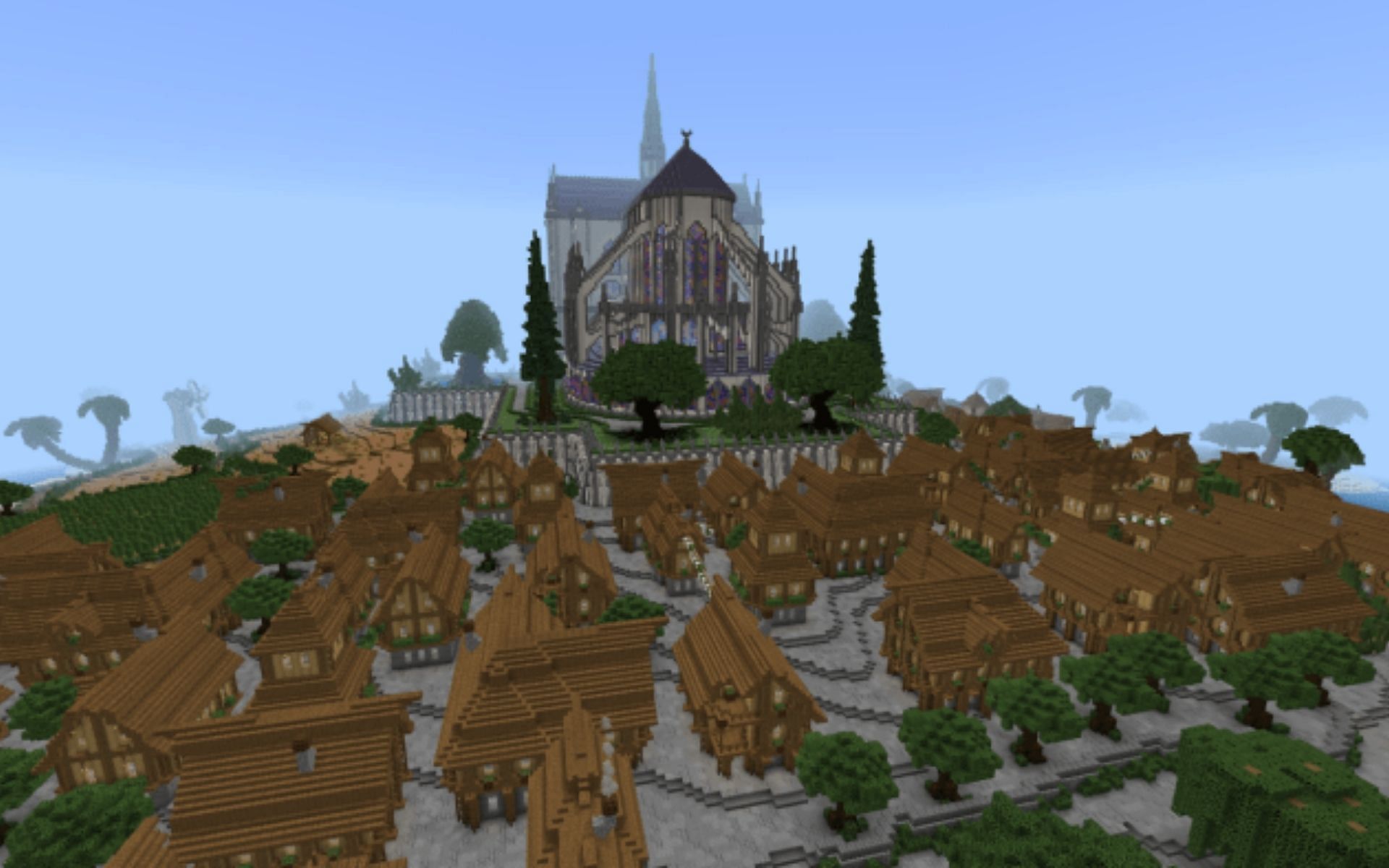 Minecraft has two major aspects of gameplay. One is Survival where players explore the world and try to thrive using their wits. The other is Creative where players can show off their creations without any restrictions.

The Minecraft community is well known for its innovative and creative builds. Especially for players who like the creative side of the game and want to build a beautiful city.

The new 1.18 update has added beautiful biomes to the game. These biomes have spiced up the old vanilla Minecraft world. Including these aspects when building a city would greatly improve the aesthetics of the place.

This article lists the top five Minecraft Bedrock seeds where players can let their imaginations run wild. From open lands to scenic backgrounds, this article will cover a range of locations allowing players to build any type of town they wish.

This seed provides players with not one, not two, but four different biomes that players can choose to build their city in. Upon spawning, players will find themselves near a lush open cave surrounded by spruce trees.

It could be a perfect site to build a hidden paradise city. Traveling to coordinates 602, 97, 148, players will also encounter beautiful snow-capped mountains. On the foothills of these mountains, they can create a city with an incredible backdrop.

At coordinates -596, 103, 262 they will come across a plains biome, perfect for building a city due to the flat terrain. Finally, moving to coordinates -1140, 95, 421 players will find themselves in the middle of a scenic flower meadow surrounded by tall, mighty jagged peaks.

2) Three islands close to each other

When building a massive construction such as a city, one of the most tedious tasks is clearing the land. However, in this seed, all players have to do is level the ground and they’re ready to build.

The seed spawns players in a desert biome near the coast with coral reefs. It also has a patch of badlands biome that can be seen from spawn. Players can create a splendid oasis in the middle of the desert and also have access to red sand which can be used to add color to their bustling city.

The city may look like Aladdin’s Agrabah, surrounded by the hot and intimidating desert, but at its heart lies a magnanimous palace. Players will also find a desert village and temple at coordinates -314, 70, 206 and -342, 68, 12, respectively.

Update 1.18 not only introduced new biomes, but also revamped the entire world generation. The caves are now much larger than before and with the addition of Lush Caves it would be a waste not to build a city within them.

This seed offers players a nice large, lush cave with flat terrain. Players can create a beautiful city in this cave. The theme could be that of an abandoned city that gets lost and sinks into the Earth. Surrounded by hanging vines and serene pools of water, it’s a perfect place to build a paradise lost.

Players should also travel to coordinates -226, -3, 78, which will take them to the perfect spot in the lush cave where they can create a city.

For players looking to build a city in a frozen wasteland, this seed is perfect. Players spawn on a frozen lake and at first glance the area is a perfect place to erect a giant city. Next to the spawn, players will also find a village at coordinates 125, 81, 62 right next to an Igloo, which is at coordinates 130, 73, 19.

The place is surrounded by an endless frozen ocean that lasts forever. Traveling a few blocks west to coordinates -335, 70, -240, players will also come across a second village. The village is near a small ice spike biome that offers breathtaking views.

Next to the village, players will also find another Igloo right next to a ruined portal at coordinates -308, 67, -380. Covered in snow and ice, this seed is perfect for building a winter wonderland.

Note: The list in the article reflects the views of the author.

2022-01-21
Previous Post: How much did Microsoft pay for Minecraft? Answered
Next Post: Minecraft Player creates their own in-game version of Monopoly using candles