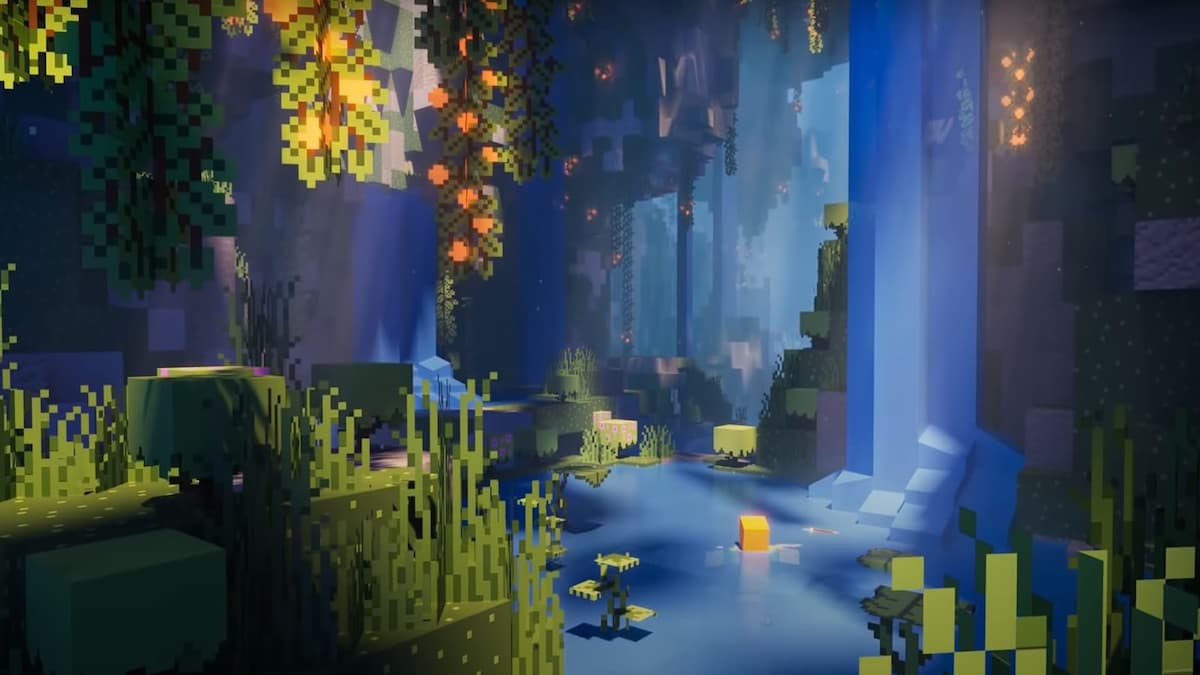 The town of Mineville is a family community where player input is important. There’s so much to do on this server, including modes like High School, Dungeon, and Prison. In high school gameplay, there are options to join a club, take classes, and explore on field trips; while Dungeon mode offers players the chance to level up by defeating special bosses in different types of biomes.

There is a purchase system in place that uses City Dollars to purchase exclusive items and weapons. A Mineville store is also available to get special passes for each mode.

Nether Games is one of the biggest Bedrock servers that many players constantly join. A variety of games are featured in this network, along with a tier system to reward players with pets and cat colors.

The famous Bed Wars is playable in Nether Games, a game where you only have to protect one thing: your bed. Another playable mode is Duels where you fight to push your enemy off a platform. These two games are just part of the extensive list, join this server to experience all the fun experiences it has to offer.

The Hive is an extremely popular network that hosts both classic and unique Minecraft gameplay. Modes like Hunger Games-style Survival and Hide and Seek are incredibly fun to play with the community. You can chat with other players by joining the social Hive Hub, featuring explorations, secrets, and seasonal events.

Special Minecraft skins are available for purchase which are created by the hive, designs such as Axolotls, Neon School Teens and Pajama Party are purchasable. Packs are also available for completing certain quests and exploring different regions.

CubeCraft has more than ten thousand players almost every day where you can explore the extraordinary halls, participate in games and fight in SkyWars. As you venture into their many Minecraft builds, players can complete challenges and climb the ranks. Lucky Islands is also another place to explore to unlock rewards and test your luck by breaking blocks to see what you get.

The phenomenon of SkyWars, a game where you fight on floating islands, has been updated with weekly exclusive items, kits and maps. There are plenty of PvP possibilities in this mode, and you can choose from duo, mega, mayhem, and even solo for those who just want to try it out. Check out this server for all the exciting events to play and collect special content only available there.

Do you like Grand Theft Auto and Minecraft? Well, here is the perfect server for you as you venture into the town of Los Vamos. You can either play as a criminal where you can climb the ranks or play the cop life and maintain law and order. In Grand Theft Auto style, the town has shops to buy weapons and properties that you can design and call your own.

Whichever way you want to play, the path of evil or justice, there’s so much to do on this server, like increasing your gang membership or catching a serial killer. Minecraft has never been done like this before, so it’s an experience not to be missed.

Let your creativity run free in Mineplex, a server that offers both mini-games and longer games. In Creative Housing mode, you can put your design skills to the test and show off your builds to other players.

For Minecraft enthusiasts who enjoy competitive building, there is a Master Build option that allows you to compete against other people to see who can create the best build, and there are also Speed ​​Builders where you can create this you want in the limited time allotted to you.

Besides these gameplay options, there are also team-based games like Mob Arena which has series of monsters to fight and Cake Wars game, similar to Bed Wars, where instead of a bed you protect a cake with your team . A new City Hub has also been updated which offers players a treasure hunt, if you find them all you can win a prize.

Minecraft remains the best-selling game of all time due to all the updates, servers like this, and other new content over the years. Using all of these networks is Mojang Studios’ way of having a solid foundation between gamers and developers.

We are sure that these six best Minecraft Bedrock servers will entertain you. For more, check out the relevant links below, and as always, look for lots of Minecraft guides, features, and news on emagtrends in the future.

2022-05-06
Previous Post: The best mobs to tame in Minecraft and why
Next Post: How to get zombie farm xp in Minecraft Bedrock Edition