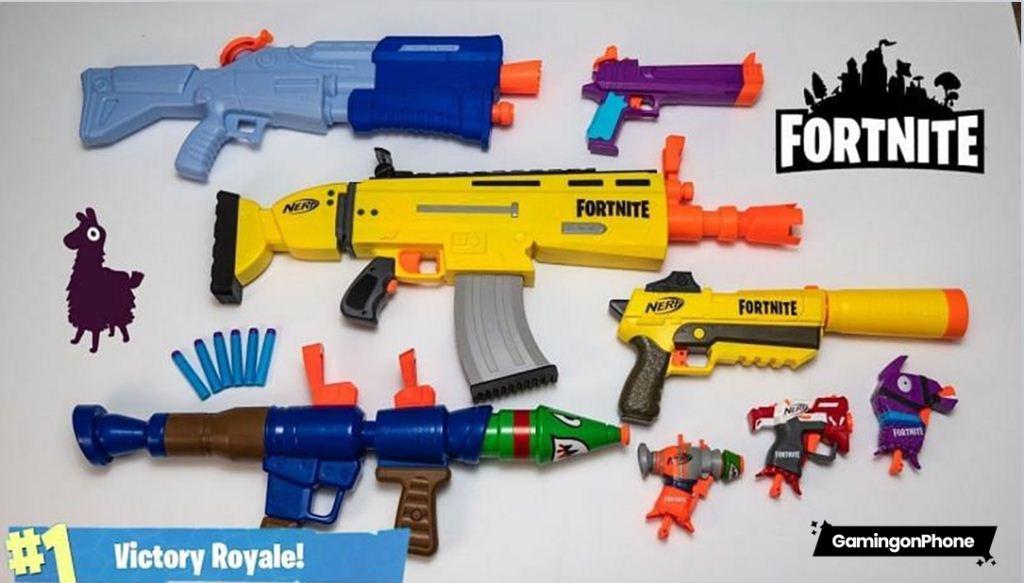 Hasbro revealed new Nerf blasters that will join their fortnite, Robloxand Minecraft lines of collaboration. Each of the rows will receive a single new blaster.

Nerf launches new blasters based on the game

First up we have the Fortnite Compact SMG, a motorized sub-machine style blaster. It is based on the Compact SMG, a fairly popular weapon in Fortnite. The blaster has an (internal) dart capacity of 8 rounds and requires four AA batteries to operate, which likely means it fires elite blasters and semi-automatic shots, which would make it a reshell of the Elite Event.

These features make it quite similar to the Fortnite B-AR, SMG-E, and AR-L, which are other blasters in the Nerf Fortnite lineup. The Compact SMG will retail at $38.99 and is the cheapest of the three blasters.

The next blaster is the Nerf Roblox Zombie Attack: Viper Strike Blaster. It’s a fairly long blaster, just like its name, and it has a sniper look while being shaped like a snake and is based on the Zombie Attack experience developed by wenlocktoad vs indra. It comes with 6 elite darts and a detachable magazine, scope and bipod.

The blaster has a fairly long barrel (which might impact performance a bit due to barrel drag) that ends in an open viper’s mouth. The blaster is air-powered and features a charging handle/priming bolt to load in a single dart and fire it, similar to the Fortnite BASR-L. It already looks a bit wonky due to the lack of proper stock. This blaster will be priced at $45.

The latest collaboration blaster is the Nerf Sabrewing Bow which is based on the weapon of the same name in Minecraft Dungeons (available on mobile via Xbox Games Pass). This one has a pretty unique motorized mechanism with an 8-round detachable magazine that shoots elites and accelerates with a bowstring instead of a rev trigger. Pressing the blaster’s forward button releases a dart from the shuttlecocks. Upon release, it will have an MSRP of $44.99.

All three blasters will hit store shelves on August 1 this year. While Roblox Zombie Attack: Viper Blaster might be a bit disappointing for Nerf enthusiasts due to its odd ergonomics, the other two blasters seem to be worth picking up.