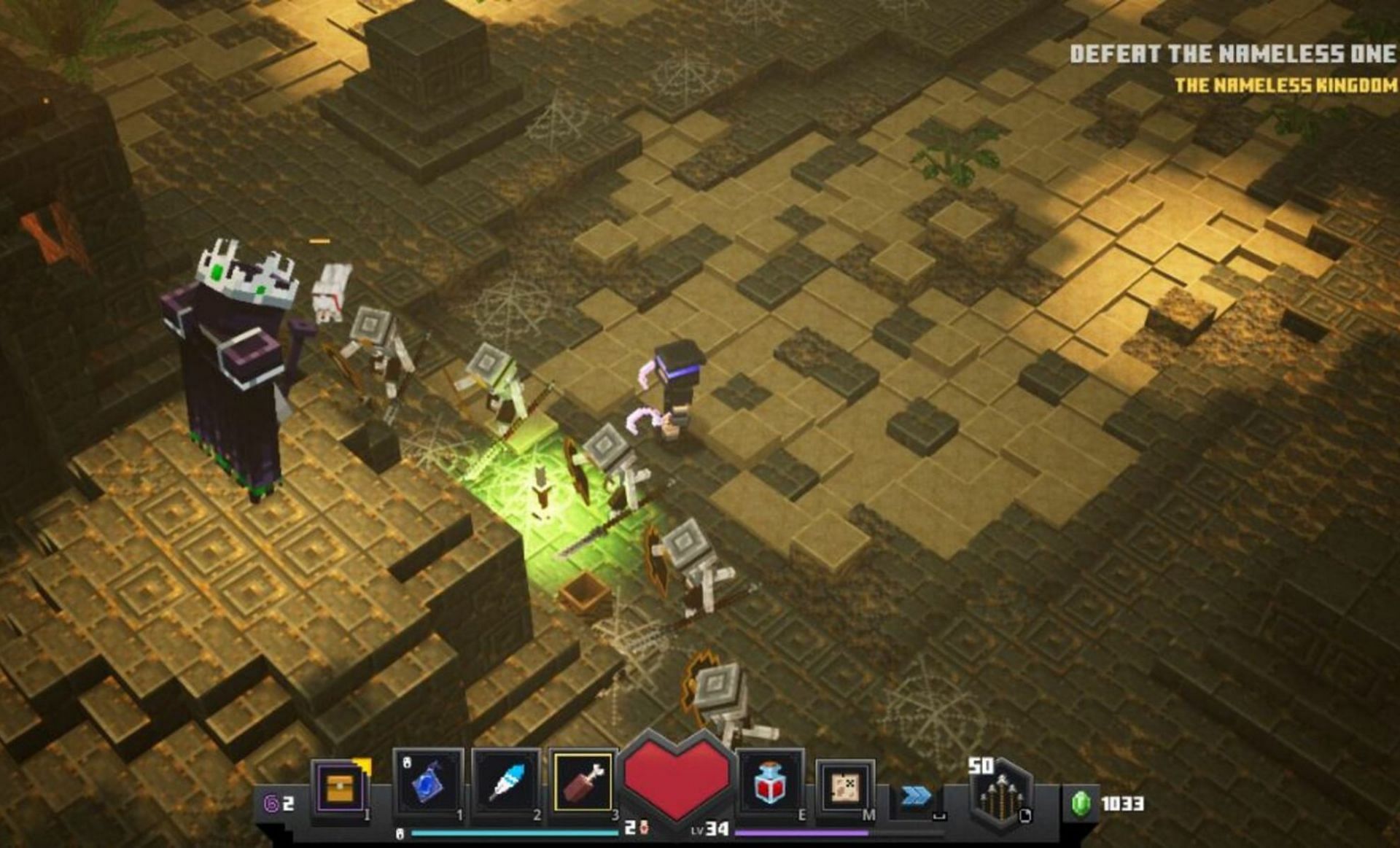 How to beat the Nameless One in Minecraft Dungeons

Minecraft Dungeons has a large list of hostile mobs that are arguably more formidable than those in Minecraft. Mojang took the classics and made them more dangerous while adding several new ones to the mix. Although the game features varying degrees of difficulty, hostile mobs are a big part of the game regardless.

The Nameless One (similar to the Necromancer), also known as the Nameless King, is one of the most difficult monsters in the entire game. It challenges players of almost all skill levels. Here are some tips for beating him.

The Nameless One can spawn in two places as a boss: the Desert Temple and the Tower. Here’s what players need to remember to defeat him.

Evasion is key with this boss. The Nameless One has damaging spells that players will need to avoid to stay alive.

The most common attack used by the Nameless One is a green blast that fires about five times in a row. It can cause a lot of damage, so Minecraft Dungeons players should strafe from side to side instead of up and down. They must also keep their distance to allow time for movement.

The most dangerous attack it possesses is one in which the Nameless One clones itself and causes all five versions of itself to attack the player. Players should get out of this circle when this happens and start shooting at them quickly.

Once they hit the real one, the clones will disappear. Healing items are imperative with the Nameless One. The damage it deals can be so severe that a few good hits knock players out. Besides normal healing items, Minecraft Dungeons players should bring whatever they can.

Summoning helpful mobs is also a useful tactic. In this case, helpful mobs can damage the clones or draw attacks in their direction to dampen some of the hero’s heat. The final tip is that range is key.

It’s nearly impossible to fight the Nameless One up close. It’s also very useful to keep ranged to stay alive and wait for healing items to kick in. Having good ranged weapons can be the difference between winning and losing when fighting the Nameless One.

Nothing can guarantee victory against every boss in Minecraft Dungeons, but these tips will help you a lot.