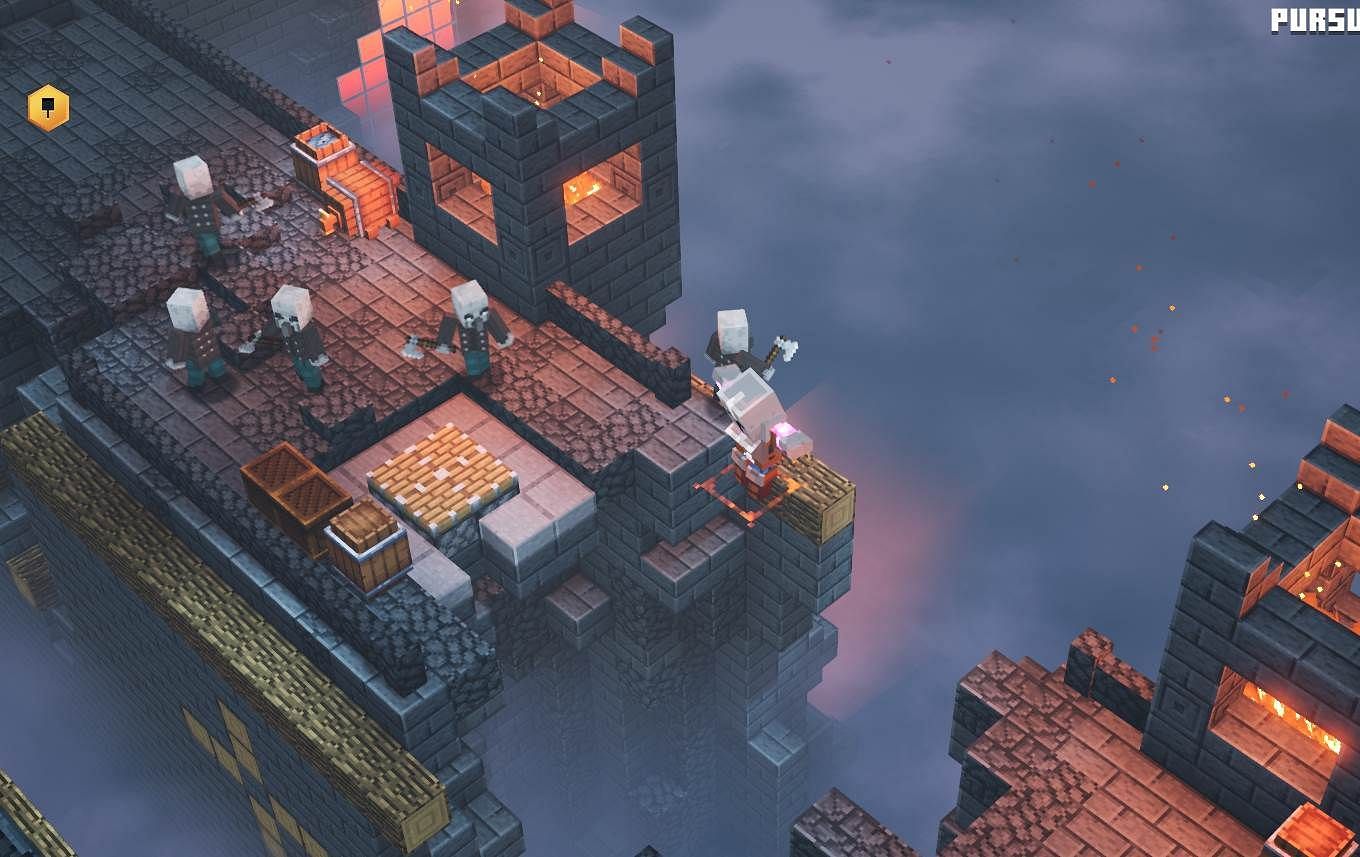 How to Get Launch Pads in Minecraft Dungeons

Launchpads help Minecraft Dungeons users overcome large gaps in levels that would otherwise be insurmountable. They can work on players as well as mobs, so they’re not really an evasion device. However, they are still very useful and players often want to know when and how to use them.

They are available on several levels but are not transportable and placeable elements. Launch pads are also one of the few items present in Dungeons but not in Minecraft.

Where to Find and How to Use Minecraft Dungeons Launch Pads

Launchpads can appear in the following levels:

Launch pads are usually found in the Obsidian Pinnacle and Gale Sanctum. One also generates in “???”, while some can generate in Camp behind the Church.

They can even generate in secret locations in the Overgrown Temple and Frostfjord. However, Obsidian Pinnacle and Gale Sanctum are the most common places to find them.

Typically, launch pads consist of four pistons in a square that activate when a player or mob steps on them. Sometimes they only have one piston, like in the secret area of ​​the Lost Settlement level.

As for how to use them, players only have to step on them to activate these items. The launch pads are very sensitive, so that’s all it takes. However, if the users do so at the wrong time, it will be impossible to descend before these objects knock them back.

This can make it very difficult to return, so players should ensure they are prepared to travel a significant distance when stepping onto the launch pads.