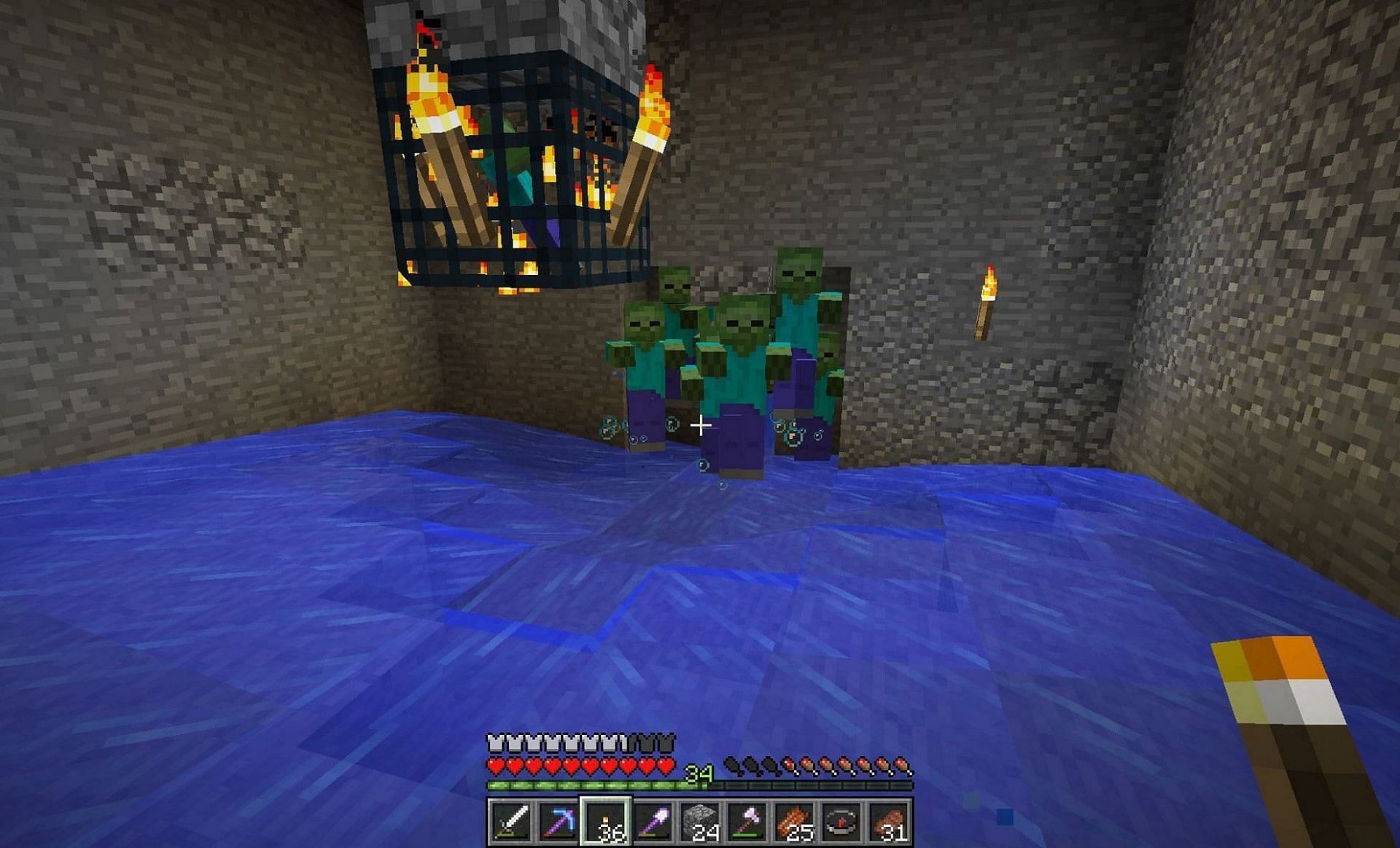 How to get zombie farm xp in Minecraft Bedrock Edition

XP is an important commodity in Minecraft. Without it, there would be no enchantment, which is a huge aspect of the game. Players wouldn’t have incredible swords with Looting III, Sharpness V, Mending I, and Fire Aspect II without it. Silk Touch would not be usable and many other interesting parts of the game would be lost.

Therefore, it is important to collect XP. When enchanting books, players must be level 30 to gain full access. However, players may need a long time to reach level 30, which is why they are always looking for faster ways.

XP farms have become very popular lately and creating one from zombies is quite easy and very useful.

The first thing players need to do is find a spawner. Generally, these are quite difficult to find. However, there are places where they usually spawn, such as in a mineshaft or a Nether fortress.

However, these will not spawn zombies and will not be useful for this task. The only places crafters can find them are in dungeons. In Java Edition they can spawn anywhere underground, but in Bedrock it will be above sea level.

With the Minecraft 1.18 update, the caves drop a bit lower, which makes it much easier to build a farm like this. When players find a skeleton or hopefully a zombie spawner, the first thing they should do is use torches, so it’s sure to work.

After that, a few floor levels need to be removed. Players need to clear three to four levels for monsters to drop into. Directly under the spawner there must be a tunnel.

The tunnel must go down at least ten blocks, so anything that falls will die. At the bottom, a hollowed out area can have a chest with a hopper for items to be picked up.

Minecraft players can rebuild a staircase and place a water source block in each of the four corners of the room. This is to ensure that anything that falls from the spawner will be pushed down the tunnel to its death.

Above the spawner, players must place a slab so that nothing can spawn directly on top and stay there forever. Once done, Minecraft players can remove the torches and drop back down to the vault and hopper room.

This part can be done while AFK, as the Hopper and Chest will collect the items. Unfortunately, it doesn’t collect Minecraft XP, so this part will require players to stand nearby and collect it. XP usually passes to a nearby player, but that’s not an exact science, so it can’t be done while AFK.