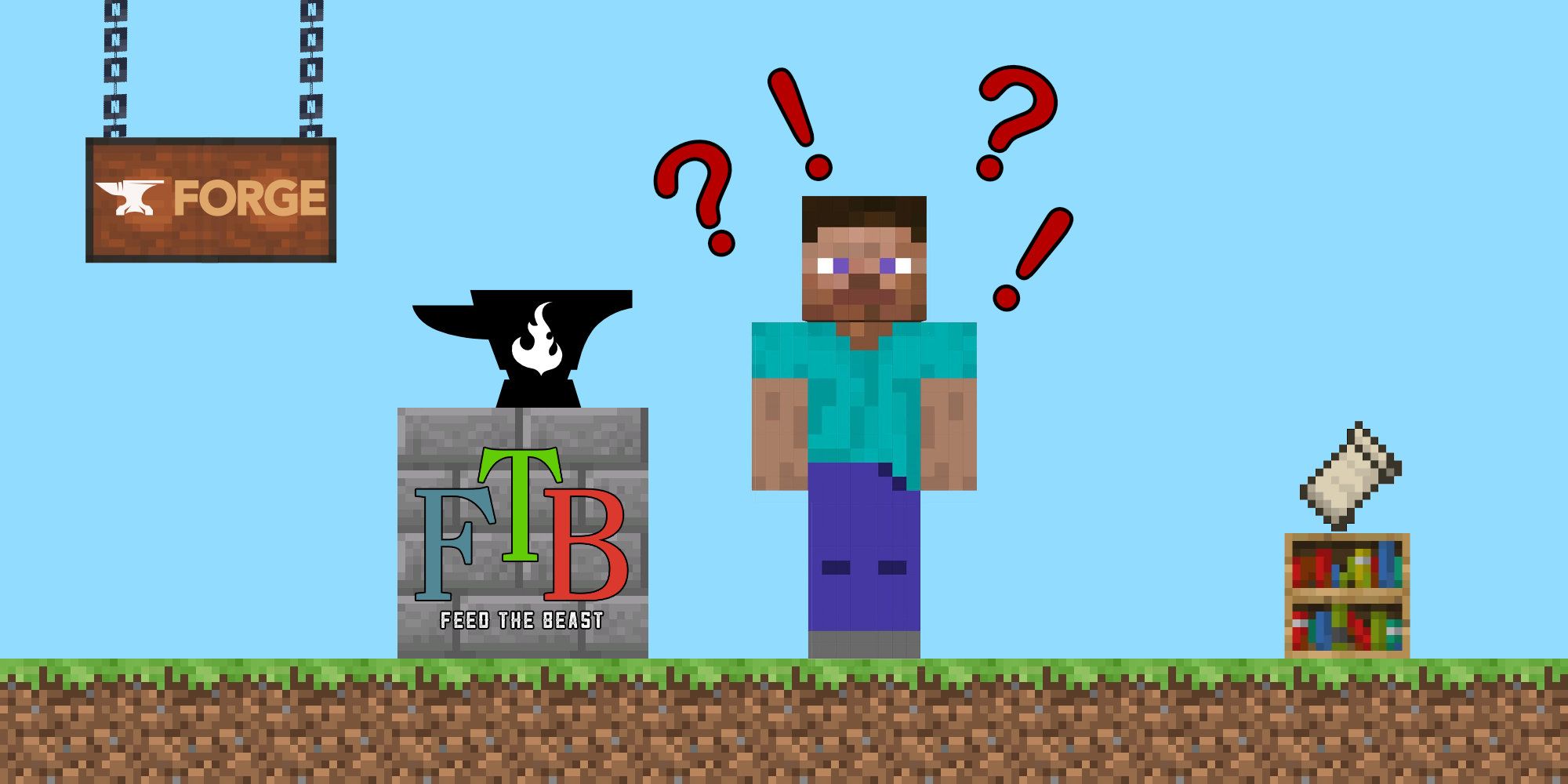 How to Use Mods in Minecraft

Minecraft receives regular official updates from Mojang that add new features to the base game. But that’s not the only way to expand your Minecraft worlds. There is a dedicated fanbase that creates their own modded versions of Minecraft that take the game into uncharted territory.

Accessing this content may seem daunting at first, but once you master a few simple tricks, you’re well on your way to becoming a Minecraft master. This guide will walk you through the basics.

What is Modded Minecraft?

Modded Minecraft is a version of the game that can run user-created add-ons, also known as mods. These extend the vanilla gameplay provided by Mojang and are supported by independent developers. Minecraft does not support this feature out of the box, so a special build is required. There are several modded Minecraft clients available, Forge and Fabric are two of the most popular. Mods for one client may not work with another modded Minecraft client.

Modded Minecraft does not always reflect the latest version. Developers usually settle on a milestone and develop their mods for that release. Older mods may not always be updated as developers sometimes lose interest or have other priorities.

The people behind the mods don’t get paid for their work and do it in their spare time, for fun. In such cases, development is sometimes taken over by a different person, but often you will need to use an older modded client to play. Don’t be discouraged, the mod often extends the base game beyond later releases. More importantly, we have to be patient with the developers as bugs will be fixed and new features may be added, depending on how much time they have to spend on each mod.

What are data packs?

Mojang Featured data packages with Minecraft Java Edition v1.13. Prior to this, the only way to extend functionality was with a modified client. Data packs extend the vanilla experience, but cannot achieve a true modded experience. There are many quality of life modifications available, such as “one person” sleep and instant tree cutting. Check out vanillatweaks.com for some of our favorite data packs.

We expect Mojang to continue supporting data packs. The developers are already pushing the boundaries of what’s possible, and over time we hope Mojang will extend the datapack API to provide an official way to fully mod Minecraft.

How to play Modded Minecraft?

First, you will need a modded Minecraft client. If you are playing a mod pack this is easy and will be part of the installation process. All you have to do is download the mod pack installer and follow the instructions to get started.

If you want to create your own mod pack or just install a few mods, you will need to install a modded Minecraft client. Forge and Fabric are two popular options and have a good modding community behind each. You can find their installers at Forge and Fabric. Once you’ve installed your client, you’re ready to install your mods.

Remember that mod developers target their work to a specific client and version, and some mods will not work across different versions. Check the compatibility of the mod before installing it and if it is not compatible you may need to find an alternative. This shouldn’t be a problem as there are often multiple mods that provide similar functionality.

Where to install mods?

You install mods in the ‘mods’ folder found in your Minecraft installation directory. You can find it easily from the Minecraft launcher. For Windows users, open your modded Minecraft client launcher and modify the install. You will see the game directory path with a clickable button that opens the installation folder. If the mods directory does not exist, you can create it manually. Alternatively, start the game for the first time and it will create it for you.

Mods come in the form of a ‘.jar’ file. You need to move them from your downloads to the mods folder. If you have problems running the mod, check the version of Minecraft required by the mod and that you copy it to the correct installation folder.

What mods should I get?

There are far too many mods to list and your choice will depend on your goals. Some mods don’t update for newer versions of Minecraft, forcing you to use an older version. This may affect the availability of mods. That said, the most popular mods are maintained and you will find later versions. Here are some of our favorite mods:

Handles many of Minecraft’s multiplayer features and includes a friends list, chat and messaging, and cloud saves. The guys behind the mod are adding new features all the time.

Journey map (and other map mods)

Adding a map to your deck is one of the best upgrades you can make. The map is built as you explore and reveal surrounding lands. Press ‘M’ to display the map showing where you are. You can add waypoints and markers for points of interest and determine where you want to be. There’s also a handy “mini map” that’s positioned in the corner as you play, giving you a live preview of the area, including monsters.

Lighting up your base can be a nightmare. With the light level overlay, you can see where you need to place torches (or other light sources). Two modes are available. By default, you get red and yellow Xs indicating areas that need lighting. Switching to numeric mode allows you to see the light level value for each block. Anything below level eight is red and should be on.

Twilight Forest adds an extra dimension accessible through a portal similar to the Nether or The End. You can expect plenty of wooded areas made up of tall trees that block sunlight, giving a dark atmosphere in perpetual twilight. Progress through challenges as they increase in difficulty, battling monsters and bosses in dungeons and encounters.

If you ever thought the food selection in Minecraft was poor, look no further than Pam’s HarvestCraft. It adds hundreds of food options to farm, hunt and fish to become a top chef.

What about mod packs?

This is a simpler question and the route we recommend for modded Minecraft newcomers. Each mod pack will list the mods included. One of the main benefits of a mod pack is that the compiler tests the mods to be included and confirms that they work together. Here are some of our favorite mod packs:

This is a great mod pack for new Minecraft mods. It eases the journey from vanilla by introducing some of the most popular mods while reducing the fluff and complexity of some packs. Don’t be put off by the fact that this is a starter pack. There is still a lot to do and once you exhaust the mod you can upgrade to the more advanced FTB: University pack.

Skyblock achieved notoriety on YouTube, gaining a huge fanbase and spawning countless clones. It started life as a map with a small island in the sky with no other blocks in sight. You progress through the game by completing challenges. There are many mods like Modern Skyblock and SkyFactory that take this concept further by adding mods and new challenges. Players should be careful and make sure they make a bed and get some sleep whenever they can. It’s game over if you accidentally fall off the island.

Created by Feed The Beast (FTB), Oceanblock takes place on a floating island in a vast ocean. You start with limited resources, but you can get by with those to begin with. Start by exploring nearby rafts as close as possible, but aim to craft a boat as soon as possible. This will make the chore faster. You progress through the game by completing quests. You will need resources to build various contraptions needed to progress through the game. There are new ways to do this and this puzzle element brings a dynamic to Minecraft that can only be found in similar mod packs.

Next: Complete guide and walkthrough of Minecraft

Part of Stardew Valley took an unexpected turn when the streamer heard gunshots outside.