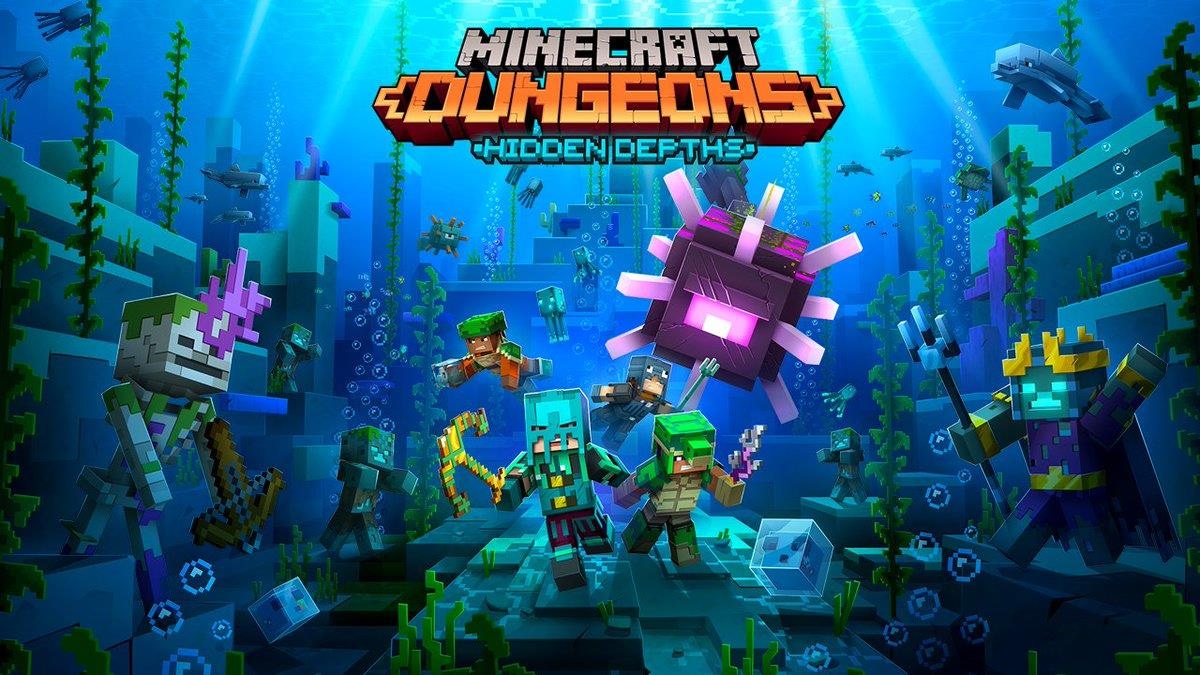 By: Nicole G. Owen
In: Minecraft
Mojang Studios has announced Hidden Depths, the next DLC expansion for Minecraft Dungeons, which will launch alongside a free content update on May 26.

Hidden Depths will take players on an “awesome aquatic adventure” to combat “widespread corruption that has reached the darkest depths of the ocean”. Other than that brief description, Mojang Studios hasn’t said much about the expansion, but we can probably expect new enemy types, loot, enchantments, and a new batch of achievements.

What Mojang Studios has provided more detail is the usual free content update that comes with a Minecraft Dungeons expansion. The free update includes a new feature called Raid Captains that “challenges new enemies that will change the way you play the game.” You’ll need to seek out Raid Captains in hidden corners of the world to add “a new level of challenge (and new treasures) to your missions.”

Hidden Depths will launch on May 26 and will be available through the Season Pass or as a standalone purchase.

In other Minecraft Dungeons news, a recent update added cloud cross-saves and cross-progression to the blocky dungeon crawler.

Are you excited for more Minecraft Dungeons content? Let us know your thoughts in the comments below.