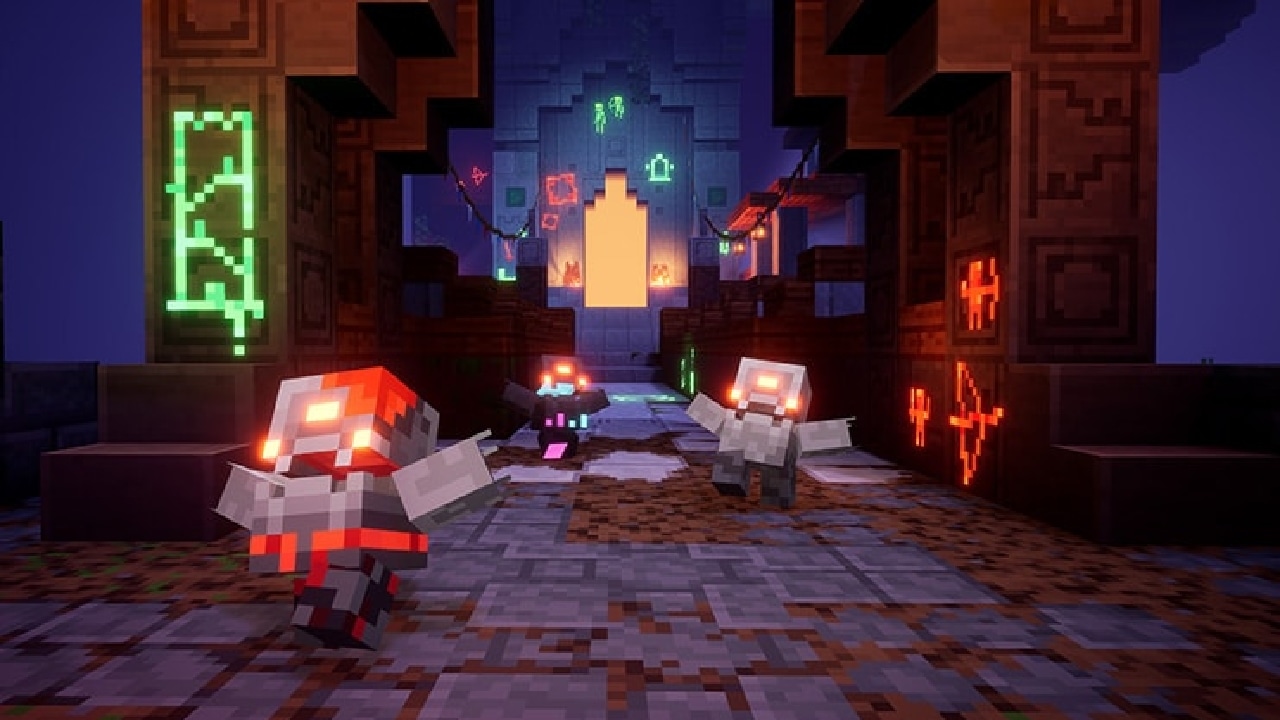 By: Nicole G. Owen
In: Minecraft
We just picked up the list of Luminous Night achievements for Minecraft Dungeons. There are ten achievements worth a total of 280 Gamerscore, none of which are secret.

Minecraft Dungeons is developed by Mojang Studios and published by Xbox Game Studios, and was released on May 26, 2020. The game is available through Xbox Game Pass and PC Game Pass.

Seasonal adventure Luminous Night adds “cool new ‘tower’ floors that include everything from mysterious murals and puzzling puzzles to a wildfire – a fiery enemy that may prove too hot to handle, even for most seasoned adventurers”. New rewards include skins, capes, and flairs, and there are also new pets: the Ministrosity and the Abomination, which you’ll need to interact with to unlock a few of the Luminous Night achievements. The update also adds the Storage Chest along with other quality of life features.

The Luminous Night update is released today, April 20. Will you go for it to unlock his achievements? Let us know in the comments!