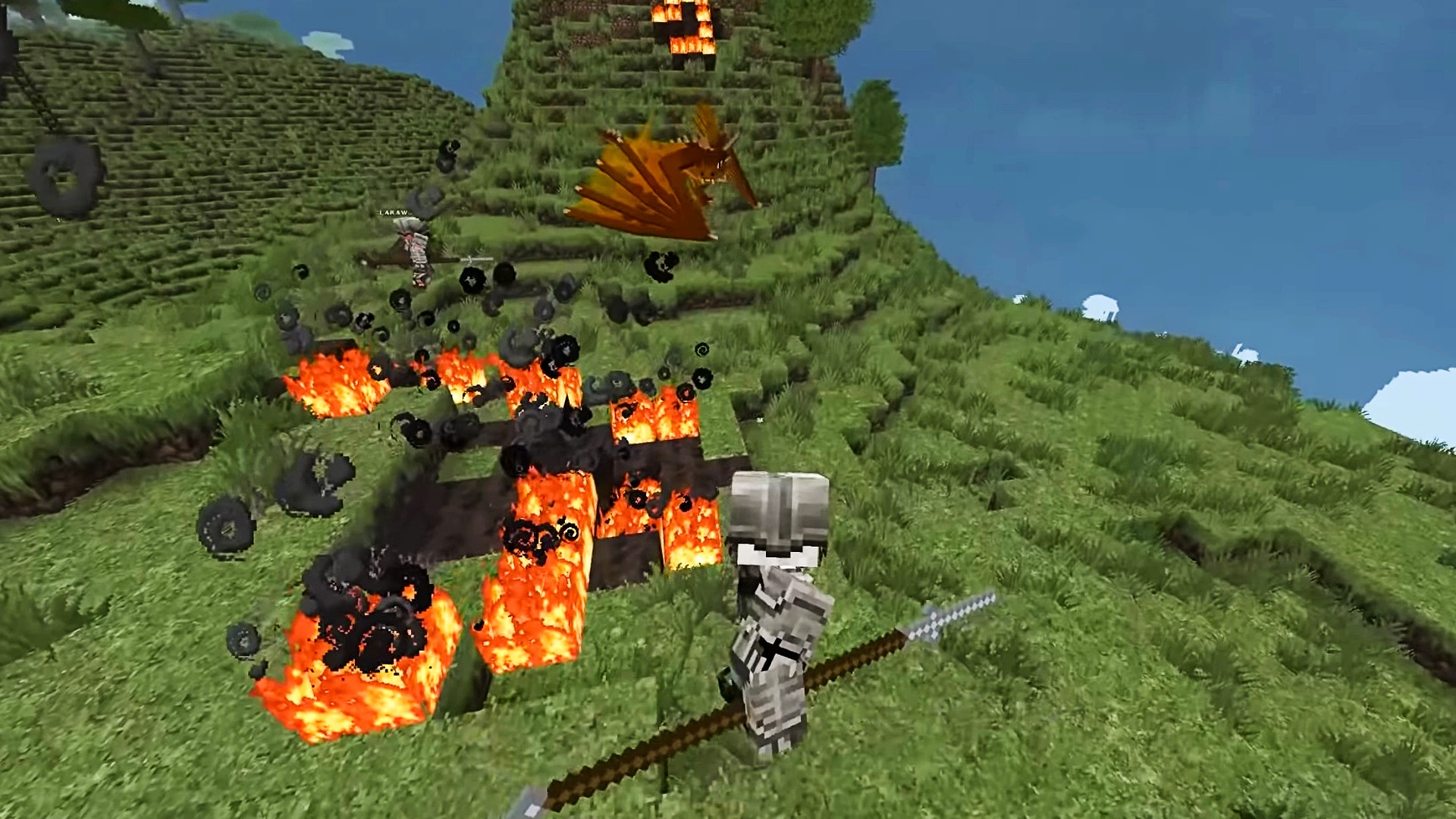 Minecraft’s version of Elden Ring is here, and it’s amazing. Marrying these two gaming titans seems like an impossible task, but thanks to the power of modding and a very committed YouTuber, it’s now a reality. Moreover, it is quite easy to do it yourself.

The YouTuber in question is AsianHalfSquat, who does a lot of Minecraft mod videos highlighting the great work the community is doing in the building game. This time it wasn’t one mod they were pushing, but more than 40.

In the video, AsianHalfSquat goes over each of the mods they chose in detail, explaining why they were chosen, minor changes you may need to make, or potential issues they may cause. It’s a lot to take in, but it’s worth watching the video just to understand just how daunting this undertaking is. If you feel like it yourself, you can find the Shattered Ring mod pack at the link.

The result is a game that certainly looks like Minecraft, but not the way most know it. Instead, combat has more depth with different weapons involving new timings to consider and button mashing is no longer a viable strategy as the toughest mobs will punish you for it. New bosses roam the world ready to attack without notice as they destroy the environment and decimate players.

Dungeons look gruesome, with hordes of enemies and incredible textures lining their walls. They even have dragons that fly around the world and unleash explosive fireballs willy-nilly to kill you and burn the land itself. This is one of those moments that really shows just how awesome Minecraft mods are, and we can’t wait to see what’s next in the world of Minecraft Elden Ring crossovers.

In more mainstream news, we just saw the release of another Minecraft snapshot that introduces a game-changing element in the form of the Recovery Compass.