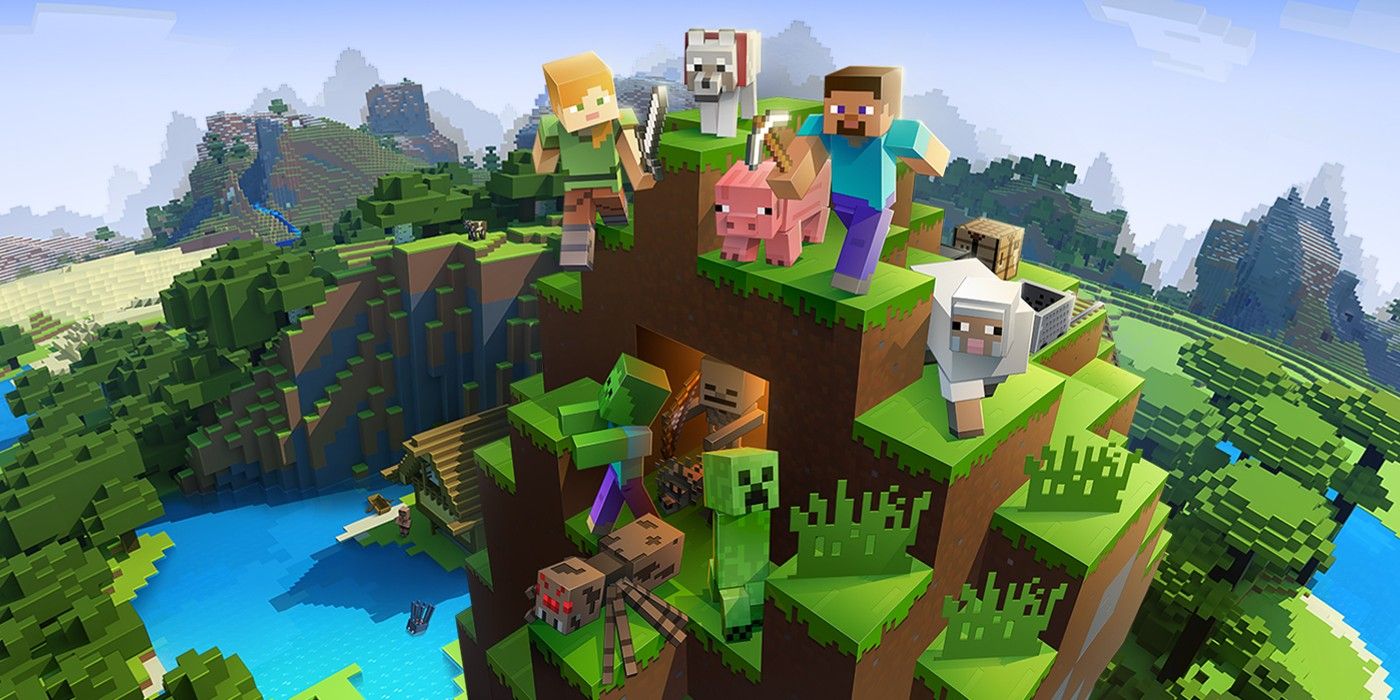 A Minecraft player on Reddit has posted a video in which he dissects part of a world, revealing a wealth of hidden details and stunning visuals.

A Minecraft player featured a video in which they strip away layers of a world for awesome visual effect. The block-based game is currently eagerly awaiting 1.19 Wild update, which promises new enemies, biomes and even a new Minecraft lore-revealing music disc for players to familiarize themselves with.

Over the years, Minecraft became more and more complicated, with the biomes both above and below becoming increasingly complex and detailed. New objects and materials are regularly added, making the world even more dynamic. This makes exploring a newly generated world perhaps more exciting than ever. Players can easily spend hours investigating the world around them, exploring hills and mountains before diving underground. And once underground, it can be easy to get lost walking through natural caves, the remnants of old mines and the odd dungeon for good measure. It really says something that the 1.18 Minecraft caves and cliffs The update, released at the end of November last year, still holds many undiscovered secrets for some players.

With so much to discover, some curious players may wonder how it all fits together. In the case of Reddit user brendt_gd, they decided to find out for themselves. Taking inspiration from YouTuber docm77 and his “World Eater” machine (an incredibly destructive Redstone creation using large amounts of TNT), brendt_gd put together a short series of commands in order to effectively “melt down” part of the world. This was accomplished by first creating a square perimeter of 120 blocks of glass blocks to prevent spillage of fluids, then having the enclosed space removed by replacing one layer of blocks after the next with air. Flying through the air while this process was taking place allowed them to effectively look through the Minecraft world beneath them, a show they recorded with the help of the popular Replay mod.

brendt_gd commented that it was “strangely satisfying to watch pieces melt under your feet“, which is certainly an apt description. As the commands run, a large underground lake below a hill is quickly exposed, before this too is obliterated and the view no longer penetrates deep in the underlying rock Caves appear and disappear, appearing as small pockets of air, as pools of water and lava do, and even lower there are more bursts of color due discovering amethyst geodes The whole process was run on a world with the aptly named seed of “dissect” (although brendt_gd can unfortunately not provide specific coordinates for the location) and is a delight visual for everything Minecraft player.

Watching brendt_gd’s video is a particularly gratifying experience. The timelapse-like excavation, rapidly moving downward through the layers of their Minecraft world, constantly attracts attention with new emerging details. The video proves that there is always something interesting nearby in Minecraft‘s underground, even if it doesn’t seem like it sometimes. The constant reveal of new features creates a feeling of rapid discovery, effectively condensing the basement Minecraft experience in a short burst of video. It’s what makes watching the process so “oddly satisfying” for audiences. Being able to experience games from new perspectives is always fun, as many console and mobile gamers will witness with the long-awaited introduction of Spectator Mode for Minecraft Bedrock. The brilliant visuals created by this timelapse revealing the depths of Minecraft are merely the latest, though certainly spectacular, example.

Next: How To Get Back To Minecraft If You Haven’t Played In A Decade

Matthew Wilcox is a freelance writer for Screen Rant, specializing in gaming news. He previously worked as a bid writer and proofreader.