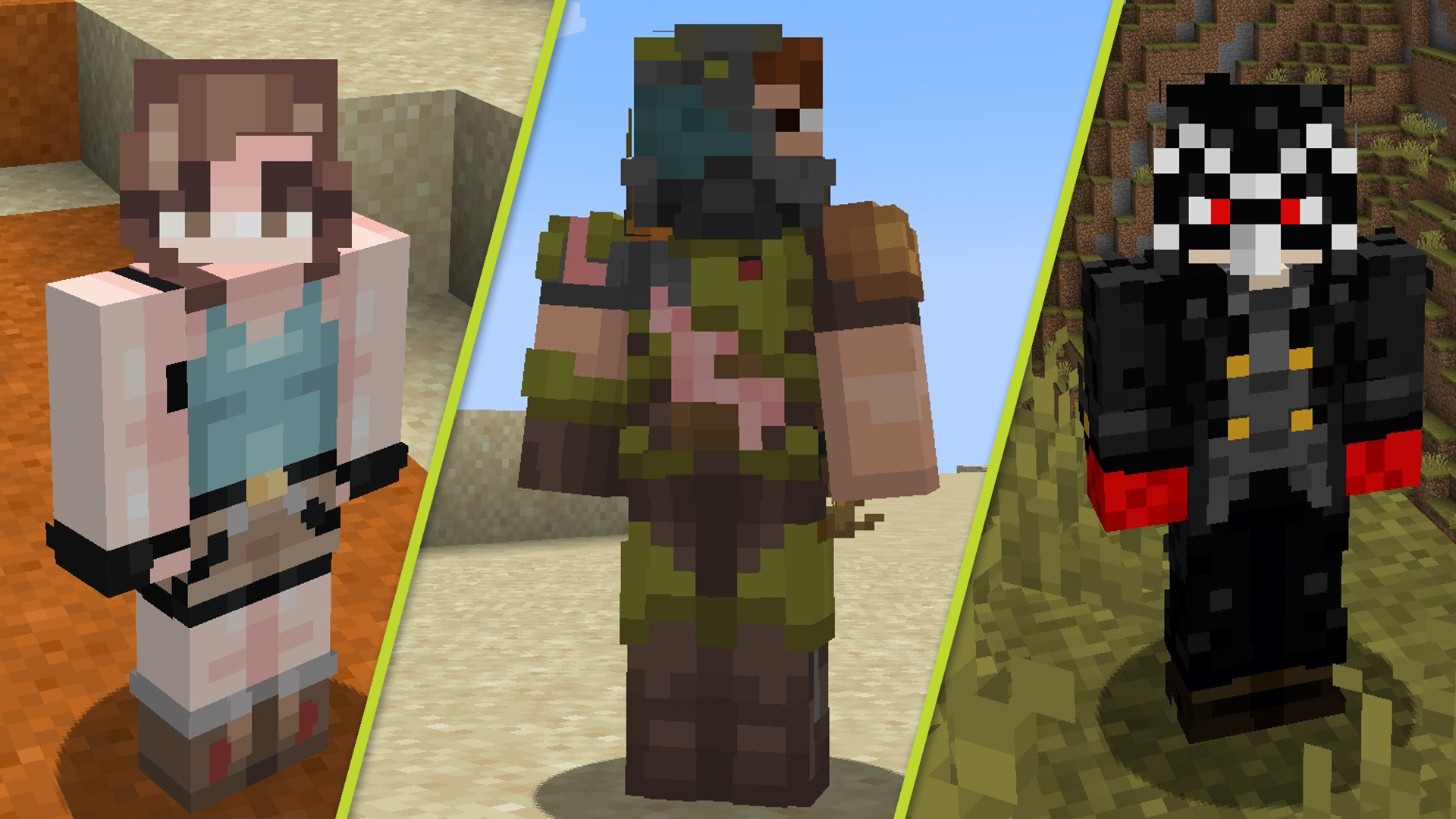 Minecraft has taken the world by storm, allowing players to be as creative as possible. No one could have seen this minimalist game become the success story it is today. Minecraft has truly embraced gamers and encouraged them all to create and build their own unique worlds. But creating these exciting landscapes isn’t the only thing you can do – you can also change your look using the best Minecraft skins your character will be able to wear.

Over the years players have tried to compete with the best minecraft skins by recreating iconic video game character skins, from Commander Shepard from Mass Effect to Leon from Resident Evil. So why not call all your friends and make them jealous with your incredibly well-stocked wardrobe of iconic video game skins.

If a catwalk isn’t your thing and you fancy diving into crystal blue oceans like Lara Croft or lauding the sun like Solaire of Astara, we’ve got you covered. Here, we’re going to take a look at the best video game-themed Minecraft skins you can get your hands on.

The best Minecraft skins are:

Have you ever wondered what the Minecraft universe looks like? Well, this amazing Commander Shepard MC Minecraft skin can give you an idea of ​​what to expect. Prepare to save your Minecraft world from the reaper invasion and build your own citadel to help keep these evil forces at bay. Also, wouldn’t you want everyone to know that this is your favorite citadel in Minecraft? 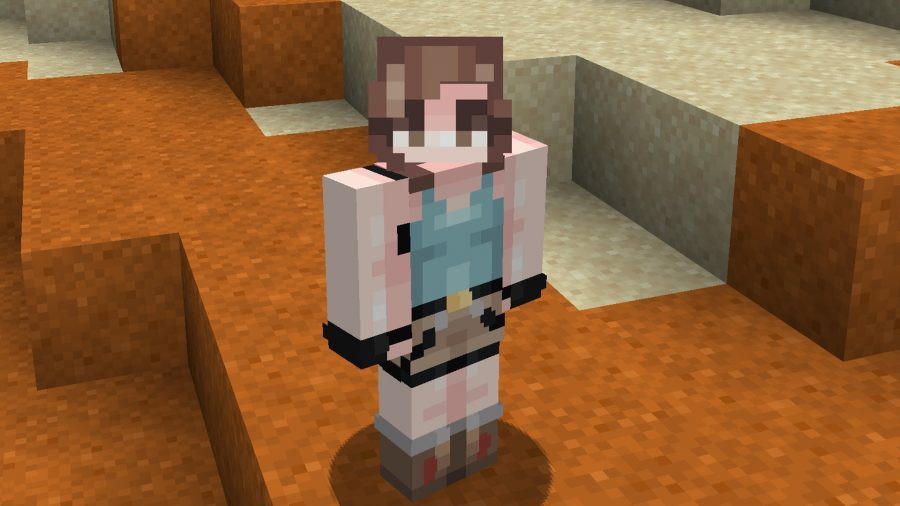 With so many caves and dungeons to navigate, it only makes sense that you do it Tomb Raiding style as the icon herself, Lara Croft. Playing as Lara Croft will give you that authentic treasure hunt feel, letting you embrace your inner Tomb Raider and get that gold or diamonds in this case. Don’t forget to dive from the top of a mountain into the beautiful crystal blue oceans, you wouldn’t be Lara Croft without at least trying to do so.

There are Lara skins of every description, from classic to Underworld – so take your pick now. 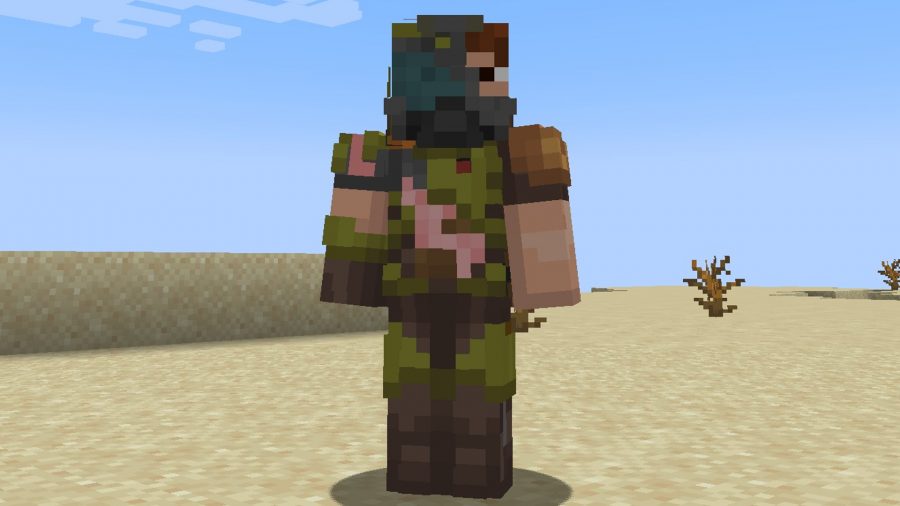 Want to experience the thrill of combat? Did the Endermen give you nothing but hell and you want to reciprocate? Then look no further than this awesome Minecraft MC skin of the demon hunter himself, Doom Guy.

This skin will make you feel like you are exploring the depths of hell as you jump through ender portals and slay the ender dragon. This battle-damaged outfit adds to that fantasy of you battling wave after wave of enemies and emerging victorious. 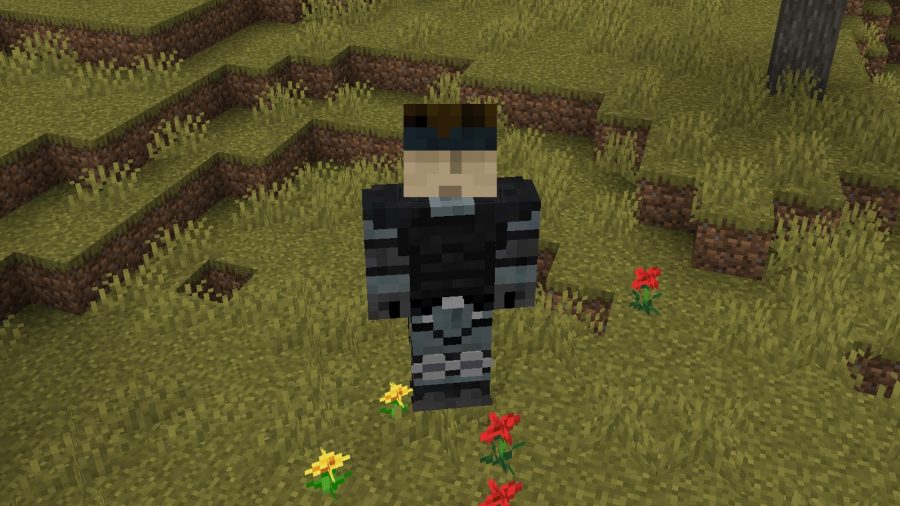 Metal Gear Solid is a series beloved by many, so who wouldn’t want to run around their Minecraft world as the legendary Solid Snake? This fantastic Minecraft skin is a class act, dressing you as the original Solid Snake from the PlayStation 1 era. Roam your Minecraft world in this all-black and gray outfit, and who knows, you might find a cardboard box or two to sneak up on you. 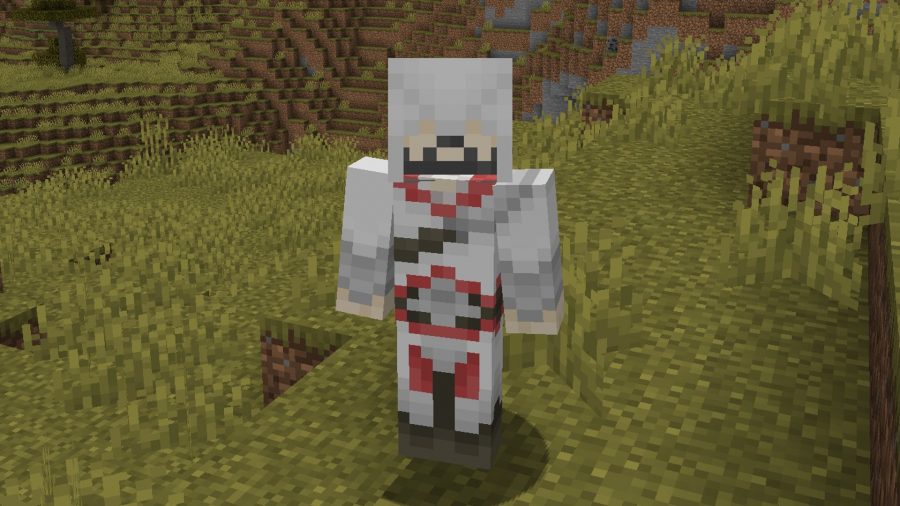 One of everyone’s most beloved assassins, Ezio Auditore, has sunk into our hearts with his debut in Assassins Creed 2. So why not recreate that amazing experience using this awesome skin of the famous assassin. Just be careful plunging headfirst into haystacks – they’re probably not going to save you from falling in this game. 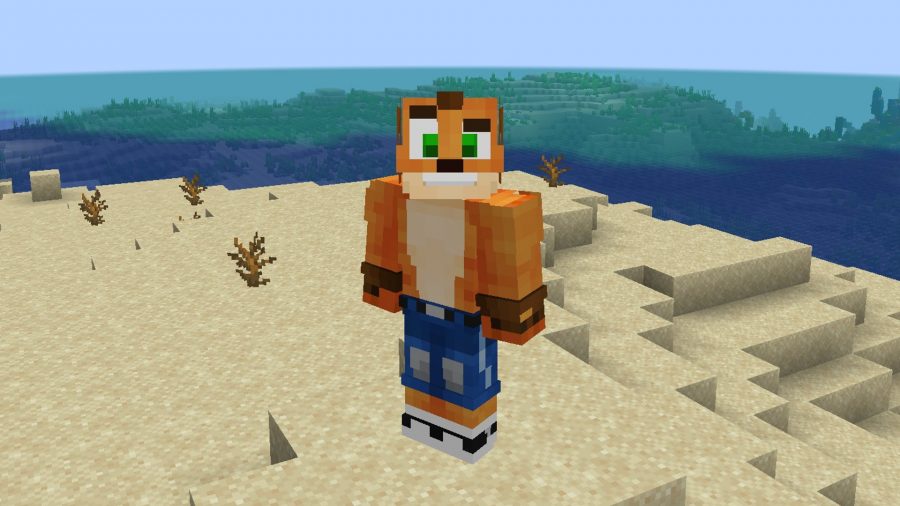 Life is better with Crash Bandicoot in it. This fruit-loving wumpa hero has been lovingly recreated in Minecraft, allowing you to terrorize the inhabitants of your Minecraft world in true Crash style, jumping on their heads and pinching their fruit. 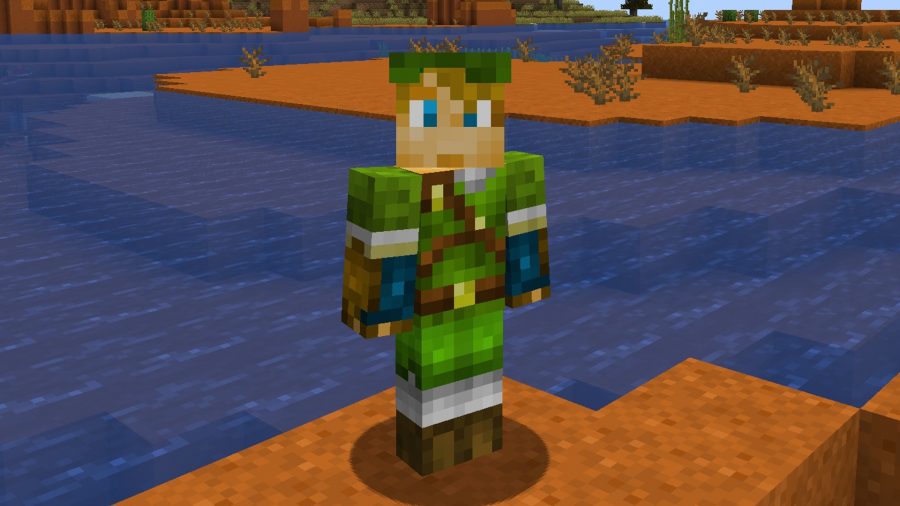 This fantastic MC skin features Link, the hero of the Legend of Zelda series of games. Link is equipped with his basic all-green outfit and even comes with his legendary shield. So go on, save your Minecraft world from the forces of darkness – while doing it in style as one of the most iconic video game heroes of all time. 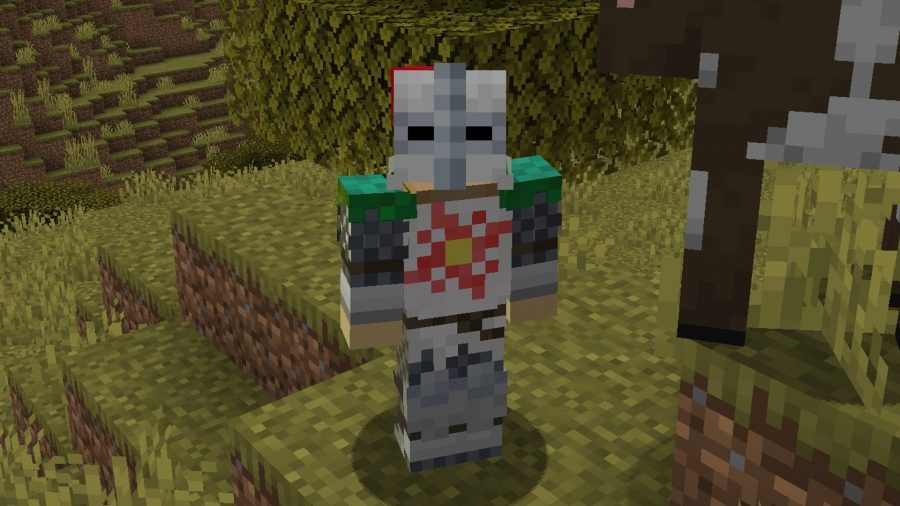 Praise the sun. This will be the only sentence you will whisper as this adorable warrior from the famous Dark Souls series. This Minecraft skin lets you rewrite Solaire’s history, so he can have that deserved end we’ve all dreamed of. 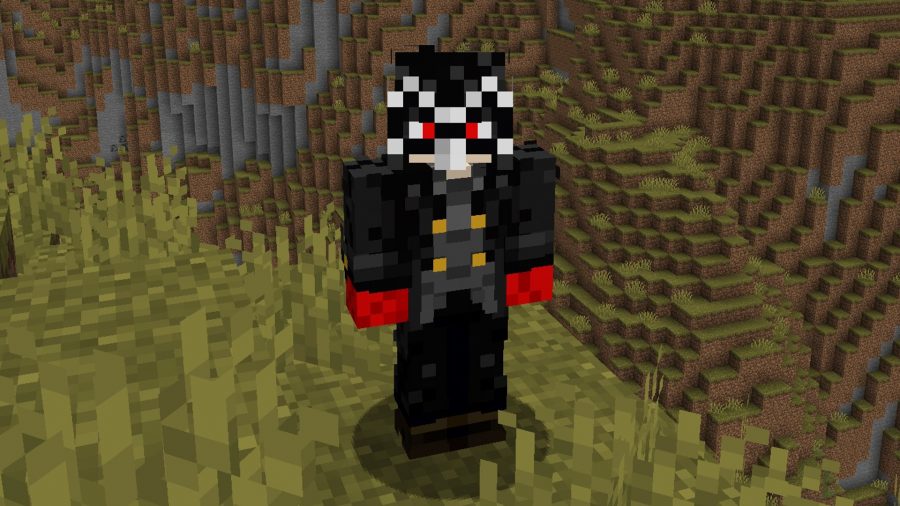 It looks like memories may have leaked into your Minecraft server, so you better gear up and be ready for battle. Don’t worry, you won’t be doing it alone because Joker is here to help, complete with red gloves and a slick mask.

So go explore all the dungeons, collect as much loot as possible, after all that’s what a good phantom thief would do. 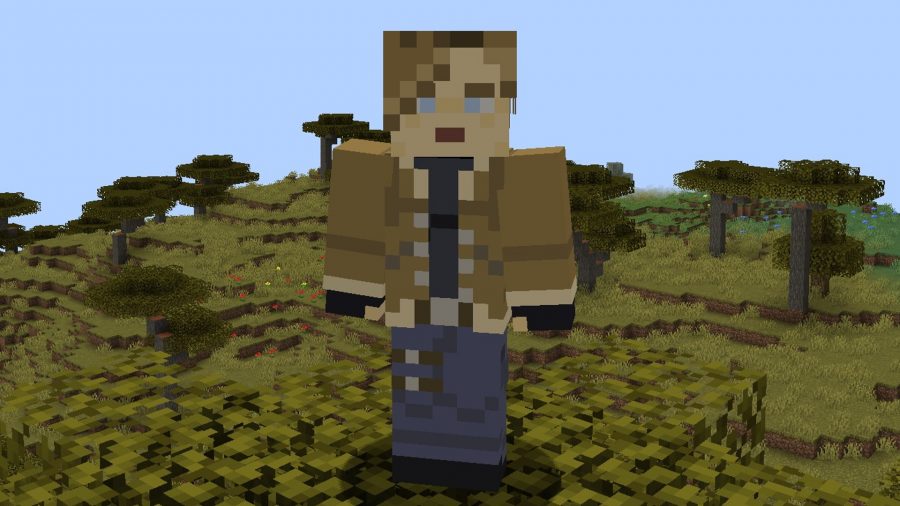 Did you ever think Resident Evil 4 would be better off without Ashley? Of course you have. Well, now that dream can come true – through your Minecraft server

Put on this Leon S. Kennedy skin, which comes with a very fashionable faux brown coat. You can now explore and eliminate vines, skeletons and Endermen – it’s a whole new adventure for Leon, one with fewer people calling out his name every five minutes.