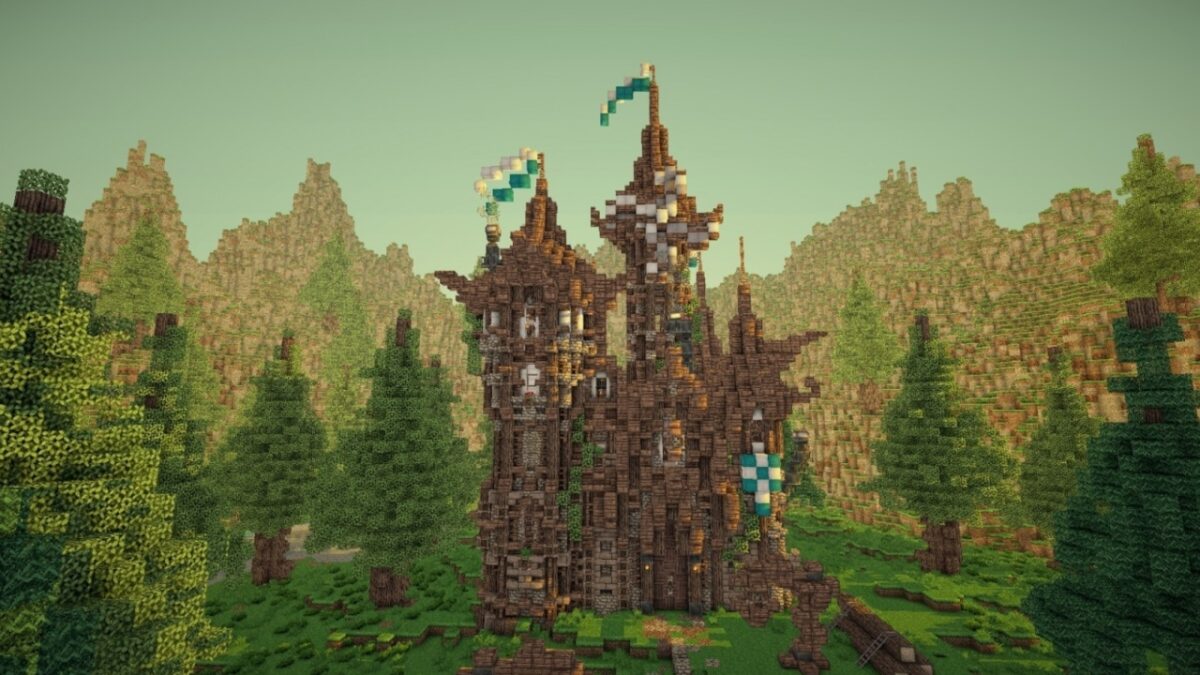 Minecraft has been around for over a decade now, and we’ve seen so many changes since then. The latest updates were Caves & Cliffs and The Wild, introducing massive dungeons and cave areas with lots of new items and mobs. Mojang has made sure that we stay fixated on our screens with all the latest content.

No matter how long you’ve been playing, we’re sure there’s plenty cool things you didn’t know you could do in Minecraft. Some of them are basic and make your virtual life easier, while others are more advanced. Let us know how many of these secrets you already knew and how many were new to you.

I remember the first time I tried to place a candle on a crafting table in Minecraft and failed. The problem is that the place-object and open-object buttons are the same. So when you try to land the candle, the crafting table opens. Here’s a tip: Crouch so what place the candle. The game includes you trying to put the candle on the table.

If you’re new to crafting, check out our crafting guide in Minecraft.

Different types of fuel in Minecraft

Coal is sometimes hard to come by when you need it most. I usually head to the nearest caves and cut until I find a group. However, you may be panicked and need a fuel source quickly. The different types that work are sticks, tree logs, charcoal, and lava (from a bucket). Each type burns at a different rate, so you’ll want to use them for the right occasions.

Once you’ve mastered using smelting, here’s a guide to what you can do with copper in Minecraft.

What can you do with copper in Minecraft?
READ MORE

The Mushroom Biome is a safe zone

Tired of running away from mobs at night, but still want them to appear so you can fight them one day? Instead of changing survival mode to peaceful mode, see if there is a mushroom biome nearby. For some reason the mobs do not spawn overnight in this area, which means you can mine, farm and build as you wish.

Now that you can explore in peace, you might want to check out our Minecraft mining guide.

Many ways to use water in Minecraft

Water, as in real life, is a valuable resource in the game. Although you won’t drink it, you will definitely use it for farming in Minecraft so that your crops can grow strong and healthy. You can also place a water block on top of a cliff and use the resulting waterfall to descend or climb. For the more advanced player, water is essential when mixed with lava to craft Obsidian Blocks. Don’t forget your potions either!

Since you need water so badly, it helps to have a endless supply near you. All you have to do is dig a 2×2 hole only 1 level deep and place two buckets of water diagonally from each other. They will fill the other two holes endlessly. When taking water in a bucket from a space, wait for it to refill before taking another one.

Light up your home with chandeliers

Why settle for candles and normal lights when you can make a chandelier for your home? Just set up a chain or block from the roof, with a assortment of fences or windows built in a way that pleases you. You can then use different light sources to illuminate your home. Glass panes tend to reflect light, allowing your chandelier to provide more light.

You don’t have to defend your homeland on your own! You can create two active monsters that will wander around and fight any enemies they find. The first is a iron golem, consisting of four iron blocks and a carved pumpkin as a head. You can also have a Frozen experience with a snow golemstacking two blocks of snow with a pumpkin head.

Keep Creepers at a safe distance

If you’re new to Minecraft, Creepers are those armless green mobs that explode as soon as they get close enough to you. They can destroy entire homes and structures, leaving you in tears. Fortunately, creepers hate cats. So fill your home and farm with these adorable kittens, and you and your home will be safe.

Of course, you will have to learn how to tame a cat in Minecraft if you want to achieve this goal.

When you defeat a Blaze in the Nether, it drops Lightstone Dust. This resource is handy for crafting glowstone blocks, which is another source of light. You can also make powerful potions. However, the Blaze can be difficult to defeat if using standard weapons. We recommend make snowballs snow in the Overworld, as they are weak against them.

I also recommend learning how to craft a shield in Minecraft to protect yourself from damage until you defeat the Blaze.

If you’re anything like me, you’ve tried building great castles and gateways in Minecraft. The problem most of the time is going too far out of a block and falling to your death. Did you know that squatting can save you from this dilemma? If you squat, you can move slightly away from the block and attach other blocks without falling.

Teleport with a portal

Here’s a trick I used to travel long distances quickly in the Overworld. The distance is not the same in the Nether, where two or more Nether Portals are useful. If you place two close to each other in the Dark Underworld, you will respawn at a greater distance in the Overworld. This is a fun trick to use when traveling across multiple maps.

To create a nether portal, you will need to chop obsidian blocks and organize them in a specific way. So be sure to learn how to find diamonds in Minecraft because you will need a diamond pickaxe for this task.

Make your own apiary

When the bee update appeared in Minecraft, players went crazy taming and collecting them. Well, I did, anyway. The only problem is that they tend to fly to the nearest flowers produce honey. If you want to keep them close, there’s a simple trick.

Build glass walls up to about nine blocks. Make sure you have flowers on the grass in the perimeter, and it doesn’t hurt to have a tree or two nearby.

The bees will try to return to their hive when they are done collecting. I recommend you make a beehive and place it on a tree or a glass block. The bee will immediately move towards it, turning it into a house. You will eventually see honey dripping from it.

Horses have different speeds in Minecraft

I know what it’s like to get attached to the first horse you find. It’s a nice feeling when you tame a horse in Minecraft and never want to let it go. Did you know that different horses have different speeds and health? Try to tame as many as you can until you find the fastest to cross the terrain faster.

Let’s go back to me creating a castle. I spent days in Survivor mode mining and building castle walls around the boundaries of my land, making sure no one else could enter. Thanks to a Minecraft book I bought, I learned that you can make a harrow it actually works. How it works is that there are sticky pistons at the bottom that raise and lower the door, with loose gravel at the top. For this to work you will need to study our Minecraft Redstone guide.

Visit the ancient city of Minecraft

When The Wild update was released for Minecraft, we were all excited about the new mobs that appeared. One of the more obscure items you will need to look for is called ancient city. It’s usually located at level -52, which means you’ll have to dig quite deep to find it. It has an extensive layout and design, and you’ll spend hours investigating its rooms and loot.

The first version of Minecraft ‘The Wild Update’ on Java Edition with snapshot 22w11a
READ MORE
2022-06-27
Previous Post: How to Grow Pumpkins in Minecraft
Next Post: A Dungeon Fighting Game – The New Indian Express