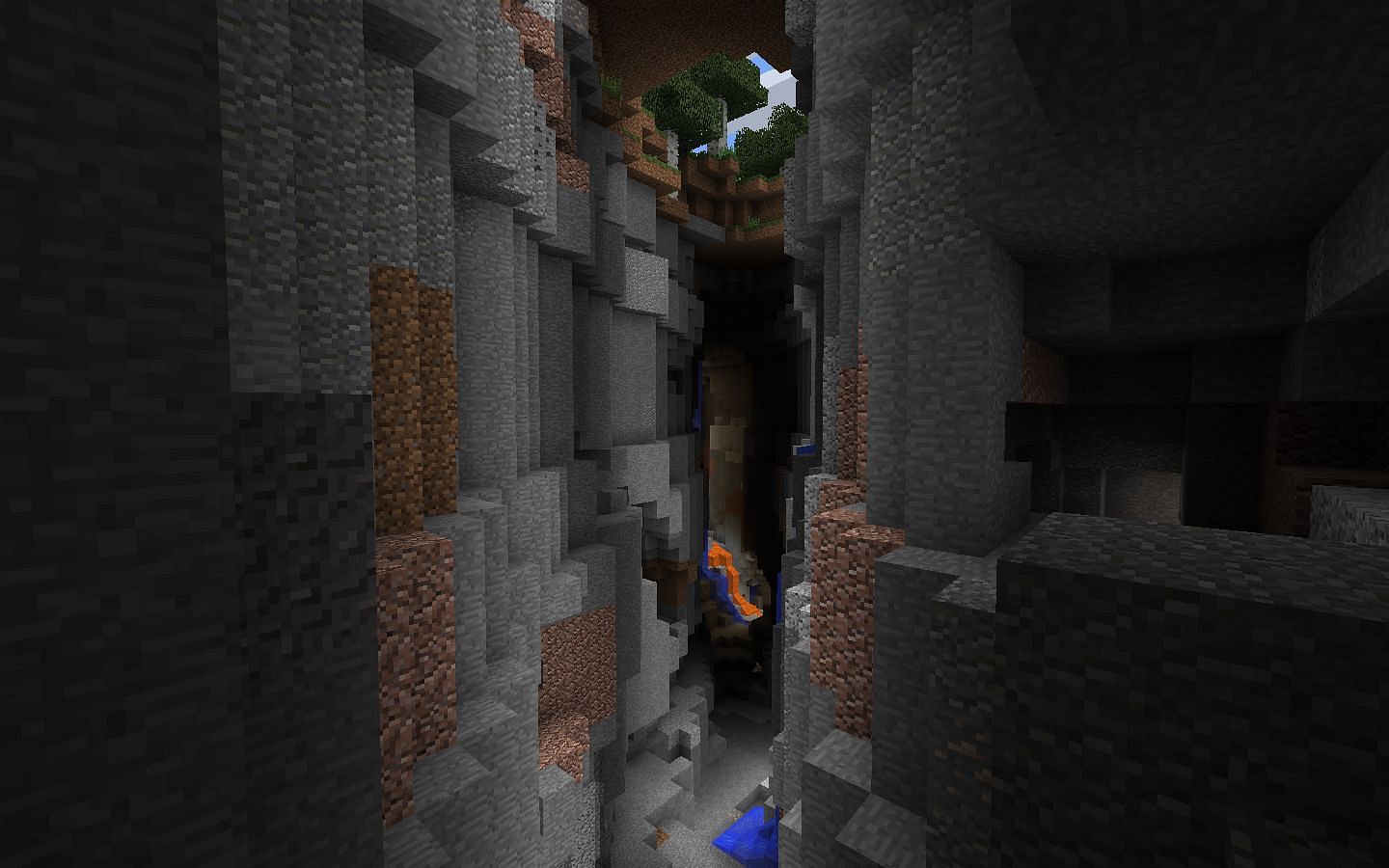 Ravines are some of the most powerful world structures for new players and new worlds in Minecraft. Ravines allow players to quickly access the lower levels of the world, opening a quick path to some of the rarest materials in the game, as well as exposing many ores to the air, for players to see. rapidly.

The height of these ravines also makes them quite dangerous, as enemies can fall on players from above, or some of the cave’s many Spawns. However, the potential gains far outweigh the risks involved.

The Submerged Ravine (Image via Minecraft)

This seed spawns players in a savanna near a beach. The ocean features an ocean monument, a shipwreck, a savannah village, and a huge underwater ravine, all within a few hundred spawn blocks.

Underwater ravines can be tricky to explore early in the game, but they are also the safest type of ravine, as most enemies are unable to spawn underwater. This means that a player able to successfully explore this underwater ravine will have undisputed access to many quality minerals and resources.

A photo of Seed spawning island (Image via Minecraft)

Players spawn on a fairly large survival island type map. The west side of the island features a massive ravine, half filled with seawater. However, it is not totally submerged, so players can easily explore about half of the ravine.

There is also a village on the other side of the island and an ocean monument a few hundred blocks away.

An example of a mushroom biome (Image via Minecraft)

This seed spawns players a short boat ride away from a huge mushroom island. Once on Mushroom Island, players can find a huge ravine extending almost to the bedrock. And, since it sits under a mushroom biome, there will be almost no enemies in sight. The only way enemies can spawn naturally would be through any dungeon, mineshaft, or fortress spawner.

All other biomes can also be found within around a thousand blocks. This means that this seed has plenty of sights to see for players who like to travel.

2) Double ravine with a double village

The hut floating above the ravine (Image via Minecraft)

This seed spawns players in a large forest near two of the game’s best features: ravines and villages. Villages give players enough food and potential tools and resources from certain buildings, while ravines give quick access to the depths.

The first village includes a hut floating above one of the ravines. One of these ravines also includes one of the newest cave types in the game: drip caves. This drip ravine also sees parts of the second village spawn within it.

The Badlands Ravine (Image via Minecraft)

This seed spawns players in a ravine that divides a savannah biome and a badlands biome. Additionally, there is an acacia village that spans between the two biomes. The ravine also leads to a huge drip cave which turns into a lush grotto. There is also a zombie village directly above the lush cave.