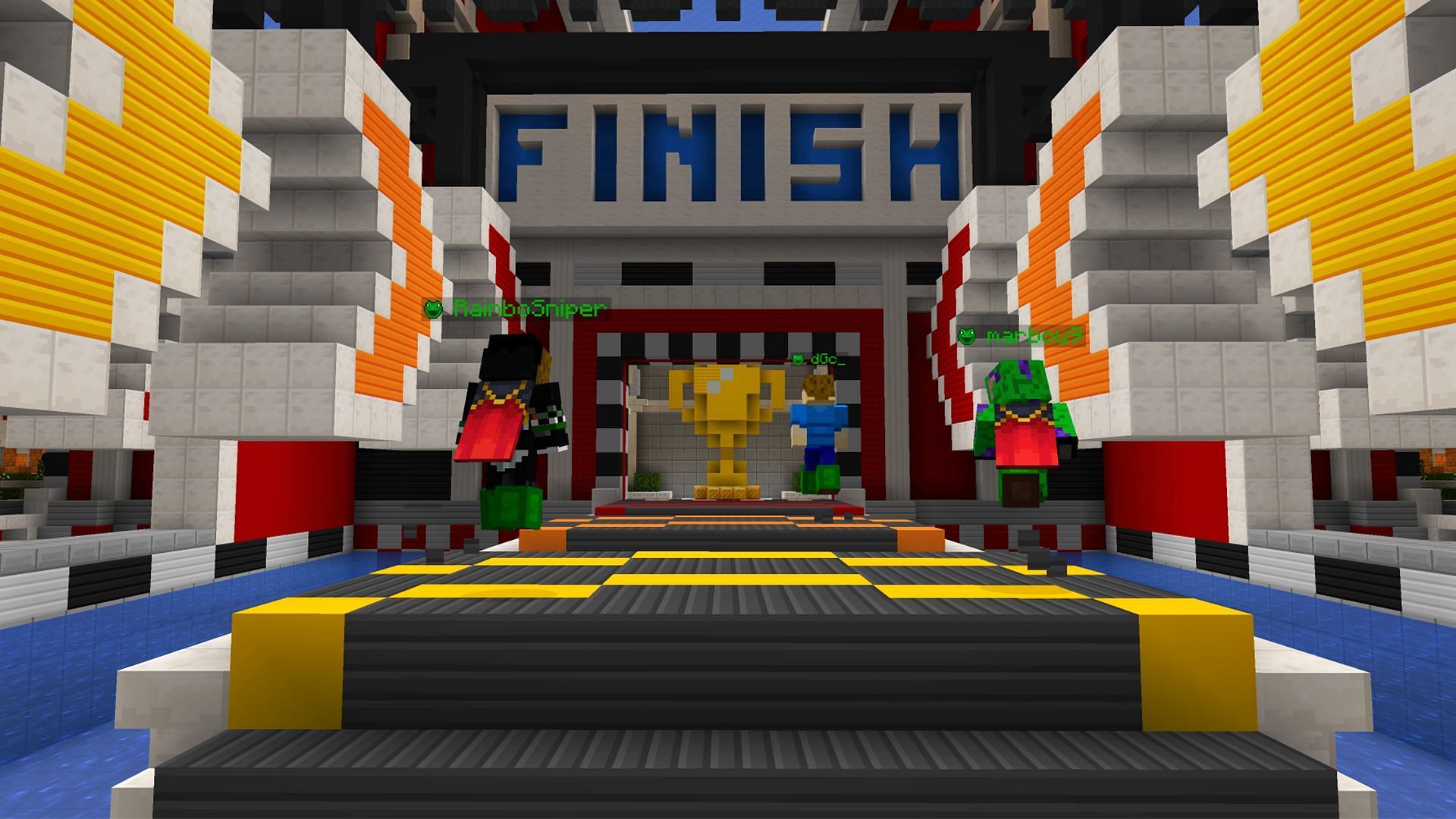 The nine mini-games are the bread and butter of the Minecraft championships. They are unique, challenging, and as fun for fans to watch as they are for competitors to play.

Minecraft Championships (also known as “MCC”) is a series of monthly, invite-only events hosted and coordinated by The Noxcrew and Scott “Smajor” Major. The latter is best known for assembling each of the ten four-player teams that make up each MCC.

Don’t forget you can unlock these remixes at mcc.live/pride 🏳️‍

The event consists of nine mini-games that have higher amounts of coins (the point measurement system) in play as each mini-game is played. Minigames are designed to test a variety of skills within Minecraft.

These skills can range from anything talent-based like player versus player combat or parkour, to soft skills like teamwork and memorizing crafting recipes/building formations.

The event currently has twelve minigames that the coordinators choose from, but there have been several retired minigames and some that are specific to certain non-canon events.

In this article, we will count the five most popular mini-games that are currently in the second season of Minecraft championships.

HITW (“Hole In The Wall”) is a movement-based minigame that was billed as one of the original eight minigames in the very first Minecraft Championship.

The object of the mini-game is to jump through the holes in the oncoming walls of the mud blocks and be the last team standing. Walls will increase in speed over time and come at competitors from all directions, keeping them on their toes.

HITW has remained on the minigames list since the first event for a reason. It’s a fun, competitive mini-game that doesn’t require pre-existing skills like player versus player combat. The movement-based mini-game allows teams that aren’t doing as well in the event to have a chance to make up for it if they excel in movement and quick thinking.

Sands of Time (“SOT”) is a team-based mini-game that was introduced in MCC 5 on May 16, 2020. The object of the game is for teams to unlock as many dungeons as possible, collect coins, and loot at the interior, and bank their coins before time runs out.

There are many technical aspects of SOT. If a contestant dies in the dungeon, their teammates must sacrifice coins and loot to revive them. Once teams leave the dungeon and bank their coins, they cannot return.

The game timer can be filled with sand, which can be found in limited supply around the minigame map. If the timer runs out before each teammate can accumulate their coins and leave the dungeon, all of their coins will be lost.

SOT is an incredibly high-stakes mini-game, especially during the latter parts of the event. It requires a lot of communication, teamwork, and parkour/mob-killing skills. It has the potential to earn a lot of coins for lower ranked teams, but it can also bog down higher ranked teams if they are unable to coordinate their efforts.

Dodgebolt is the latest activity in the Minecraft Championships. Once all nine mini-games have been played, the two highest-ranked teams will face off in a best-of-five duel.

This final mini-game is the deciding factor for which team wins this particular Minecraft championship. Naturally, it’s a high-stakes mini-game that gives both teams an even playing field for a chance of victory.

There have been several amazing moments over the years as competitors have played Dodgebolt. Most recently, Jordan “CaptainSparklez” Maron broke his curse of third place by taking the final shot at Dodgebolt to win MCC 22.

Sky Battle is a player-versus-player combat-oriented minigame that replaced Skyblockle indefinitely as of Minecraft Championship 9 on September 12, 2020.

All competitors start on a spawn island where they must gather resources and build up to the central island as the border closes in around them, getting as many kills as possible along the way.

Sky Battle is a minigame known for having more than its fair share of high-tension moments. It’s a game in which those who excel in player versus player combat will do very well, but it also has the potential to shine a light on competitors who are quick on their feet and who implement game-changing strategies at the last minute. .

For example, Tommy “TommyInnit” Simons, who isn’t particularly known for his skills in player versus player combat, implemented a strategy that had him blast the majority of a team by placing creepers in their tunnel. in MCC 14.

Survival Games is another combat-focused minigame that has been on the minigames list since the very first Minecraft Championship. This mini-game is a timeless classic, as it pits all ten teams against each other in a mad dash for resources, loot, and kills.

This minigame is another one that’s infamous for its many tense and tense moments. Competitors who excel in player versus player combat will naturally do well in many one-on-one fights.

That said, there’s plenty of room for fast and skilled players to strategize to excel in survival games.

Disclaimer: This list reflects the views of the author. It’s up to the reader to decide which minigames they would personally put on this list.

2022-06-18
Previous Post: Two new LEGO Minecraft summer 2022 sets have been unveiled
Next Post: Minecraft: How to Get the Riptide Enchantment