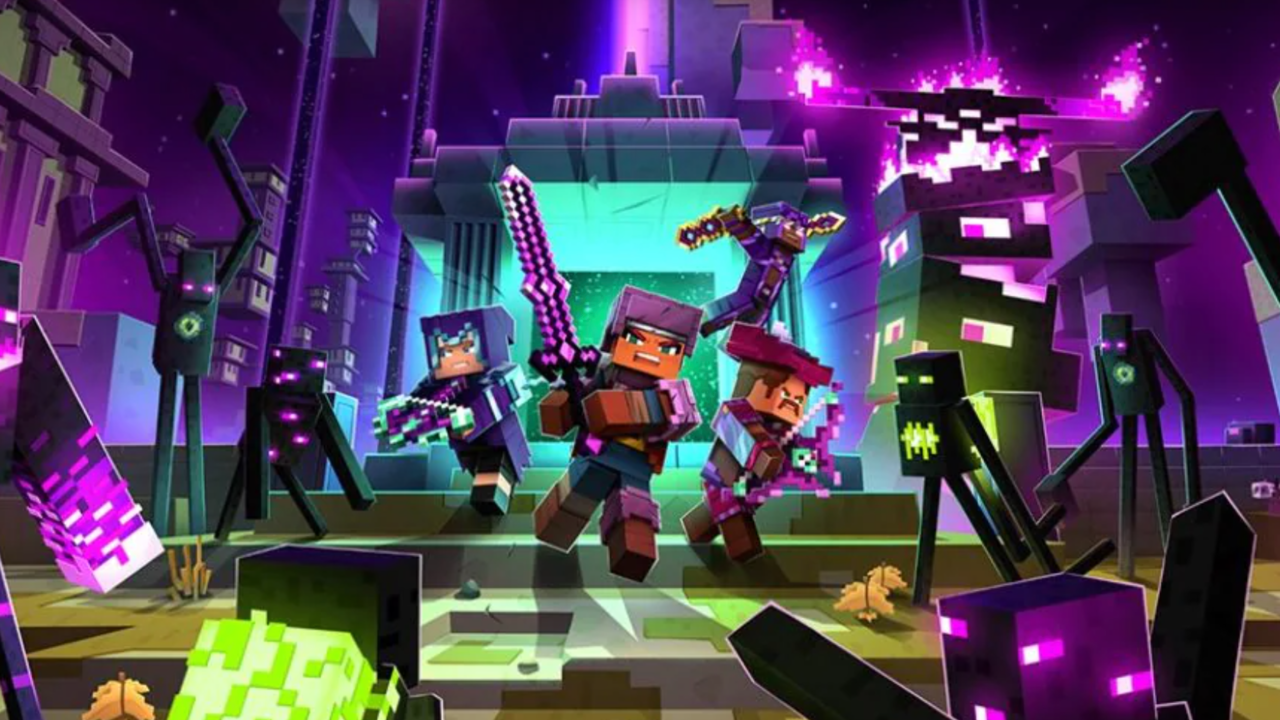 Mojang is expanding Minecraft: Dungeons in a big way with new DLC and an Ultimate Edition coming later this month, spanning both paid and free content.

The new Echoing Void DLC for Minecraft Dungeons is the final part of the ongoing story that has unfolded over the past year. The expansion takes players to “the end”, where the Endermen live. The expansion adds new enemies, more gear, and additional missions to participate in.

While Echoing Void is the final part of a particular story, Dungeons will receive more content over time. “There’s a lot more to come,” Mojang said in a blog post.

In addition to the paid Echoing Void expansion, a free content update will be released for everyone at the same time. It includes new enchantments like Ambush, Shadow Blast, and Void Strike. There’s also a new mission called Gauntlet of Gales, which is described as a “maze-like mission that tests your skills through tricky trials and puzzling puzzles.”

A Minecraft Dungeons: Ultimate Edition is also coming, described as the “superlative way” to experience the game. It comes with the base game and all six expansions: Jungle Awakens, Creeping Winter, Howling Peaks, Flame of the Nether, Hidden Depths and the upcoming Echoing Void. The appeal of the Ultimate Edition is that it costs less than buying everything piecemeal.

The Echoing Void expansion, Ultimate Edition, and free update for Minecraft Dungeons will all release on July 28.