Everything gamers need to know

Minecraft add-ons allow for complex customization in the Bedrock Edition. Like downloadable mods for the Java edition, add-ons are a Mojang-supported operation that provides trivial customization for most aspects of the game.

These add-ons usually consist of behavior packs and resource packs, allowing for different Minecraft customizations. This article will explain these two packs and their uses below. Bedrock Edition players are strongly recommended to check out the add-ons if they haven’t already.

Read also : How to Download Minecraft Bedrock 1.17.10.23 Beta on Windows and Android Devices

All the add-on details for the Minecraft Bedrock Edition

First, there are two types of resource packs: those that modify content already found in the game, and those that add completely new content to the game (like the alien robot seen in the image above).

For example, one add-on might just change the textures of a creeper, and another might add a whole new creeper with arms and a hat.

Read also : Everything players need to know about Minecraft Plus! announcement

Players should be aware that all add-ons found on the Minecraft Marketplace are created by partner Minecraft developers. This means that some talented developers will not be able to see their add-ons found in the market.

Fortunately, there are several complementary websites (such as Tynker) that allow publishing of community-created add-ons. This is great news for small developers who want their creations to be seen in many Minecraft worlds.

Many Minecraft Marketplace maps will include multiple add-ons, as each simply adds new content such as items and mobs. 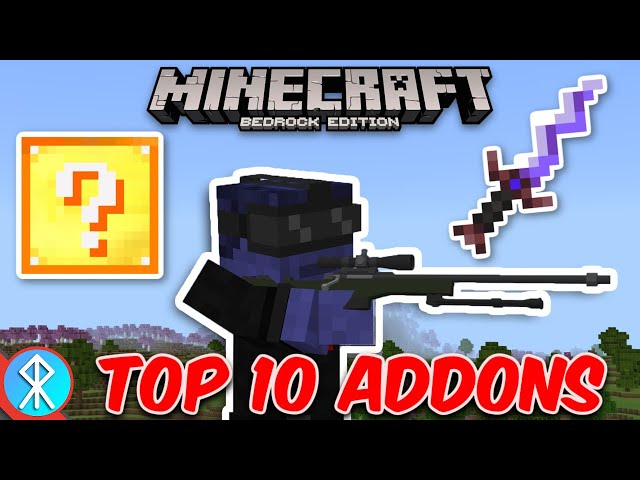 For Bedrock Edition players who want to try add-ons, the video above features the 10 best Minecraft add-ons of 2020.

Read also : Minecraft Redditor creates a mod that randomly changes the size of a mob when hit