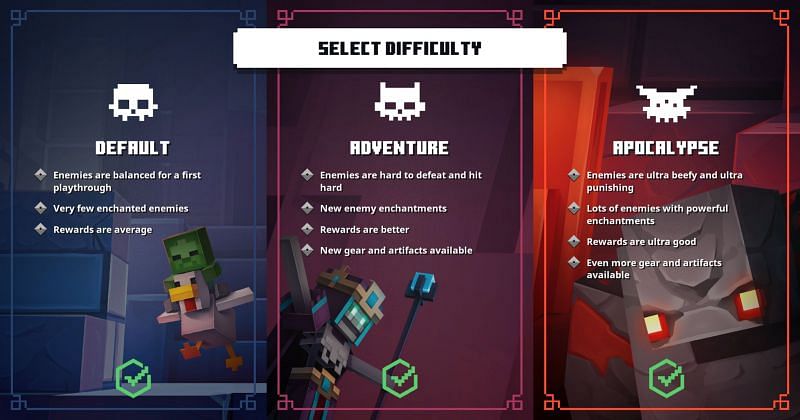 How to Change Difficulty in Minecraft Dungeons

Like many dungeon crawler games, Minecraft Dungeons retains variable difficulty levels that increase players’ rewards based on their willingness to risk defeat.

Minecraft Dungeons separates its difficulties into three categories: Default, Adventure, and Apocalypse. Within these difficulties are several tiers of rank, increasing in danger as the rank of the difficulty increases.

Heroes who tackle the early ranks of Apocalypse will have a different experience than those who run the same difficulty in higher ranks. This is similar to how dungeon crawlers like Diablo III work, increasing the dangers but yielding higher and higher quality rewards.

When Minecraft Dungeons players start out, only the default difficulty will be available to them. However, as they progress through the game and replay levels, more difficult options will eventually become available.

Players will be able to check difficulties before activating them, with their own recommended power ratings to ensure those who complete the challenge don’t get overwhelmed.

When entering one of the game’s many dungeons, players can adjust their difficulty level to their liking on the left panel of the screen, where further level details are listed.

Once players have completed the game on at least the default difficulty, they can also change the game difficulty at the bottom right of the dungeon selection screen. Between these two options, one can change both their difficulty and the degree of their difficulty on the same screen before diving into battle.

Keep in mind that once in game, players will not be able to change the difficulty of the game until they exit the level in some way. 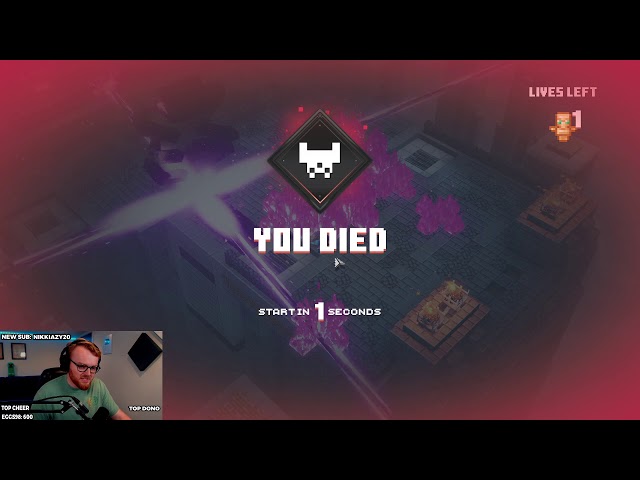 Tackling a new difficulty or leveling up should be done gradually, as the disparities between the three difficulties are already significant regardless of sub-ranks at all.

Finding the right balance between a comfortable challenge and enhanced rewards is key to getting started in Minecraft Dungeons.

However, there are probably plenty of players out there who are willing to take on the more grueling aspects of the game’s challenges in an effort to rack up big loot or show off their skills. No matter where a player may be on this spectrum, the difficulty changes begin when they select their mission.