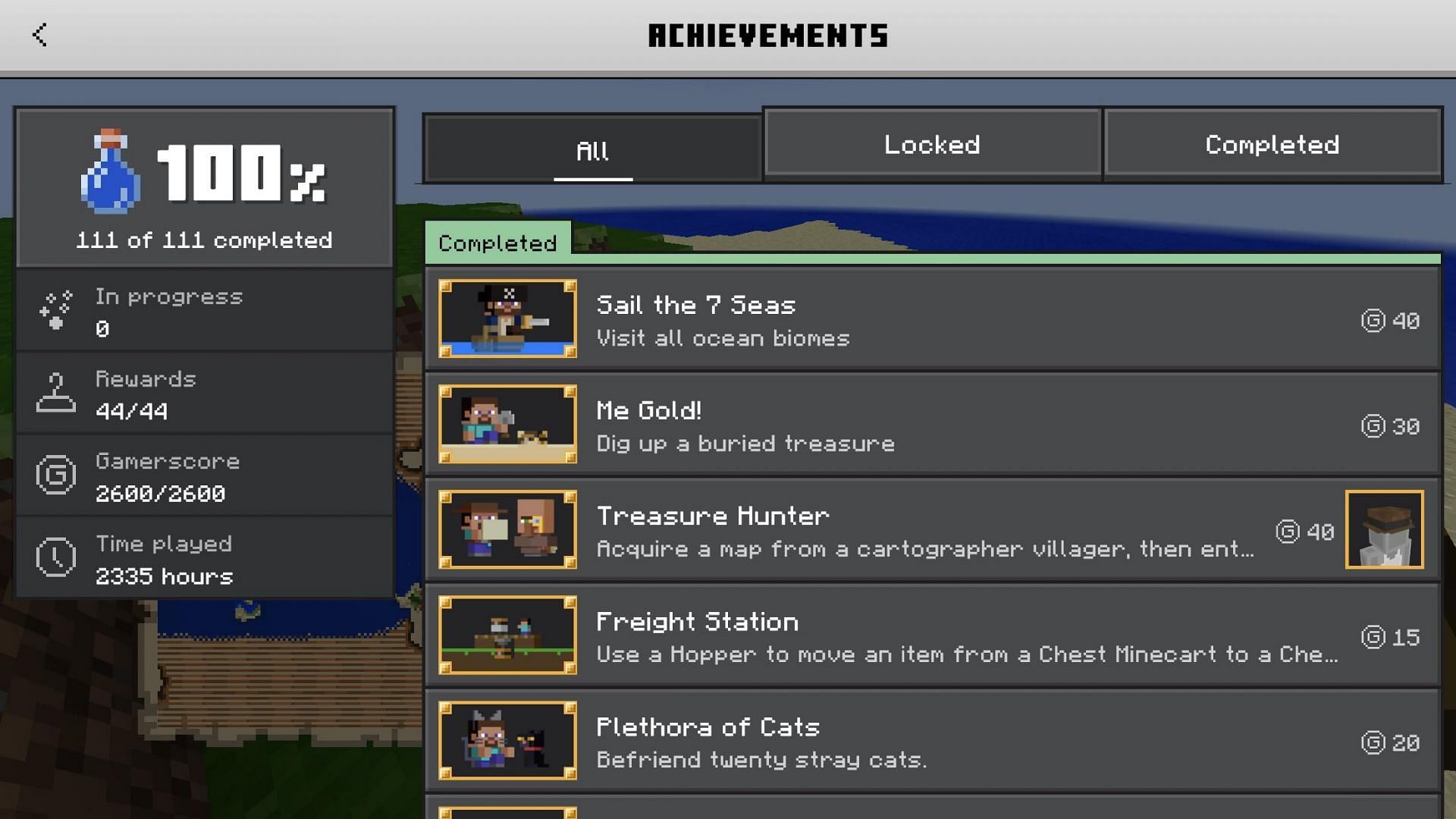 How to Check Achievements in Minecraft Bedrock Edition

Minecraft achievements don’t do much in terms of gameplay, but they do provide players with goals to test their skills and award them bragging rights. Bedrock Edition has a lot more achievements than Java Edition, and there are a few that are quite difficult to achieve. For example, “The End…Again…” requires players to successfully defeat the Ender Dragon and then respawn it, which is quite difficult.

There are several ways to check achievements in Minecraft Bedrock Edition, but only one of them is present in the game. Minecraft, being a Microsoft-owned title, runs within the company’s ecosystem, which means that the Xbox framework is integrated. For a few of these methods, the Xbox app or an Xbox is required.

For players on a Nintendo Switch, mobile phone or device, PlayStation, or even a computer, there is a section in the profile tab in Minecraft where achievements can be checked. This will show those that have been completed, and for those that are not, it will show progress. For example, for the Master Trader achievement, players must trade 1,000 emeralds with villagers. If they traded 560, he’ll say he’s 56% done.

Here are some preview images of the NEW upcoming achievement UI for Minecraft Bedrock.

Credit to @CrisXolt for the pictures!

Here are some preview images of the NEW upcoming achievement UI for Minecraft Bedrock. @CrisXolt for the pictures! https://t.co/PVWqXiptOm

This can also be done on the Xbox itself by finding the Achievements section on their dashboard and checking the achievement progress.

Note for Nintendo Switch users: If Switch Minecraft players check out via the Xbox app or Xbox console, the game will not be listed under “Minecraft”.

Instead, there is another game listed as “Minecraft for Nintendo Switch”. This is where the achievements made on the Switch will be. Although a little confusing, the difference in naming helps distinguish a Switch copy from another console copy of Minecraft.