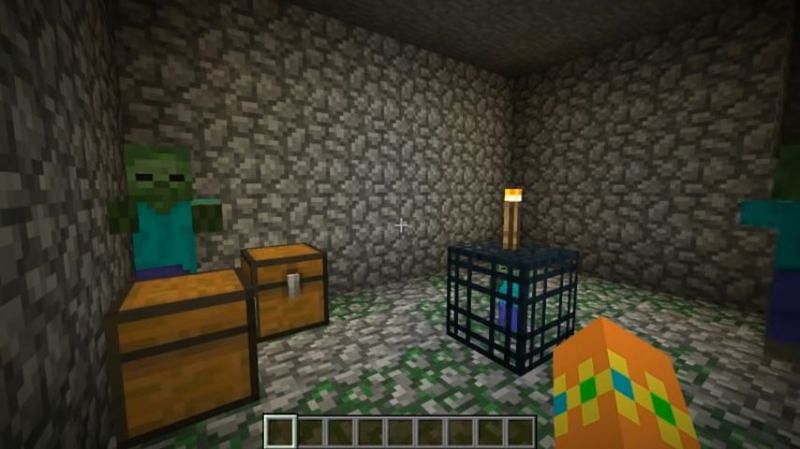 How to Find Dungeons in Minecraft

Dungeons are structures that can be found throughout the Overworld in Minecraft. They’re something that’s found, rather than created, and they’re an aspect of the game that can provide extra help to survival players.

How to Find Dungeons in Minecraft

Like many structures in Minecraft, the appearance of dungeons will differ depending on the seed used. There are certain parameters that the area must meet for the dungeon to be created. One of the main ones is that the dungeon must be next to, near, or inside a cave. This is one of the reasons why searching caves will be one of the best ways to find a dungeon.

For a dungeon to really appear, the floors must be solid. The ceiling should also be solid, but blocks like sand and gravel are still possible. Then the walls must have at least 1 or more openings. If all of these conditions are met, there is a chance that the dungeon will spawn in the area.

The dungeon itself is a small structure made of cobblestones and mossy cobblestones. In the middle of the room will be a mob generator, which will spawn specific mobs indefinitely unless the torches are placed correctly. Then there can be up to 2 chests that spawn in the small room. What makes dungeons so appealing is the loot found in chests. The mob spawner can be used for farming, and it’s a great way to get mossy cobblestones.

One of the biggest giveaways when finding a dungeon in the Overworld is sound. The monster spawner means there are more monsters than usual in the small room and they are creating a lot of noise. During an underground search, following the sounds of the crowd can be a gift.

Due to the nature of dungeons sometimes spawning near surfaces, searching around a sandy biome can also be a quick way to find them. It was mentioned earlier that the ceiling only needs to be solid, but the blocks can be falling sand or gravel. If a cave appeared in the desert, a collapsed floor can be a gift.

Other than that, there is no guaranteed way to find a dungeon without using outside sources such as mods or an online map viewer. If dungeons are the goal, choosing a specific seed based on dungeon locations can be a good alternative.