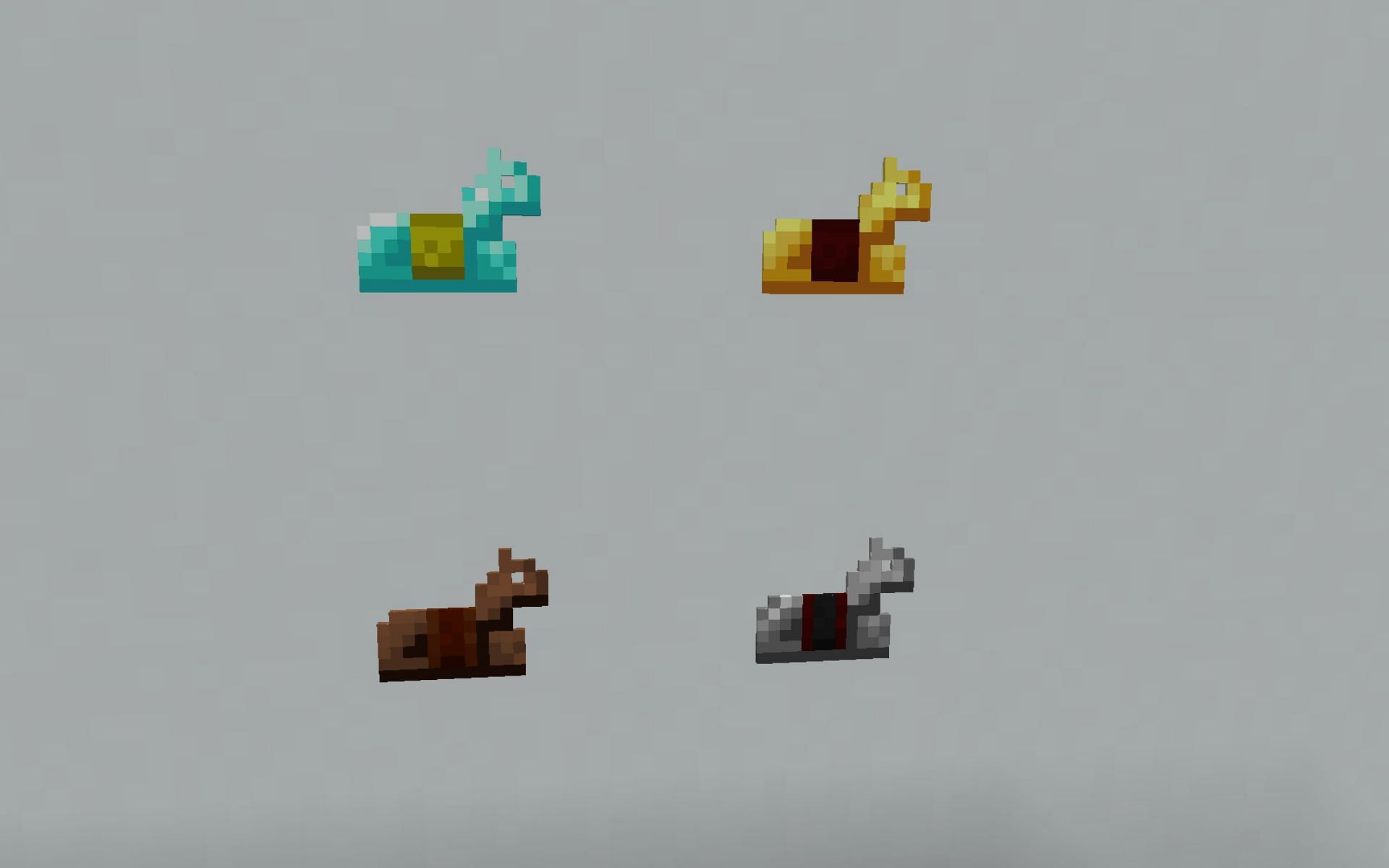 How to Find Horse Armor in Minecraft 1.19 Update

Horse armor in Minecraft 1.19 update is a special item that players can find and use to protect their horses. As they progress through the title, they befriend many monsters and take their help in many ways. One of the best helpers in the game is a horse. It can help players cover long distances in minutes and can even jump much higher than the player.

Players can find and place different types of horse armor on the mob. This will prevent the horse from taking heavy damage from falls, crowds and other external factors. There are four types of horse armor present in the game. Some are extremely easy to obtain and craft, while others cannot be crafted and are rare.

How to Get and Use Horse Armor in Minecraft Update 1.19

Ways to get different horse armor

This is the most basic armor players can put on a horse to provide basic protection. Players can either get it from leatherworker villagers or craft it with a few leather items.

To craft leather horse armor, players will need seven leather items and place six of them in two parallel vertical lines and the last one in the center of the crafting table. An expert leatherworker can also sell the leather horse armor for six emeralds.

After Leather Horse Armor, all higher variants can only be found in spawned chests in different structures. Therefore, they can be placed in the same category. However, their rarity differs depending on the material they are made of.

How to use horse armor

To use horse armor on the mob, players must first tame the creature. This can be done by repeatedly mounting the mob in order to increase their temperament and tame them. In the taming mechanic, the temperament tag of a tamable mob is considered a positive trait.

After the mob is tamed, players can right-click while sitting on the horse to open the mob GUI (Graphical User Interface). Here, Minecraft 1.19 players can simply drag and drop the horse armor into the designated slot to place it on the mob.