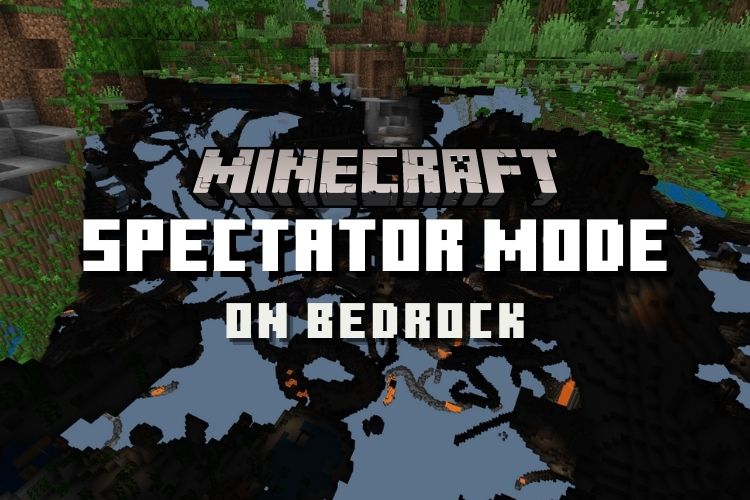 How to Get Spectator Mode in Minecraft Bedrock Edition (2022)

Finding things in Minecraft can be a difficult task. You have to dig, explore and drive for miles not knowing what to expect. Only if there was a way to see through blocks in-game. No, we’re not talking about the best Minecraft mods. Instead, thanks to spectator mode, such X-ray-like features are already present in the vanilla world of Minecraft. In fact, Java Edition players have been using it for years to view and walk through blocks to find biomes, structures, cave ores, and more. All without extra effort. And now you can also get the same spectator mode on all other Minecraft platforms. So, let’s not waste another moment and find out how to get spectator mode in Minecraft Bedrock right away.

We’ve split our guide into separate sections for your convenience, explaining what Spectator Mode is before detailing the steps to access the feature. Use the table below to explore each of the sections at your convenience.

What is Spectator Mode in Minecraft

Spectator mode is one of the different game modes in Minecraft. It allows players to fly around the world and traverse blocks and entities in the game. You cannot kill mobs, break blocks, or even use items like the crafting table in this mode. Also, unlike Creative Mode, you can’t stop flying in this mode. You must always float because there is no option to interact with the blocks, and therefore, you cannot land on them.

What is spectator mode for?

Most players use spectator mode in Minecraft to find loot, explore adventure maps, and locate areas without any risk. But you can also use it to:

Mob View: Look through the eyes of a mob in Minecraft

Another fun use of spectator mode is to experience Minecraft from the perspective of the mobs. With spectator mode active, you can use your attack button on any mob to see the world from their perspective. It does not allow you to control mobs. But viewing certain monsters as a creeper allows unique filters on your view to accurately reflect how that monster sees the Minecraft world.

As of April 2022, this particular Spectator Mode feature is only available in Minecraft Java Edition. That said, it’s time to learn how to enable spectator mode in Minecraft Bedrock.

How to Use Spectator Mode in Minecraft Bedrock

1. As spectator mode only works with commands, you need to enable cheats in your Minecraft world. You can do this by going to the game settings in the pause menu and enabling the “Enable cheats” to fall over.

2. Next, go back to your world and open the chat option. If you are on a Windows PC, you can press the “T” key to open it. Meanwhile, console and touch device users have other dedicated buttons and icons to access the chat window.

3. In the chat, write the following command and press the send button.

Your UI will then disappear, and the game mode will immediately switch to spectator mode.

4. Once you are in Spectator Mode, you can use the same controls as Creative Mode to fly around and through the world.

Thanks to the long-standing lack of parity between the Minecraft Java and Bedrock editions, spectator mode is also not the same on the two versions. Here are some of the main differences between the two:

Q: Can Minecraft mobs see you in spectator mode?

Q: Can players see you in spectator mode?

Unless they are also in spectating mode, other players cannot see you while you are spectating.

Q: How to access the Nether in spectator mode?

To use a Nether Portal or an End Portal, for that matter, you must first switch to another game mode. Once you are in the new dimension, you can switch back to spectator game mode.

Taking this as evidence of parity improvements, Spectator Mode brings the two Minecraft editions even closer in terms of functionality. You can use this spectator mode x-ray vision power to do a variety of things in-game without any external add-ons. However, that’s not all. As Mojang is still in the testing phase of this game mode, alongside a host of other Minecraft 1.19 updates, we may also receive the other missing game modes for Bedrock. Yes, we are talking about the amazing hardcore mode, which is also exclusive to the Java Edition for now. The closest thing Bedrock gamers have yet are these best Minecraft adventure maps. But even these are easy to defeat if you know how to use a beacon in Minecraft.

That said, spectator mode is a positive step in improving Minecraft’s parity across versions and platforms. But what other features would you like to see moved from the Java Edition to the Minecraft Bedrock Edition? Tell us in the comments below!