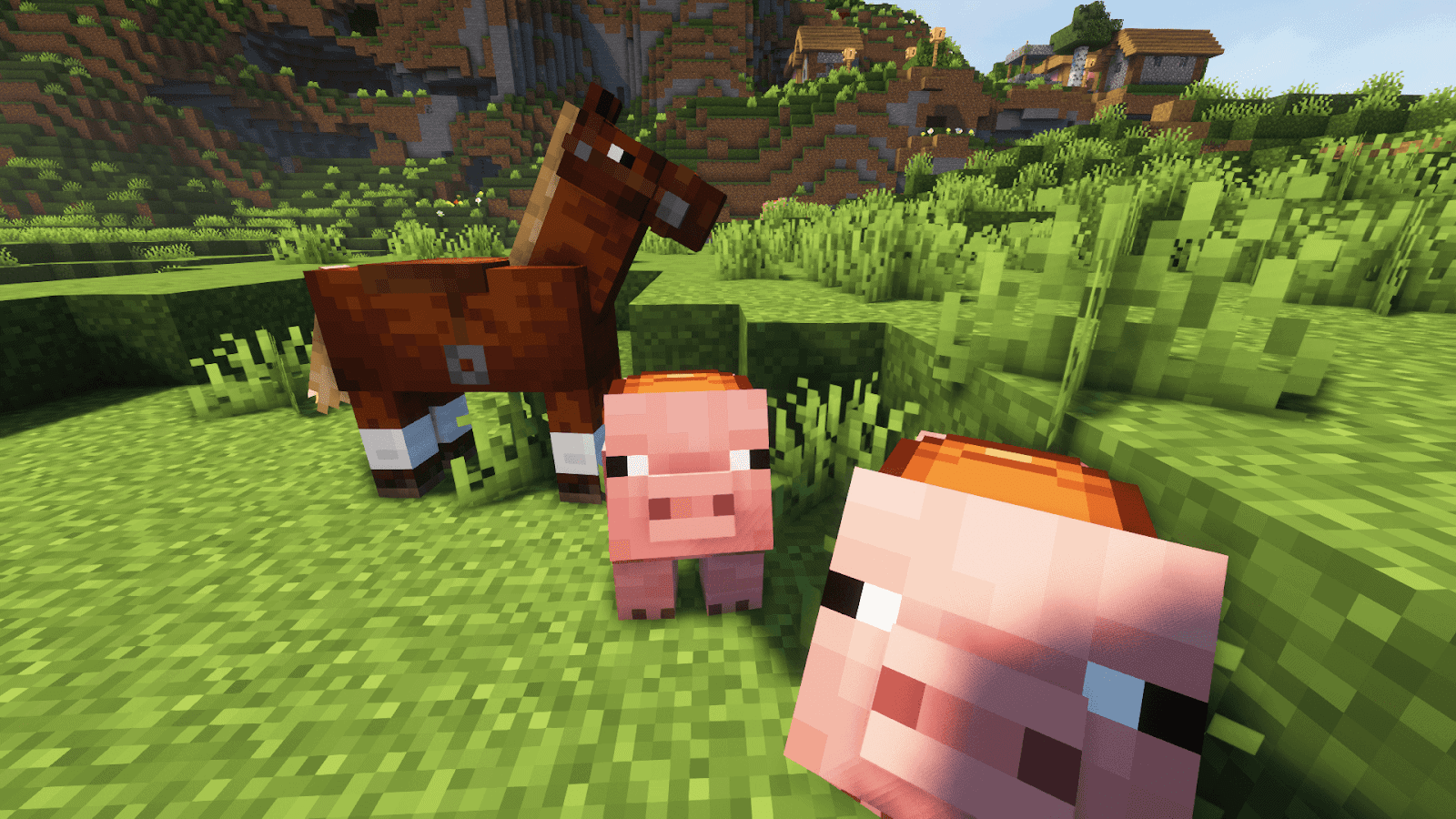 How to Get (You Can’t Craft) a Saddle in Minecraft

Horseback riding is such a great feature in Minecraft. However, to do this you will need a saddle. In this article, we are going to show you all the methods to get a Saddle in Minecraft!

How to Make a Saddle in Minecraft

Although Saddle was added to Minecraft a long time ago (version 1.8), there is no official way to craft or craft a saddle in Minecraft. You can only get it from specific locations and mobs. Let’s read further to see what are they!

4 Ways to Get a Saddle in Minecraft

We sort these methods by difficulty. This means that the easiest way to get a saddle in Minecraft is to search treasure chests. While the hardest and riskiest way is to find specific monsters and kill them. So remember to choose the method that suits you best!

As you venture into the world of Minecraft, you can discover many generated structures such as dungeons, temples or villages. These structures can contain chests with saddles inside. So when you’ve found one, try searching for chests!

Below is the list of all structures with a chance of chests containing a saddle.

As you can see, the more dangerous the structure, the more likely you are to find a saddle in its trunk.

This is by far the most peaceful method of getting a saddle in Minecraft! However, we make it number two on the list because the chance of catching a saddle while fishing is very low, with only a 0.8% to 1.9% chance.

To go fishing in Minecraft, you will need to craft a fishing rod using 3 sticks and 2 ropes by following the crafting recipe below. Next, you might want to enchant your fishing rod with the Luck of the Sea enchantment to increase the chance of getting a saddle. (+0.3% per level)

This is another peaceful method to get a saddle in Minecraft. But it actually takes a lot of your time and materials! First, you need to find a Village structure. If in method 1 you have already found a village without a chest containing a Saddle, try this one!

Find the Leatherworker villager and start trading with him. If you can’t find one, you can craft a Cauldron and place it near any unemployed villager to turn them into a Leatherworker.

When the Leatherworker reaches Master level, you can trade 6 Emeralds with him for a Saddle. You can repeat this process 12 times before it gets locked and you have to wait half a day in Minecraft to trade with it again.

The final way to get a saddle in Minecraft is by killing specific mobs. Since mobs will drop a saddle on death if they spawn with one. The reason we’re doing this number four is that not only will it take a long time to find the mobs, but it’s also super dangerous to kill them!

The first mob that can spawn with a saddle is Strider, which only spawns in the Nether Dimension, specifically on the Lava Lake. Do you see how dangerous it is? And the chance of picking up a saddle in the middle of the lava lake is super low!

The second monster on the list is a Ravager, which is a massive and dangerous hostile monster with 100 health and 7-18 damage (that’s x3-x6 damage compared to a normal zombie). Additionally, Ravager mostly spawns in a Raid wave, which means it spawns with other mobs, making it super hard to defeat one!

So there are 4 ways to get a saddle in Minecraft. We hope you’ll spend some time and do some research before you venture out for a saddle. Prepare your equipment and let’s go!

What mobs can you saddle in Minecraft?

Although there are 83 mobs in Minecraft, you can only saddle 6 mobs, including Striders, Pigs, Horses, Mules, Donkeys, and Skeleton Horses. After that, you can mount and control them as you wish. Mobs like Pigs and Walkers may require specific items to fully control them, such as the Carrot on a Stick or a Deformed Mushroom on a Stick.

How to make a saddle in Minecraft?

As mentioned earlier, there is no official way to craft a saddle in Minecraft. However, you can use the Craftable Saddles Minecraft mod to make this possible. Once installed, you can craft a Saddle using 5 Leather, 2 Ropes, and an Iron Ingot. You can also craft horse armor using a piece of wool and combine it with iron ingots, gold ingots or diamonds respectively.

Can saddles be found in villages?

Villages are the easiest structure to find Saddle in Minecraft. Since they have a higher chance of spawning, the environment is safe and there are plenty of chests to loot.