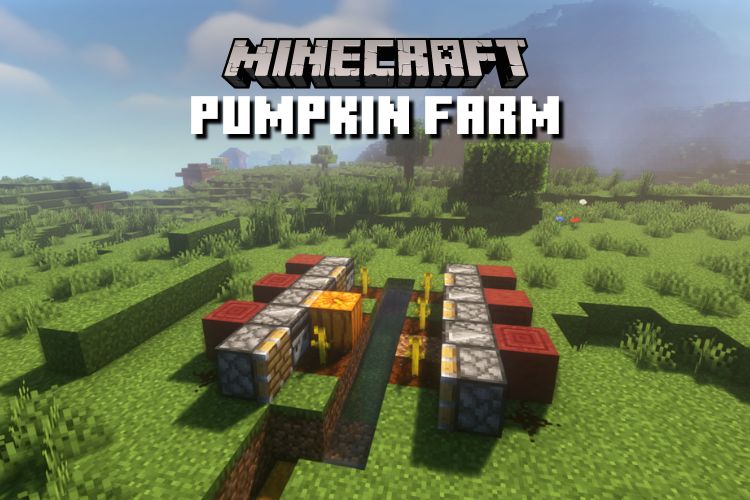 How to Make a Pumpkin Farm in Minecraft

Pumpkins in Minecraft are one of the most common and useful crops in the game. They can be found in most biomes in Minecraft, are easy to grow, and have a variety of uses. But unfortunately they don’t grow like other crops in Minecraft. For this reason, you must take extra steps to harvest, collect, and use pumpkin in your world. So we step in to make your life easier and teach you how to create a pumpkin farm in Minecraft. Once you’ve built the Pumpkin Farm, you can let the farm do its thing while you explore your world. The best thing about this farm is that you can also use the same design to create a melon farm. That said, let’s dive in!

We will first cover the uses of pumpkins in Minecraft 1.19 to help you get the most out of this farm. But if that doesn’t interest you, use the table below to jump into the farm building process.

Uses of Pumpkins in Minecraft

Since we are going to build a pumpkin farm, you should know the different ways to use this fruit in Minecraft:

Uses of melons in Minecraft

You can also use the pumpkin farm design in Minecraft to grow melons. They both follow the same mechanics. But when it comes to usage, melons are no match for pumpkins. You can either eat them directly or exchange them for emeralds. That’s all. With that said, it’s time to take a look at the materials you need to craft a Pumpkin Farm.

You need the following items to build a pumpkin farm in Minecraft:

All of the items you need for a basic pumpkin farm are easy to acquire. But you may have to try hard to find the pumpkin seeds. They can be found in villages, dungeons, mineshafts, woodland mansions, and while trading with wandering merchants. However, most players rely on finding naturally generated pumpkins and breaking them to get seeds.

Easily create a pumpkin and melon farm in Minecraft

The design we are covering here is the simplest pumpkin farm design in the community. It was developed by YouTuber NaMiature and works on both Minecraft Java vs Bedrock editions. You can use the same blueprint to build a melon farm in Minecraft. Only the seeds are different in each case.

Follow the steps below to create a pumpkin or melon farm in Minecraft:

1. First of all, dig a cavity 8 blocks long in the ground. It should be in a straight line and only one block deep.

2. Then, at one end of the cavity, dig an L-shaped hole it’s two blocks deep.

4. Once one edge of the truss is ready, move to the other edge of the 8 block hole. So, empty a bucket of water at the far edge. Water will flow from this edge to the hopper. Every item that enters this stream will reach the hopper directly and be stored in the chests.

Unlike other crops, besides water, pumpkins also require an additional empty block to grow. The block where their seed is planted acts as the stem, and the block adjacent to the stem is where the pumpkin fruit grows. With these mechanics in mind, let’s create a planting area for the pumpkin farm in Minecraft.

1. First of all, equip with a hoe and alternately plow the clods on both sides of the water channel by right-clicking or using your secondary action key. All plowed blocks must have a space of one block between them. Also, plowing should not start in front of the edge with the spring water block. This is what your farm design should look like after this step:

2. Next, plant pumpkin or melon seeds in plowed areas by right-clicking or using the secondary action key. You can also do this step after completing the farm.

3. Now place a observer behind each plowed block. Each observer should face the plowed block where you planted the pumpkin seeds.

4. Next, put pistons on either side of the observers. These pistons should face the waterway, as they will push the adult pumpkins into the water stream for collection.

With the harvesting and planting area ready, it’s time to activate the pumpkin farm and automate it. Here’s how:

1. First of all, place a solid block behind each observer. You can use any solid block, but we recommend using bright light blocks like frogs so the farm can work even at night.

2. Now, place a piece of redstone dust behind each piston at the pumpkin farm in Minecraft.

3. Finally, cover the whole farm with solid blocks to prevent the pumpkins from falling out of the way of the water. If you want to keep an eye on the farm, it’s best to use glass blocks.

How the Pumpkin Farm Works

The mechanism behind the Pumpkin Farm feature is simple. In Minecraft, the observers can detect stem growth. Thus, each time the rod grows, the observer sends a redstone signal, which moves the pistons. The pistons can dislocate the pumpkins in front of them, causing them to fall like an object in the stream of water.

The water takes these pumpkins to the hoppers, which collect them in chests. At the same time, the hopper also collects the seeds which are dropped by the pumpkins. Meanwhile, the stem restarts the cycle by sprouting and spawning another pumpkin.

How to grow pumpkins faster in Minecraft farm?

You can use bone meal on pumpkin stems to make it grow faster.

Where can you plant pumpkin seeds?

Pumpkin seeds can only be planted on farmland blocks.

Where does the pumpkin grow?

Pumpkins, as a fruit, only grow on dirt, grass blocks, farmland, podzol, or coarse dirt adjacent to farmland blocks.

How much space do pumpkins need to grow in Minecraft?

You must leave a block of empty space adjacent to the Pumpkin Seed.

Are pumpkins rarer than diamonds?

According to Minecraft’s spawn rate, pumpkins are rarer than diamonds. But because they generate above ground and as exposed blocks, they are much easier to find than diamonds.

Whether you want to create a Halloween-themed Minecraft house or a massive food storage, Minecraft’s Pumpkin Farm is perfect for you. It’s one of the easiest farms to build and fits well into most basic Minecraft ideas. However, one part that this farm lacks is the experience orbs department. Unlike mob-based farms, you cannot gain experience from the Pumpkin Farm. So, if you are looking to build an XP farm, Minecraft Sculk farm is the best alternative. It uses the new Sculk blocks to create a simple and reliable experience collection system. That said, how are you going to use the Pumpkin Farm in Minecraft? Tell us in the comments!