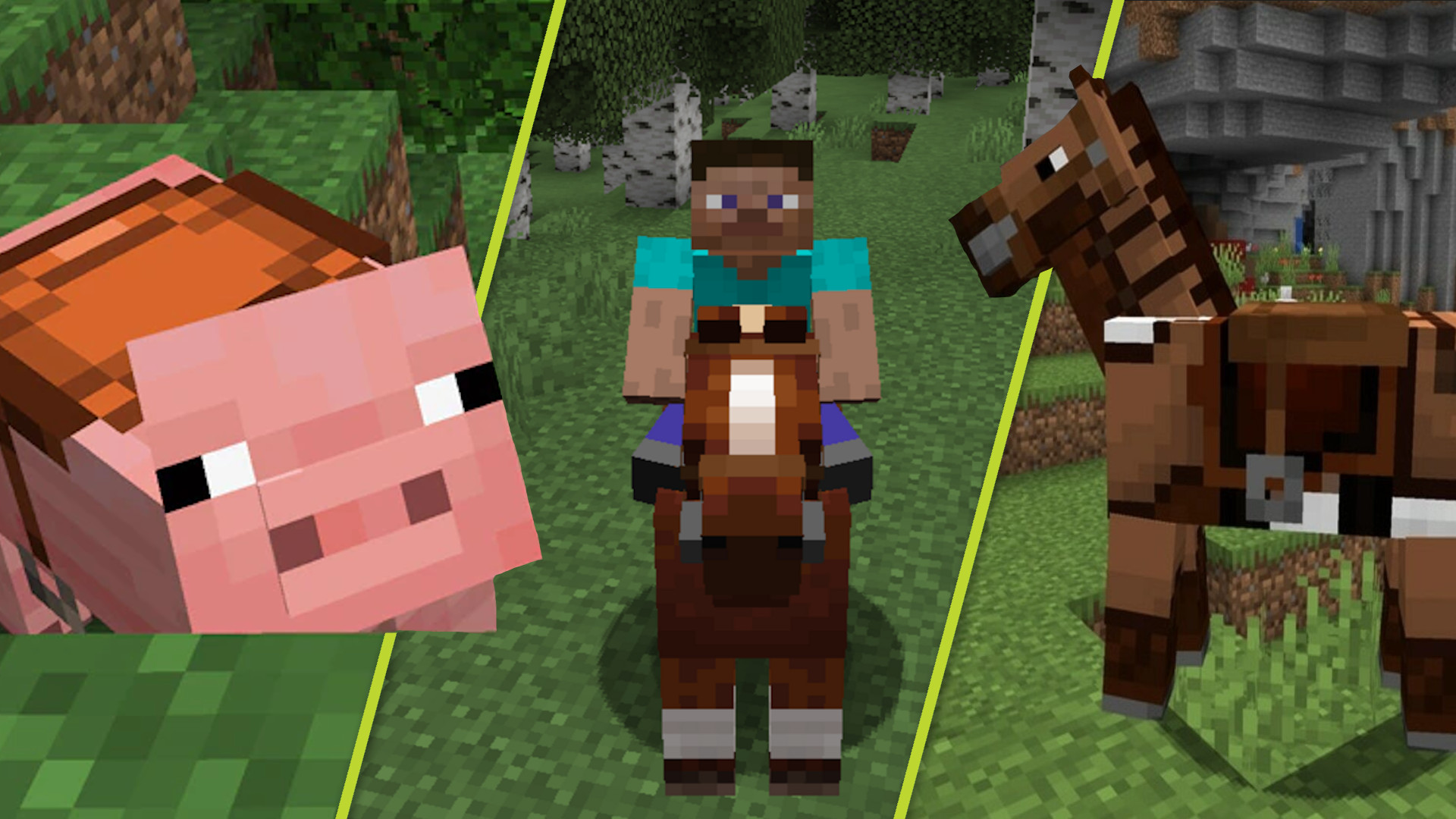 How to Make a Saddle in Minecraft

If you want to move faster in Minecraft, you might be wondering how to make a saddle. These can be used on tamed animals, allowing you to easily navigate the map. However, understanding how to craft a saddle in Minecraft is a little trickier than expected.

Although it’s not impossible, you will have to do a bit of work to get a saddle. But once you have one, it will save you a lot of time when you have to travel long distances.

Although you can ride an animal once it’s tamed, you won’t be able to control its movements without a saddle. That’s why learning how to make a saddle in minecraft is so important because it lets you control where your mount goes. Without it, you’ll just be spinning in circles. Luckily for you, we’re going to walk you through how to get your hands on such a saddle, no matter what edition of Minecraft you’re playing.

How to Make a Minecraft Saddle

If you’re looking to craft your own Minecraft saddle, we have some bad news for you: there’s no way to craft the item from a crafting table. Instead, you need to find it in-game. Luckily, there are several ways to get a saddle, but it will differ depending on whether you’re playing Survival or Creative mode, as well as whether you’re playing Java or Bedrock.

But don’t worry, we’ll detail everything you need to know about where to find a saddle in Minecraft below.

Where to find a saddle in Survival Mode

If you’re playing Survival mode, there are several ways to find a saddle in Minecraft. However, the three main ways are trading with villagers, looting chests, and fishing.

If you are familiar with Minecraft villager jobs, know that villagers have different professions and can trade different items with you. A leatherworker knows how to make a saddle in Minecraft and is ready to talk to you.

Once the villager is at level three, they have up to a 50% chance to trade a saddle with you, depending on which build you’re playing.

The next best way to get a saddle in Minecraft is to loot chests. Specifically, in Java, you’ll want to search for chests in Nether Fortresses (35% chance), Dungeons (28% chance), and Desert Temples (23% chance). If you’re playing Bedrock, you should also search the same places, but the percentages vary a bit.

You can also find a saddle inside chests in villages, jungle temples, and fortresses, but the percentages are much lower. However, if you come across these places, you might as well check them out, because you might get lucky.

The last best way to get a saddle in Minecraft isn’t exactly great, but it’s worth mentioning. It is possible to find a saddle while fishing, but you have less than a 1% chance. However, if you’re feeling lucky or just want to spend some time on the water, grab your rod and cast a line. 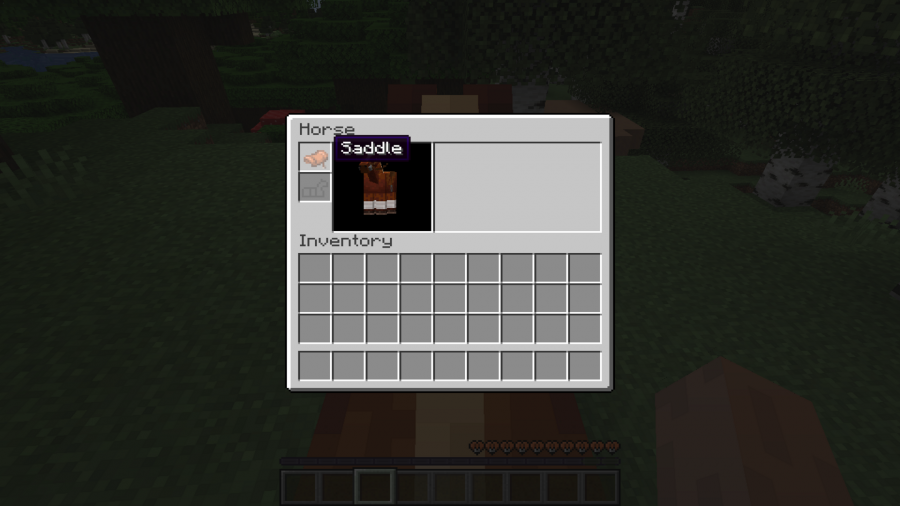 Where to find a saddle in creative mode

Unlike Survival mode, you can kind of craft a saddle in Minecraft Creative mode. However, like every item in Creative, it’s less about crafting it and more about getting it out of your inventory.

Here’s how to get a saddle in Creative Mode for Java, Bedrock, and Pocket Edition:

Like most things, it’s not terribly difficult to get a saddle in creative mode.

What is a saddle for in Minecraft?

In Minecraft, a saddle is used for transportation. Placing a saddle on a horse, donkey, pig, or mule will allow you to have control while riding them.

Although you can ride a tamed horse without a saddle, you cannot control it without a saddle. As you can imagine, it will be a bit difficult to get from point A to point B with an out of control mount. So if you want to use an animal to cross the map, it’s best to have a saddle.

It’s also worth noting that you can equip a tamed horse, donkey, or mule with a saddle by placing it in its inventory. You can unequip it by removing it from its inventory. However, if you place a saddle on a pig, you won’t be able to unequip it unless you kill it. Poor little pig.

Now that you know you can’t learn how to craft a saddle in Minecraft, you should be able to find one with a bit of effort. While it’s not the most useful item in the game, it can definitely be beneficial when used in the right way and help you get back home – you know, the one you build using our Minecraft house ideas guide.