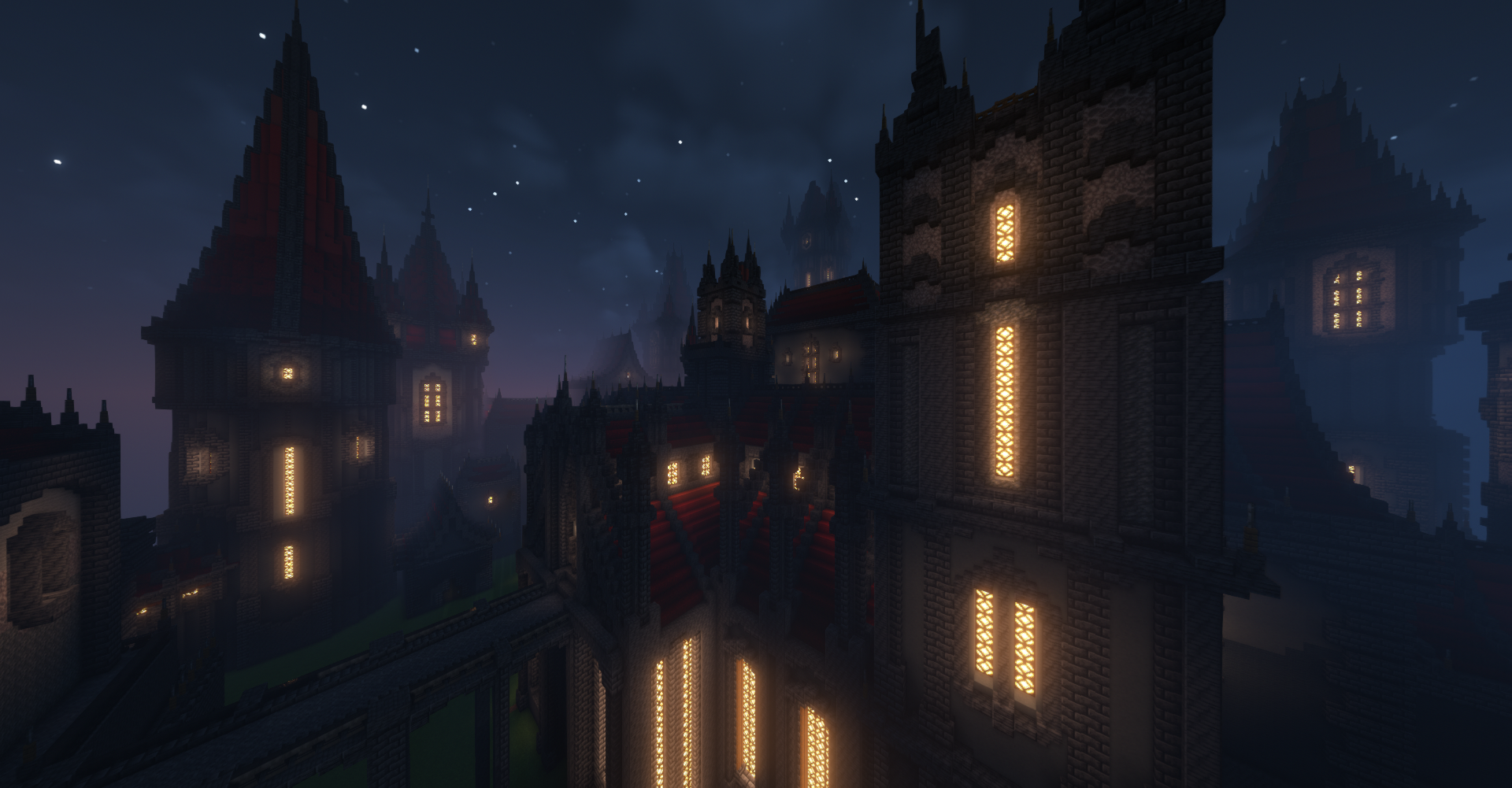 Copying and pasting annoying servers has negatively affected the minecraft community. It can take hours to find a good one, however, Lord of the Realms is beyond quality and is now starting to set the standard for what a good server is. Custom bosses, terrain, and plugins are all used to provide a unique PvE and PvP experience without the requirements of any mods. The Blood Moon restores fear to veteran players, to give them the same experience they had on their first night of play.

Players can create cities and band together to fight the new horrors of the night and defend their territory, or lay siege to rival cities and claim their territory. The server also features a beautifully crafted terrain with unique trees, custom discoveries, and rewards for exploring. Once players become strong enough, they can attempt to unlock the mysteries of the Blood Moon by attempting a high-risk reward maneuver and tackling one of the many dungeons. These dungeons can drop unique armor sets, weapons, and abilities that make it easier to take on increasingly difficult dungeons.

The uniqueness of these dungeons is amazing, as they even take you back in time to fight dinosaurs. All in all an amazing link building experience. Administrators have also been registered to help with the lore of several player towns. For example, a town member may find a cave with a large amount of gold. Naturally, he would take him back to his town. Moments later, a giant dragon attacks in a fit of rage because the player flew into its lair. Eventually, by regrouping, the city was able to stop the attack. If Elden Ring and minecraft came together, that will be it. Feel free to join their discord and write your own story.