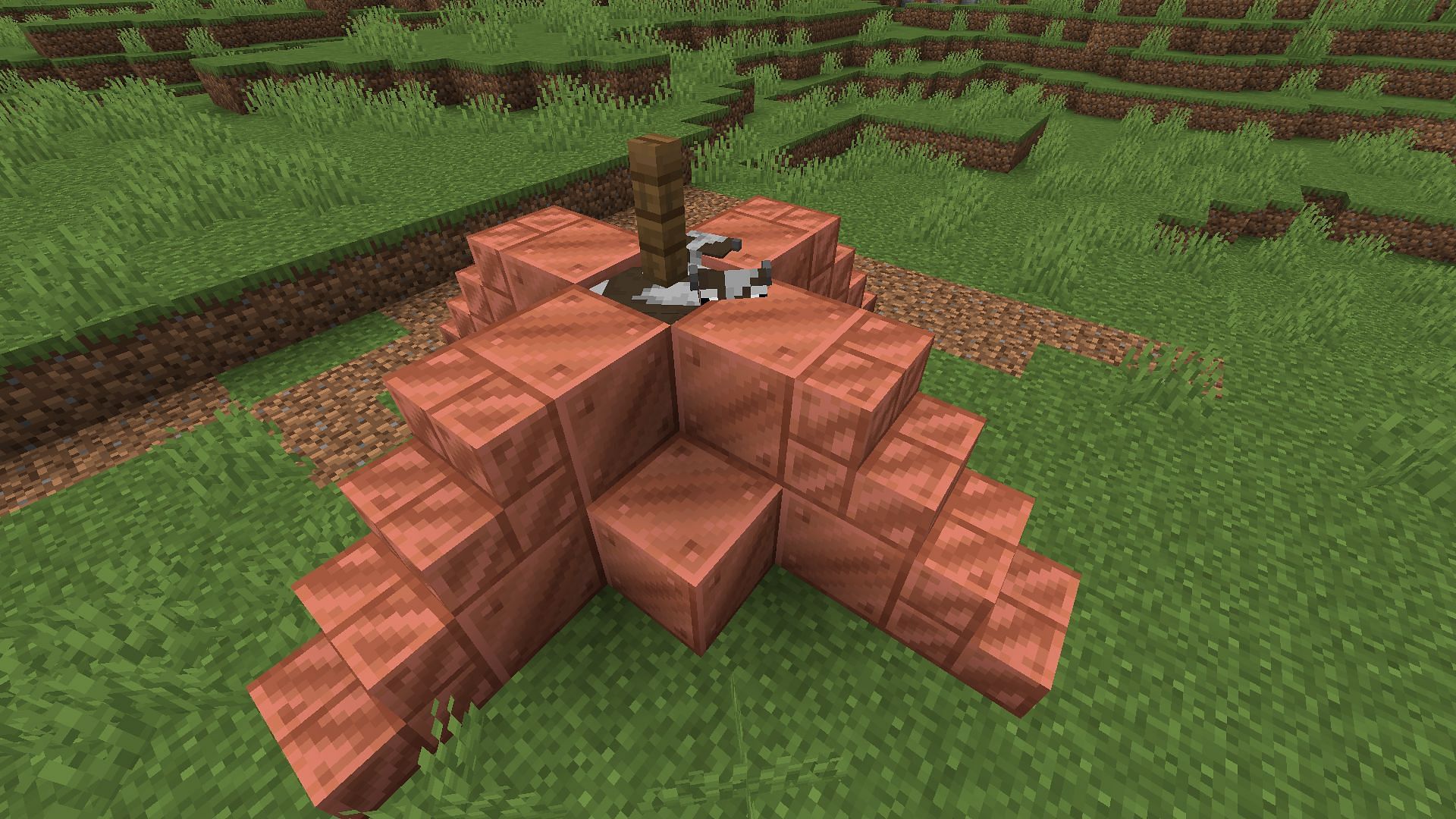 There are many materials that Minecraft players will need in abundance throughout the life of a world. The majority of them can be grown using automated systems and farms.

Some unlock new areas of the game, others keep users alive, while a few others keep tools and equipment in top condition.

Cow grinders allow for nearly endless food in the form of raw beef. While definitely not the best food in the game, steak is more than enough to keep players well fed in the early and mid game.

These cow farms also provide quick access to the abundant leather needed to craft books to unlock the best of Minecraft enchantments. They take up little space and, if well constructed, also make little noise. 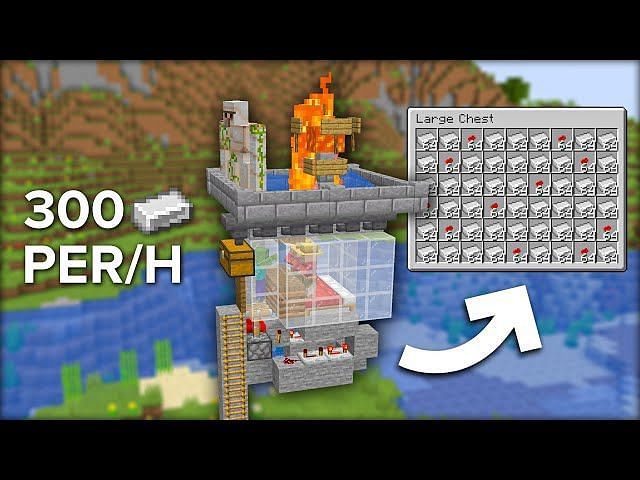 Iron is a vital resource. This makes the armor most people will be using for much of the mid game. It is also used to craft shields, as well as hoppers and many other valuable components.

Hoppers are needed in abundance to facilitate most of the best farms in Minecraft. Therefore, iron is also needed in large quantities. 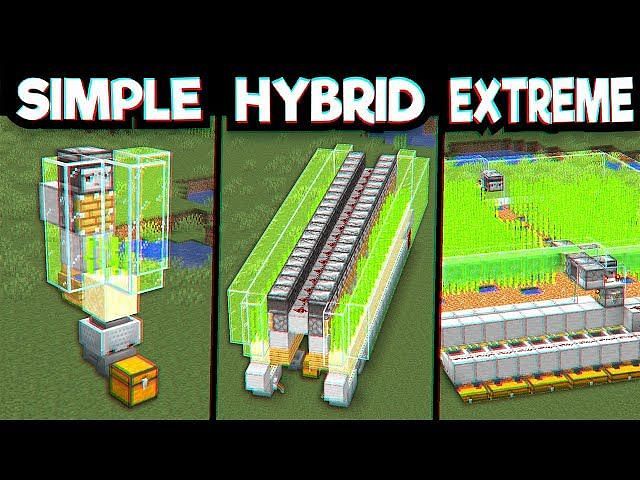 Sugarcane is a beneficial plant to grow. It is used to craft paper, which is incredibly useful to players for two important reasons: enchantment and rockets.

Paper is needed to craft Books, which are then turned into Bookshelves to unlock the game’s highest level enchantments. It’s also needed to craft Firework Rockets, which allow users to fly around the map using an elytra.

Once this mode of transport is unlocked, Minecraft is totally changed, as players can explore their worlds at a new, unparalleled capacity. 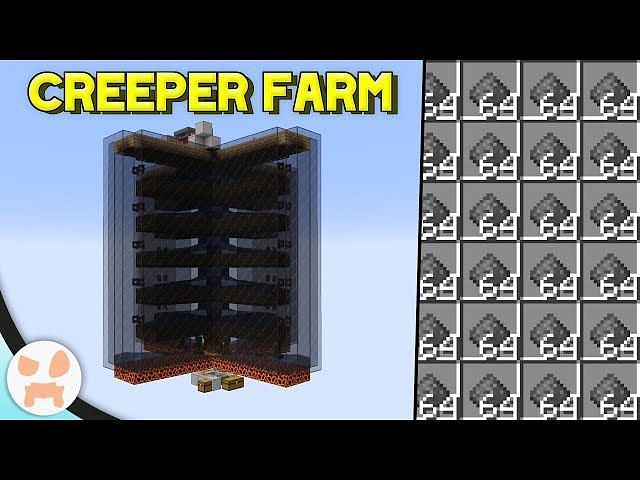 Creeper farms are the best mob farms players can do. They drop gunpowder, which in the late game is needed for firework rockets. Although it might look like a cosmetic thing, as they are called fireworks, these rockets allow users to fly around the world using an elytra, found in floating ships in final cities.

Due to the relative scarcity of Gunpowder and the usefulness of flying, players should try to build a Creeper Farm quickly after defeating the Ender Dragon, so the Gunpowder has plenty of time to accumulate. 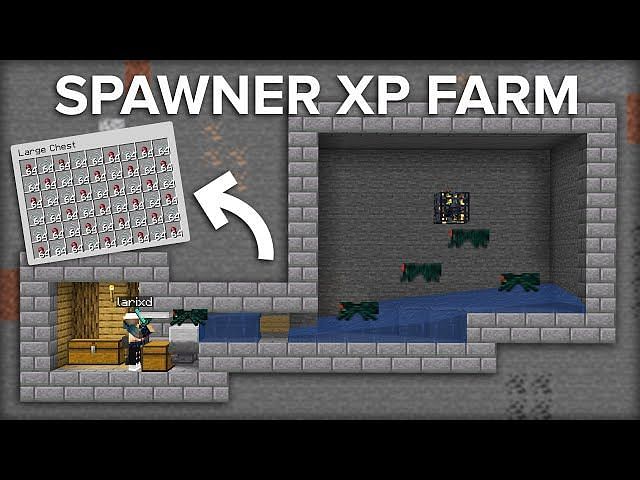 XP farms are the best farms that players can create for their survival worlds in Minecraft in 2022. Towards the beginning of the game, they can use cave spiders or dungeon spawners, while in the later stages, farms endermen or pigments can be used.

They allow for quick enchantment if users need to get a new enchantment or remake any broken or lost enchanted gear. They also allow enchanted equipment to be repaired using the repair enchantment.

Depending on the mob in question, they can also be a good source of drops. Skeletons have the most valuable drops, so players should always keep an eye out for Skeleton spawners in their world, as Arrows and Bones are pretty good at all stages of the game.