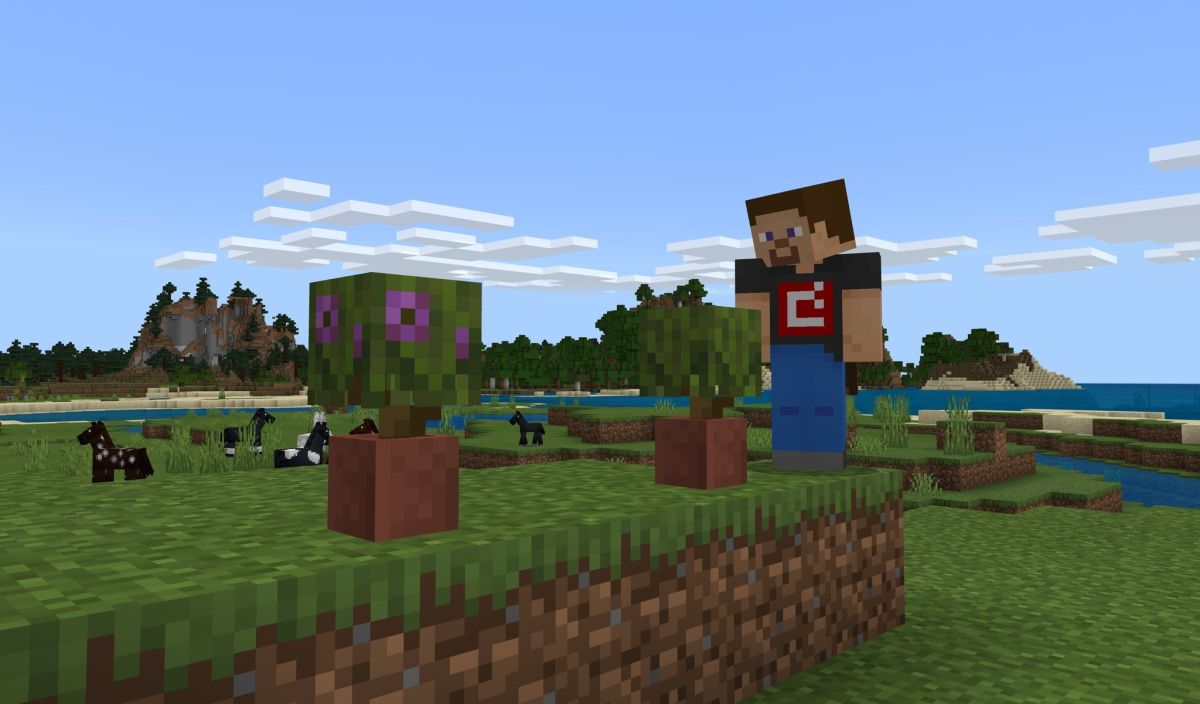 Minecraft is just days away from receiving its next major release with the launch of the first part of the Caves and Cliffs update on June 8. Mojang Studios is working hard to make sure the update is as stable as possible with a flurry of new Minecraft: Bedrock Edition and Minecraft: Java Edition Snapshots ahead of the Caves and Cliffs update. Today, Mojang Studios releases Minecraft: Bedrock Edition Beta 1.17.10.21 with a new batch of bugfixes. However, today’s beta also surprises with add a new feature to the imminent updating of caves and cliffs.

With Beta 1.17.10.21, Mojang Studios is adding Potted Azaleas and Potted Flowering Azaleas to the game. If you like the look of these new Lush Cave plants, now you can place them in a flowerpot and decorate your home or base with them. It’s rare for features to be added to major updates so close to release, so it’s nice to see Mojang Studios adding these two new items to the game. On top of that, there’s also the usual set of bug fixes and general improvements to look forward to.

Beta 1.17.10.21 follows the previous Beta 1.17.10.20 and Minecraft: Java Edition Pre-Release 4, showing that Mojang Studios has no intention of slowing down as the release of the first part of the update approaches. Caves and Cliffs day. If you’re looking for some new Minecraft gear in your life, look no further than our list of the best Minecraft products, toys, and gifts.

2021-06-03
Previous Post: How are the two games different?
Next Post: Minecraft Dungeons hit 11.5 million unique players in its first year