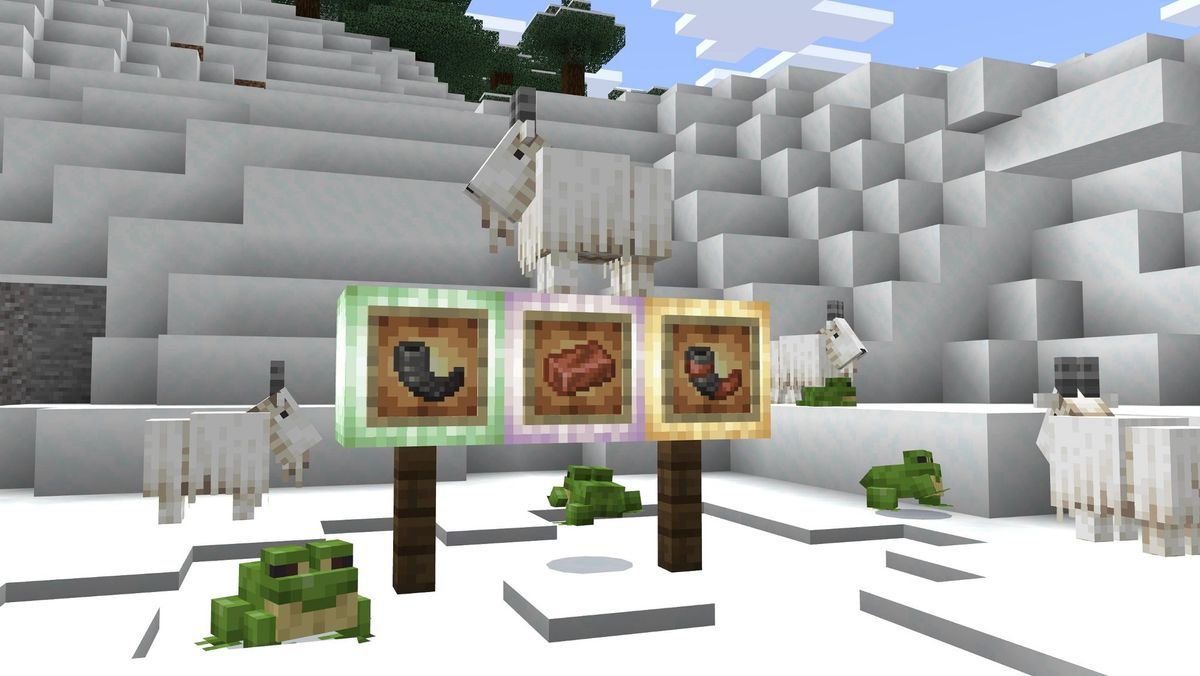 The beta follows the last release which added the ally mob from The Wild Update. On Wednesday, the new version brings additional upcoming features like the goat horn, which produces a sound mimicking the goat it comes from, and the copper goat horn, which can produce three different sounds depending on the position of the players. Expected changes and quality of life improvements are also included in this release.

Minecraft maintains its place on the list of top Xbox games through tireless iteration and improvement, and these betas are all part of the process. While those betas are still technically contained in the current Caves and Cliffs update, Mojang Studios is hard at work on The Wild Update, which will arrive later in 2022 with new monsters, biomes, features, and more.

Despite different version numbers, this build is identical in the Minecraft: Bedrock Edition beta and Minecraft Preview. If you want to try out Minecraft Preview, it’s now available to test on Xbox consoles, Windows PCs, and iOS devices.

Is Xbox Game Pass Ultimate the best value of all games? It’s possible. Ultimate bundles your Xbox Live Gold membership, Xbox Game Pass for Xbox consoles and PC Game Pass for Windows devices, and Xbox Cloud Gaming for fun on the go. That means access to hundreds of games, with more being added all the time, for just one monthly subscription cost.