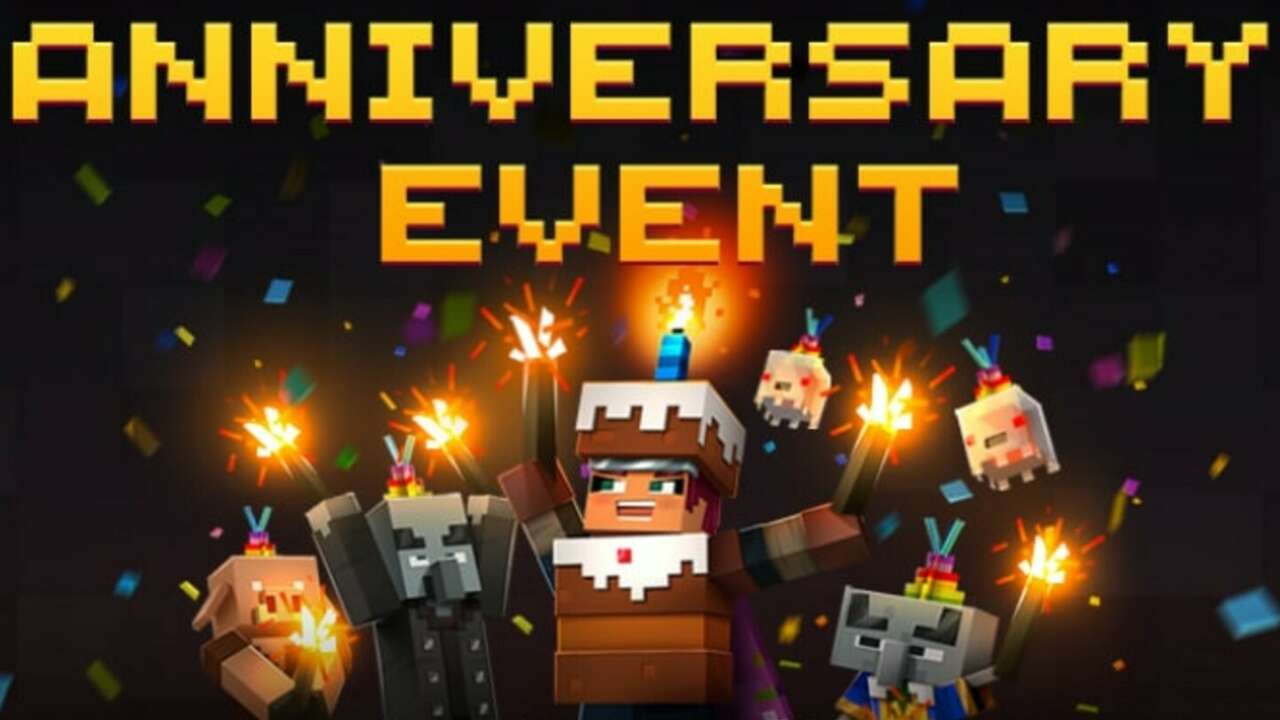 Minecraft Dungeons is celebrating its first anniversary with new free content, new DLC, and a special in-game event where players can acquire armor that looks good enough to eat.

From May 6 through June 8, Minecraft Dungeon players can complete Seasonal Trials to earn special anniversary rewards, including cake-themed armor and an event-exclusive cape.

The arrival of the game’s Hidden Depths DLC goes hand in hand with the anniversary celebration. The latest expansion to the Minecraft-themed action RPG, Hidden Depths takes players under the sea and brings new enemies, armor, artifacts, and weapons like the Coral Blade and Bubble Bow for players to acquire. Underwater, players will need to maintain their oxygen levels while swimming through currents of air bubbles, a concept that is likely familiar to players from the original Minecraft.

A new free update for all players will also add a new type of enemy to the game in the form of Raid Captains, which players can seek out for more challenges and more rewards.

Minecraft Dungeons received crossplay between consoles and PC late last year, with cloud-enabled cross-saves coming to the game earlier this month. The game even receives an arcade version. Overall, it’s been a strong first year for Minecraft Dungeons, which recently hit 10 million players, no doubt in part thanks to its inclusion on Microsoft’s Xbox Game Pass service for Xbox consoles and PC. The game is also available on Nintendo Switch.