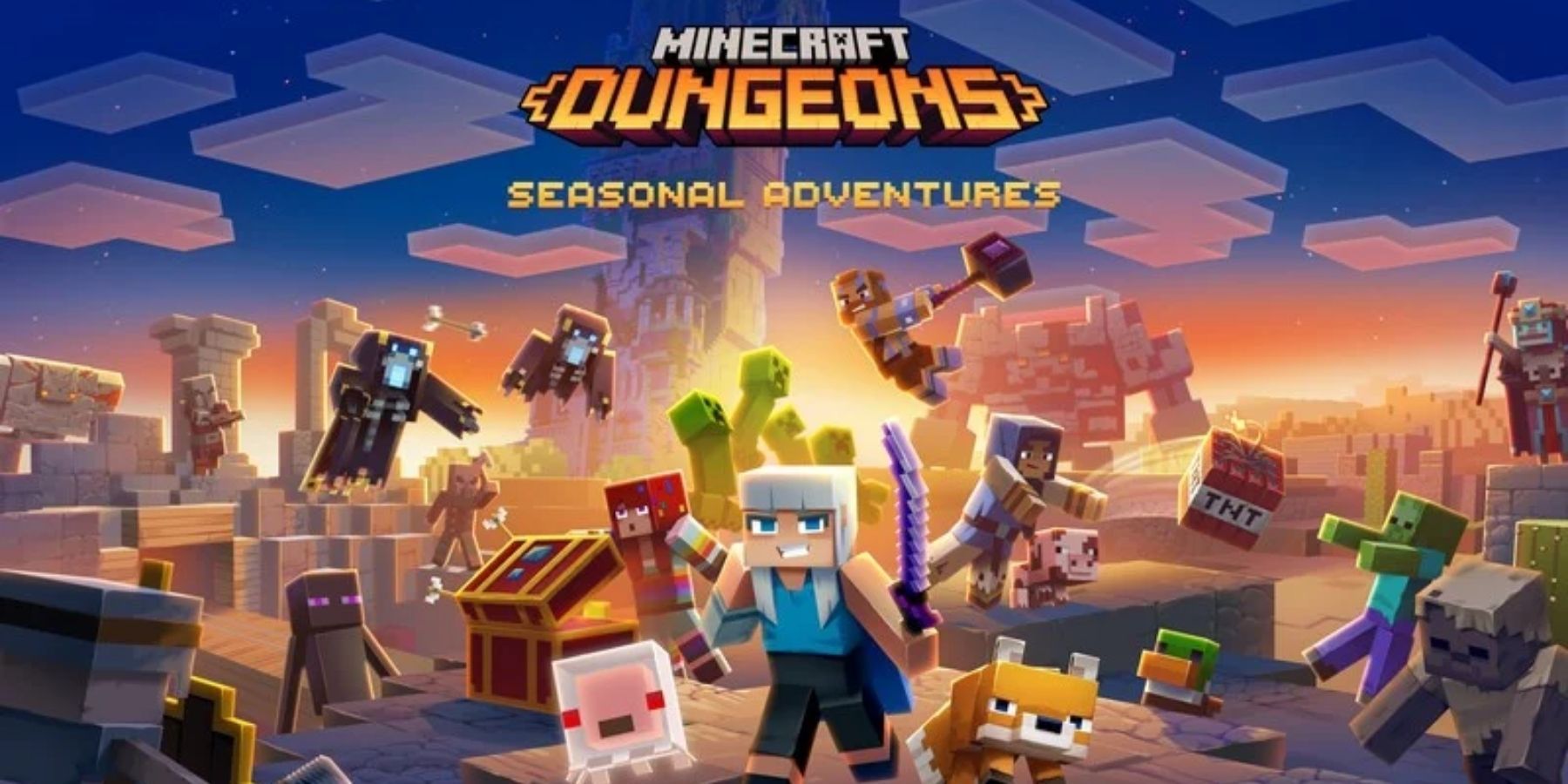 Minecraft Dungeons kicks off its seasonal adventures with the Cloudy Climb update as Mojang reveals information about new content.

Minecraft Dungeons players get their first glimpse of the Cloudy Climb update, the start of a new era for the game. When first released, it featured a more linear and condensed story, but after many Minecraft Dungeons DLC packs, there is much more to discover. Cloudy Climb marks the start of its seasonal adventures, a new direction Mojang Studios is taking in an effort to keep things fresh. This new information gives players a better idea of ​​what to expect from the first Seasonal Adventure, but also gives some insight into how Seasonal Adventures work as a whole.

As their name suggests, these seasonal adventures for Minecraft Dungeons will be updated fairly frequently by Mojang. During a Season, players will have the opportunity to earn unique rewards by earning Adventure Points and increasing their Adventure Rank. The whole thing is set up similarly to a battle pass system.

The main goal of Cloudly Climb is to add more endgame content for players to enjoy. The core story and DLC will remain mostly intact, but players will theoretically have an endless amount of content to enjoy after completing it. The main draw here is The Tower, a new game mode where players will scale a massive tower. Every floor of this tower will be procedurally generated, and there’s another catch. Rather than picking up their own gear, players will start each run as a blank slate and must grow more powerful as they climb. It’s reminiscent of roguelite games like Return or underworld.

That said, the rewards obtained from this tower are permanent and can be reused in other areas of the game. Players will increase their Adventure Rank by completing daily and weekly challenges in order to earn emotes, cosmetics, and other objects. At the very least, it will definitely help provide some direction for players who have already beaten everything and don’t have much reason to return to the game.

The icing on the cake is that this new season Minecraft Dungeons the content is completely free for players. There will be an option to spend real money to unlock better rewards from the Adventure Rank system, but this is by no means required. Players can expect to see the update roll out sometime this holiday season, which is surprisingly soon given the scope of the event. It’s still unclear how long a season will last and what will happen to season-specific content once the season is over, so players should stay tuned for more.

Minecraft Dungeons is available now for PC, PS4, Switch and Xbox One.

MORE: Minecraft Dungeons: Every Secret Level & How To Find Them

2021-10-17
Previous Post: Minecraft Dungeons Update Release Date | Cloudy Ascension and the Tower
Next Post: How to Make a Zipline in Minecraft: Bedrock Edition