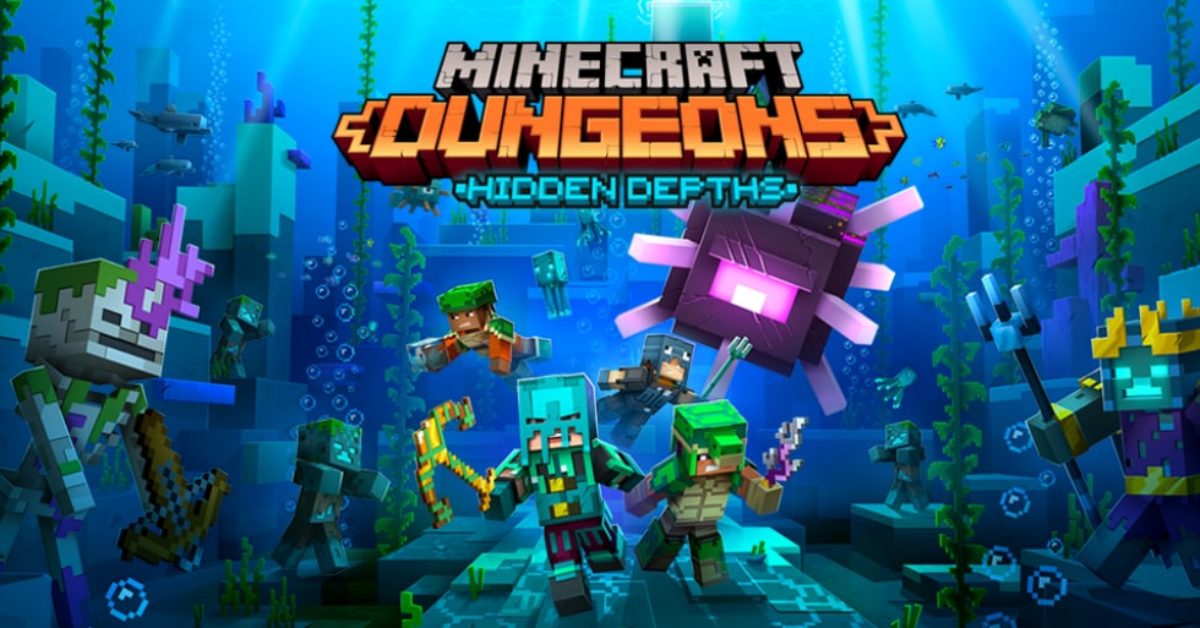 Mojang celebrates the first anniversary of Minecraft Dungeons with new DLC release and more content. The Hidden Depths includes both paid and free content, which will unlock new ocean-inspired weapons, gear, and artifacts that you can find. Some of the items you can grab are the Coral Blade, Bubble Bow, Anchor, and Turtle Armor. But you’ll also have to deal with new enemies, such as the mob of Sunken Skeletons and a powerful new enemy in Raid Captains. The team also added something from the main Minecraft title to help you gain oxygen while trying to swim, as you have to swim through currents of air bubbles to refuel. You can read more about it below and check out the extended video which describes it in detail.

It’s time to dive into the depths of Minecraft Dungeons with the new Hidden Depths DLC – which goes live today! A shard from the Orb of Domination has wreaked havoc, and it’s up to you to free the tides from the dangerous undertow of Corruption. Look, it’s all well and good saving the Overworld from corruption (and a very important job!), but let’s be honest… loot doesn’t hurt! New weapons, gear, and artifacts await beneath the surface among countless lost treasures.

Of course there is also a free update today which provides new content for all Minecraft Dungeons players. Hiding among the mix of new monsters and enemies are the Raid Captains, a powerful new enemy! Look out for these Raid Captains and add a new level of challenge to your missions (and more importantly, reap the rewards). The natural beauty of this DLC may distract you from the dangers of the depths, but the new weapons, gear, and artifacts ensure that everything will be fine. If all else fails, at least you’ll still have the baby turtle pet.