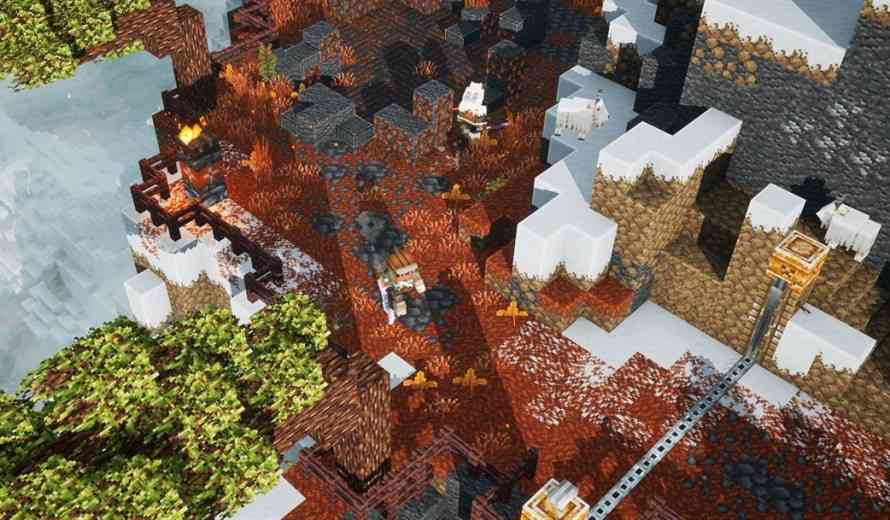 Minecraft Dungeons Season Pass is worth its weight in gold

Since launching earlier this year, Minecraft Dungeons has been providing players with brand new paid DLC every few months. The first two DLC packs, Jungle Awakens and Creeping Winter, arrived in July and September respectively and were available individually or through the Hero Pass. The best part about these DLC packs was that they picked up the Minecraft Dungeons story at the end of the main game, providing true expansion instead of just new levels. These new DLC packs also took players to new biomes, including the jungle and a snowy island. Mojang Studios has apparently not finished supporting Minecraft Dungeons and has come up with a brand new set of four DLC packs. These four new DLC packs will be available through a new pass called the Season Pass. Even if you purchased the Hero Pass, you’ll need to purchase the Season Pass to unlock these new adventures or you can purchase them a la carte.

Howling Peaks, the first of four upcoming DLC ​​packs contained in the Season Pass, provides a similar amount of content that fans have enjoyed in previous Minecraft Dungeons DLC packs. Fans will get two new levels and a new secret level, all contained within a new area. Each level is quite large, taking over an hour to complete, and filled with treasure chests and secret areas. The Howling Peaks DLC also continues the same post-game story that was introduced to us in the Jungle Awakens DLC. Additionally, players will also receive new armor, weapons, and artifacts to help them take on new monsters such as the Squall Golem.

The first level of Howling Peaks features a long ascent of a vast mountain. This is probably the most vertical level in Minecraft Dungeons so far. Throughout the hike you will come across vast bridges spanning deep chasms and a large lift to aid your ascent. Howling Peaks also introduces a new wind feature, creating new obstacles and puzzles that utilize strong gusts of wind. If you’re not careful, you’ll get blown away and stunt your progress. The second level brings players into a huge temple of wind, filled with close combat and unique wind-based puzzles. The level, unfortunately, ends with one of the most boring boss battles Minecraft Dungeons has to offer – but that’s really one of the only glaring issues with this new DLC.

The Howling Peaks DLC is available now. For Minecraft Dungeons fans, it’s easy to recommend the Season Pass, as you’ll get immediate access to Howling Peaks, and you’ll have three more DLC packs to unlock in the future. As for what those three DLC packs might be, nothing has been officially announced, but internet rumors suggest we might see The Nether, the Ocean, and The End. If you haven’t had a chance to try out Minecraft Dungeons, I highly recommend it, especially if you like fun couch co-op play. Be sure to check out our Minecraft Dungeons review.