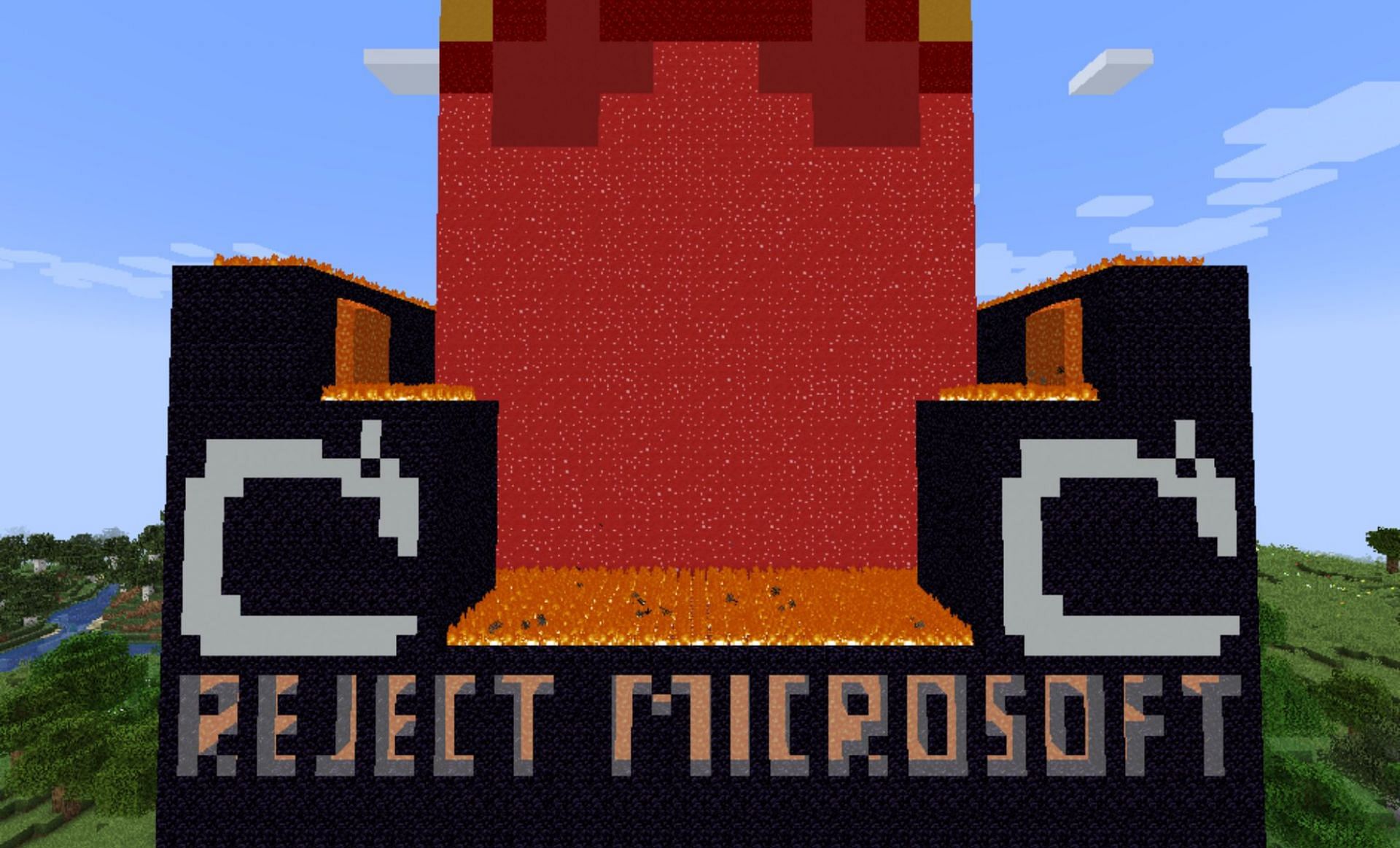 Microsoft owns Minecraft. They bought parent company Mojang in 2014 for a moderate price of $2.5 billion. Since 2014, the game has grown exponentially, with 11 major updates to bring the game to its current version: 1.19.

Microsoft has done a pretty good job running the title, and since they bought Mojang, they’ve released Minecraft Dungeons and are working on releasing Legends very soon.

Microsoft is a huge company, and adding Mojang to its executives wasn’t groundbreaking. However, it was quite important for Mojang and Minecraft players.

Some users didn’t like the deal at the time and are still not happy with Microsoft owning their favorite game. A Minecraft Redditor created a message for them in-game.

Microsoft has drawn the ire of Minecraft players several times over the years since the acquisition. There were several instances where users felt that Microsoft didn’t care about the game and didn’t seek out the players.

Recently, update 1.19 introduced the ability to report players on private servers who abuse chat settings. This feature is probably intended to reduce cyberbullying, but part of the community is not very happy with it.

The update allows “reported users (to be) banned from online play and Realms after moderator review.” If the moderators determine that the violation was serious enough, the player may lose their entire account.

Not much can be done, but at least this Minecraft Redditor (and those who agree) is trying to protest a little.

Unfortunately for them, this little protest probably won’t do much, but they’re at least trying to stand up for what they believe in. Recently, Microsoft forced all gamers to migrate their accounts from Mojang.

It was largely about getting everything in order so that Microsoft could take over and monitor all the accounts. They offered a cape to users who voluntarily did so, but many now feel the cape was dishonest.

That’s why the original poster set the homemade cape on fire. It’s symbolic and most likely won’t even get Microsoft’s attention, but it looks like there are plenty of gamers supporting them.

However, one commentator felt there was no reason to stop using the cape.

However, some commentators were inspired to remove the cape themselves.

Many potentially realize their “mistake” for the first time.

A player is very concerned about the future of the game. They don’t believe that Microsoft has their best interests in mind, nor the interests of the players.

A few users have found flaws, but these probably won’t last forever.

One commenter joked that Microsoft would see this post and take hilarious action.

A revolution might be hyperbolic, but there seems to be plenty of traction against Microsoft.

This post has received fairly positive attention, as Microsoft is unpopular with this side of the community. It may not change things in the end, but with over 26,000 upvotes in 11 hours, the company can take notice.