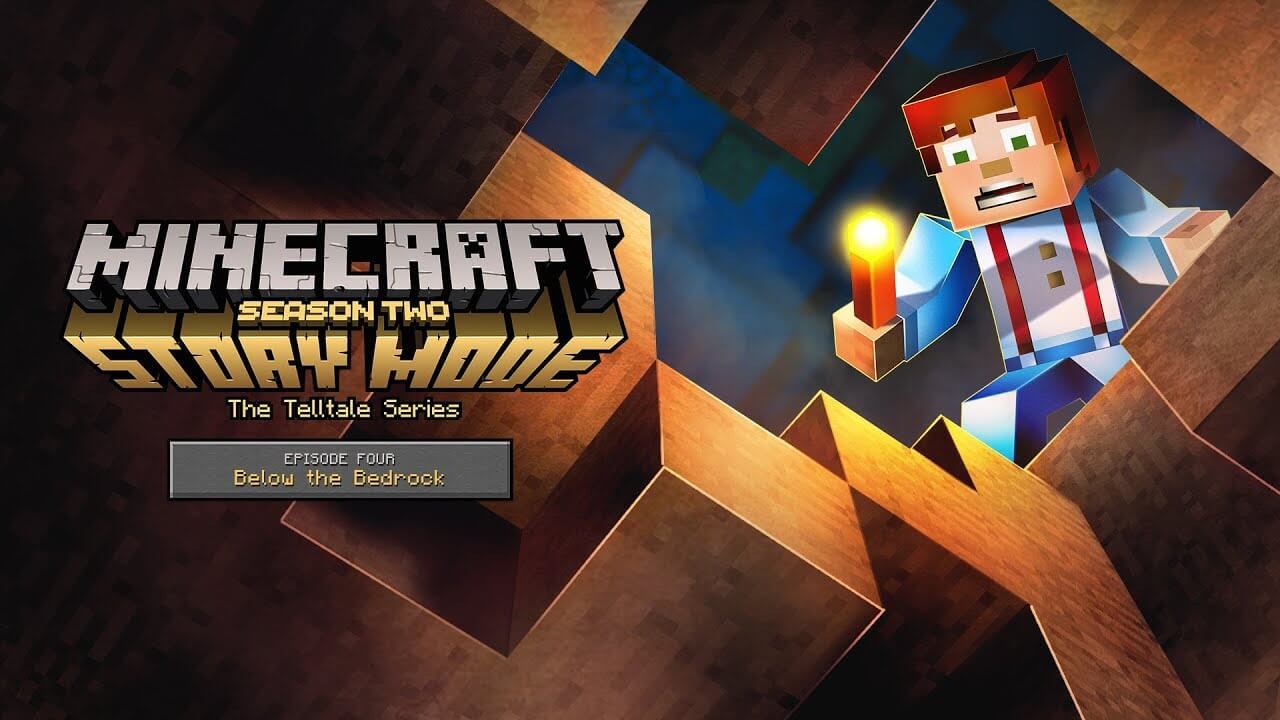 Minecraft: Story Mode – Season Two is in full swing and Jesse and his friends have already had quite the adventure. Now we enter the penultimate (presumably) episode, still having many unanswered questions and wondering what will happen to Jesse next. Episode four manages to answer some of these questions, but you’ll end up with many more at the end.

This episode begins as Jesse, Xara and their friends have escaped from the Sunshine Institute and headed to a hidden world. This place turns out to be the underside, a large world created by the three administrators (Xara, Fred and Romeo). While the Sunshine Institute was a singular place worth exploring, the Underneath has a number of different locations you’ll visit, each larger than the last. Lava-filled rooms and winding mine tracks are just a few of the things you’ll encounter. Unfortunately, Administrator Romeo let the cities fall into ruin.

Your main objective when navigating the Underworld is to find Fred’s house, where he has hidden a weapon that will take out Romeo once and for all. This is something you’ll want to do quickly, as Romeo has taken on the identity of Jesse and returned to Beacontown. In order to gain access to Fred’s house, you will need to answer a quiz about him and spend some time researching the answers. It takes a whole chapter, but you can actually skip the research and enter the house anyway, though it’s fun to do by interviewing the people who live in Fred’s town and figuring out how to get your answers.

Obviously the episode isn’t as simple as just grab the gun and go, you’ll have even more fight scenes, QTEs and hard choices to make this time around. There are quite a few battles to fight, as well as a whole new big boss to face off against. It’s definitely a highlight of the episode, even though the fights end pretty quickly. As usual, the boss only needs a few specific hits to take down, but it’s still impressively designed and enjoyable to fight.

The decisions you have to make in this episode are some of the toughest yet, relying on choosing which last episode to leave in Xara’s jail cell. Below, some of your decisions will have a big impact on what happens in the end. You might want to ask for help, but it might cost you a friend’s life, and the episode’s ending has another big, tough decision that might see you leaving someone else behind. . It remains to be seen if these decisions have a definitive impact on the final episode, but it feels like what you choose is going to have an impact.

This dramatic ending and beginning to the game is what will draw you in and keep you eager for the next episode to come to an end, but it feels like this episode, like the previous one, has another sudden ending. While not a big deal, an extra five or ten minutes at the end of this episode would have really set up the premise for episode five. Instead, it feels like the ending is a bit too abrupt, which is a shame because the rest of the episode is told well.

What the episode does particularly well is make you feel for the characters, both good and bad. We learn even more about Romeo and how he over time became the warped administrator he is now. Some old friends from the first season make a brief appearance and some new friends will need a bit of reassurance, which really helps you relate to the characters. This episode isn’t just about getting something to beat the admin, it’s about learning how to deal with losing friends, either permanently or temporarily.

All six episode achievements will be earned with natural story progression, as with previous episodes.

Episode four set us up for an exciting conclusion to Minecraft: Story Mode – Season 2. We’ve got another thrilling boss fight, more really tough decisions, and some serious subject matter that really makes you feel the characters. There are bits in the episode that can be skipped, which makes them feel a bit unnecessary, and the sudden ending feels like something was cut; it could have benefited from a little more set up for the last episode. Overall, though, it’s another solid start to the season and you’ll be excited for what’s to come. 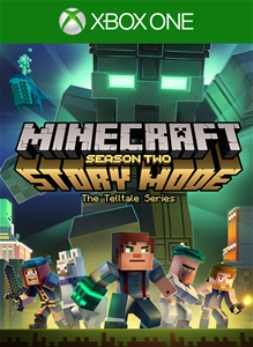 The reviewer spent just over an hour battling through the underworld in order to find Fred’s gun, earning all of the episode’s achievements along the way. The Xbox One Season Pass was provided by the publisher for the purposes of this review.
2017-11-13
Previous Post: Minecraft: Story Mode Season 2 – Episode 4: Under Bedrock Review (PS4)
Next Post: Minecraft Story Mode Season 2 Episode 5 Releases in December