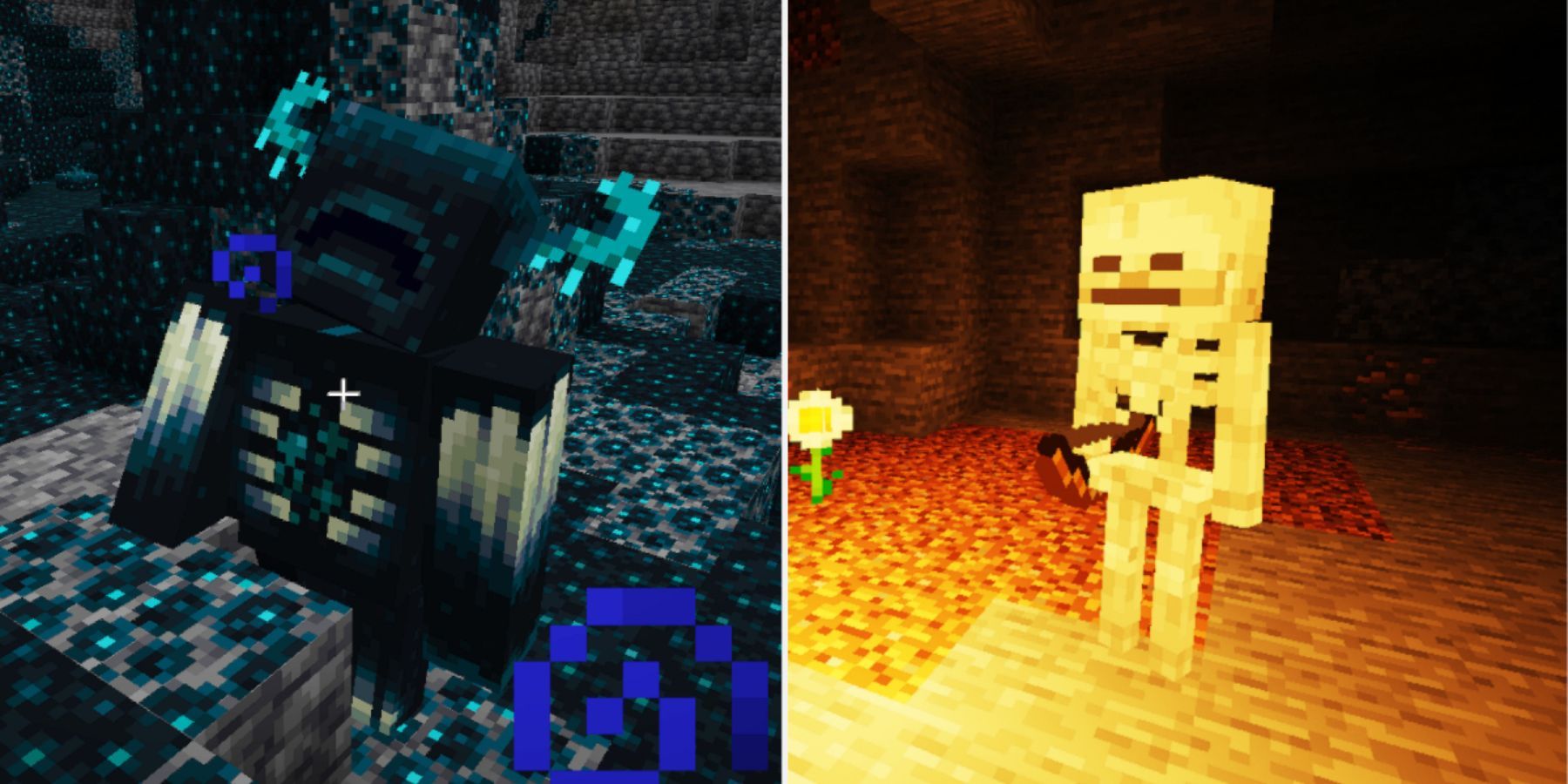 Caves and cliffs have only recently been updated in Minecraft, and overall the changes were well received by fans. Caving has become much more interesting and exciting with huge generation changes to the world, as well as the introduction of different cave biomes. Even a new fantasy-themed structure and biome, Deep Darkness, has been added, along with the Guardian.

With that, it would seem difficult for Mojang to come up with even more ways to make caves even better. However, everything could always be a little better in Minecraft, even if the game is already great as it is. Here’s how the caves could be further improved in future updates.

Biomes for caves have been extremely well received by fans, which means there’s definitely room for more. The lush caves and drip caves are absolutely stunning, and with the dark and deep biome also introduced, there’s plenty to explore. But who said there couldn’t be even more biomes?

Cave biomes could also depend on the type of Overworld biome, for example, Mojang could introduce Ice Caves or Jungle Caves. Deserts could also have a unique cave type with more sandstone blocks. Some resources could also be unique to those cave biomes, just like mountain caves are the only ones that spawn emeralds for example.

Structures are important in Minecraft because they encourage players to get out and explore. They also carry unique loot that makes them desirable for players to conquer. Currently, caves have mineshafts, dungeons, and dark, deep cities as their main structures.

RELATED: Rarest Items In Minecraft (And How To Get Them)

However, given the size of caves these days, Mojang could easily add other cool structures deep within the caves. These could also be biome dependent. Lush caves might have small cabins with village-themed loot and icy caves might have something resembling Yeti or Polar Bear dens with loot inside.

New caves mean bigger areas to explore, and lighting is one of the main issues players will face when venturing into the depths. Fortunately, Mojang has changed the way hostile mobs spawn (they only spawn in total darkness now), which means players don’t have to light up every nook and cranny. However, there is room for innovation here.

Torches have been a go-to method for a while now, but players might have portable lanterns at their disposal. Braziers would also be a cool way to light up caves. Since some caves are massive, players should also have a way to fire glowing or flaming arrows to light the way from a distance.

Mods have already introduced players to some extremely cool climbing tools, so why not include them in the game? The grappling hook could be a nice addition, given the massive size of some caves, and would replace the need to constantly craft bamboo ladders or scaffolding.

While the traditional method was to climb with a bucket of water, Mojang has a chance here to bring some realism to the game with other options. A simple rope could be the answer and make twine an even more useful resource to gather before heading into the caves.

With the Guardian being the newest addition, the caves desperately need more unique monsters. Most of the hostile mobs that spawn in caves, with the exception of cave spiders, will also spawn at night in the Overworld, which is why they feel a bit uninspiring.

Again, new hostile mobs could be spawned to match cave types. Lush caves might have flowers or poisonous snakes, or even nesting birds. Ice caves could have yetis, or polar bears could be placed there to give them a bit more dimension as a passive mob. Desert caves might include mummies as a sort of fantasy-themed hostile mob.

There were some early images featuring archeology in Minecraft, but it is unclear whether this will be part of the normal editions of the game or part of the Education Edition. Anyway, the possibility of archeology would be interesting, as it would open up a whole new dimension of mechanics and gameplay in Minecraft. Perhaps archeology could allow players to discover ancient treasures, such as enchanted swords or armor?

Another feature is buried treasure. Players already got a taste of this feature in Aquatic Update 1.13, with Treasure Maps and Buried Treasures. However, caves can hold buried treasure just as well as beaches. Mojang could offer buried hideouts or lavish treasure rooms of ancient civilizations to really spice up the gameplay.

Minecraft is available on PC, PlayStation 4, Xbox One, PlayStation 5, Xbox Series X/S, Nintendo Switch, Android, iOS and many other platforms.

MORE: Minecraft: Tips for Living in the Nether