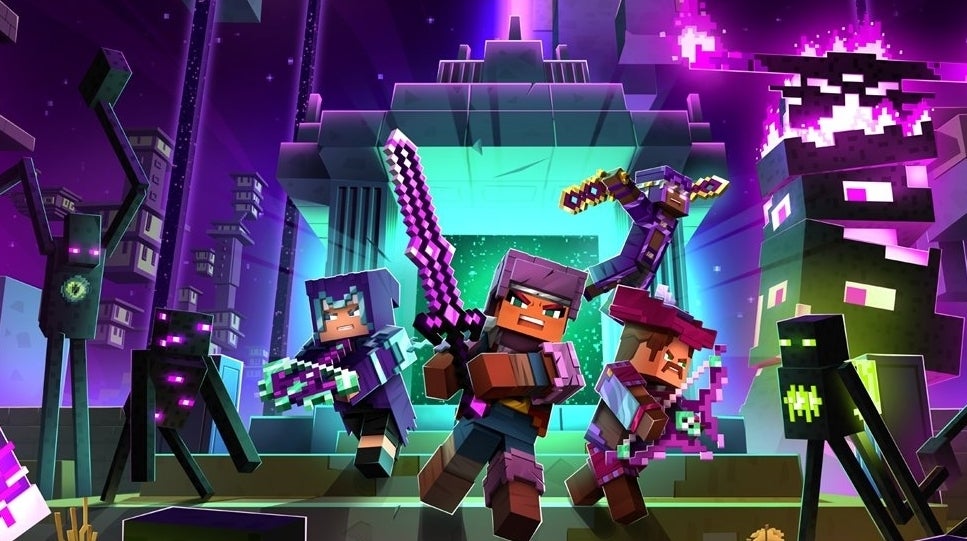 Echoing Void, the sixth and possibly final DLC for Minecraft Dungeons, will launch on July 28.

An Ultimate Edition version of the game will also launch on that date, with Jungle Awakens, Creeping Winter, Howling Peaks, Flames of the Nether, Hidden Depths, and Echoing Void DLCs for a discount.

Another free content update will also arrive, featuring a new maze-like mission, Gauntlet of Gaze, as well as new enchantments.

Echoing Void takes players to The End, the home of the Enderman and the final boss area in the mainline Minecraft. In a blog post detailing the DLC, developer Mojang described it as “the conclusion of the story we’ve been following for over a year”, the game’s “final arc” and, quite literally, “the end “.

“Does that mean it’s over for Minecraft Dungeons?” Mojang continued. “Certainly not – there’s a lot more to come – but one thing at a time!”

A mix of Diablo-lite battles and Minecraft adventures, Minecraft Dungeons is great fun and has worked well for Microsoft, with two content season passes now featured.

Minecraft Dungeons is available on Xbox, PlayStation, Nintendo Switch, and PC, and there’s cross-platform multiplayer. It’s also, of course, on Xbox Game Pass, and overall it had amassed 10 million players by February of this year.

2021-07-13
Previous Post: Minecraft Dungeons heads to The End with Echoing Void DLC on July 28
Next Post: Where to easily find emerald ores in Minecraft Bedrock Edition on Android