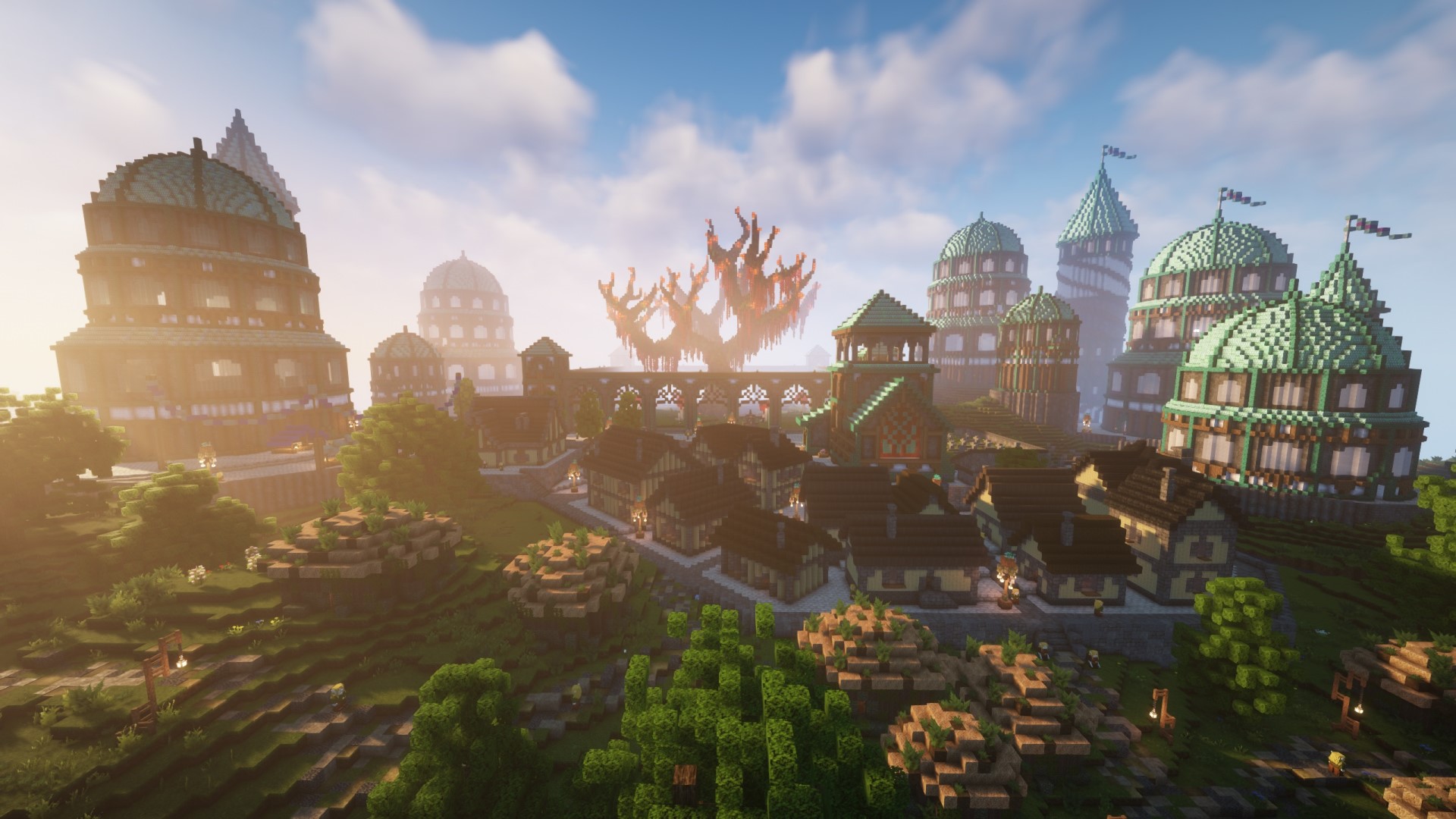 This Minecraft DnD campaign is spectacular

Minecraft emphasizes allowing the player’s imagination to run wild. It’s about allowing you almost unlimited freedom to build what you want, play how you want, and do what you want. Minecraft is for everyone, regardless of playstyle or preference. The same goes for many tabletop RPG games, which is why it’s odd that we’ve never considered merging the two before.

Luckily, Algarith isn’t us; they are constructed differently. Algarith is a Redditor who shared some images of Yafran, an elven city from their Minecraft DnD game, which they created to help players get a good idea of ​​the place. It’s filled with NPCs and enemies sculpted using the Chisel and Bits mod, which allows players to more precisely sculpt the game’s base blocks for a more natural and varied look. Algarith then manipulates different pieces of the game by tracking players while invisible.

“The idea is that it will be a bit different from normal DnD because players can explore in real time, and I always like the idea of ​​3D battle maps which Minecraft is great for.” It’s a really innovative idea. While the time investment required to create a map worthy of a D&D campaign is undoubtedly enormous, Algarith thinks it will be worth it as they play with friends halfway around the world.

Something not available in Minecraft that Algareth mentioned is a way to streamline the experience. A mod that “includes dice rolling, pre-built miniatures, character sheet integration, and more.” might make things easier to use, and there’s definitely an opening there for any budding modders. Our only concern is what happens when players go off the rails, but hopefully Algarith has planned for that.

In other great things players have created, if you’re a space fanatic then you should definitely check out this awesome version of Sagittarius A*, the black hole at the center of our galaxy.

2022-05-17
Previous Post: How to Get the Baby Moobloom in Minecraft Dungeons
Next Post: Security Breach Fan Builds Playable Princess Quest in Minecraft