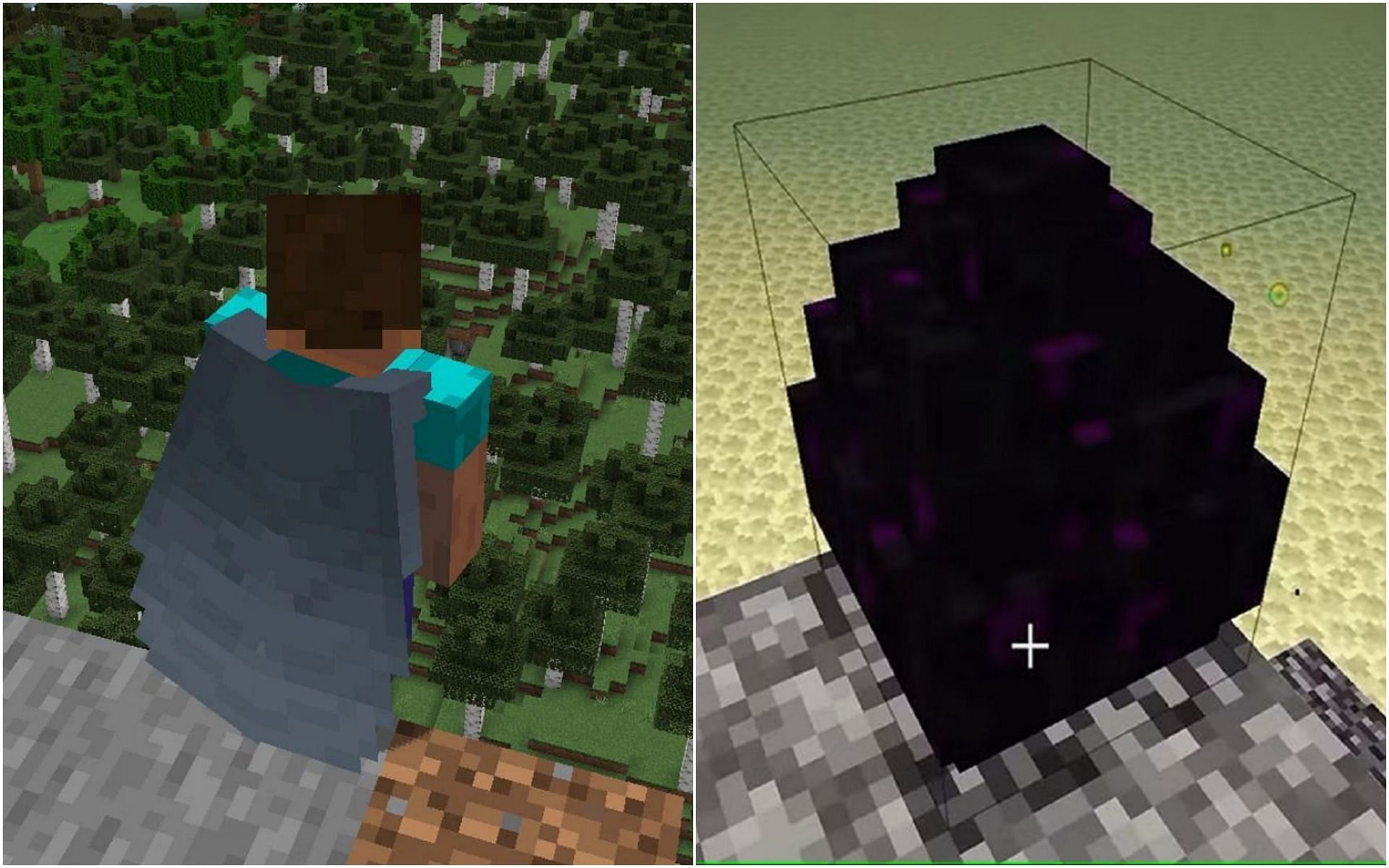 When players first enter Minecraft Bedrock Edition, they gather simple items like wood, sticks, cobblestones, etc. However, as players progress through the game, they will find rarer and more valuable items that will help them defeat tougher opponents. Some of these items are quite famous and are known to all players, while others are lesser known.

Not every rare item in Minecraft Bedrock Edition helps players. Some are simply prized possessions and can be used to decorate structures. However, getting most of these items brings immense joy to players as they know what they went through to get them.

Elytra is an ultra-rare item that players can only obtain once they defeat the Ender Dragon and loot one of the End cities with a floating ship. Finding this item can be extremely tedious. However, once players wear Elytra, they will be able to fly. Flying is one of the best features of the game since players can easily travel long distances and prevent themselves from taking fall damage.

Although tridents are much more common to obtain in Minecraft Bedrock Edition, they are still considered one of the rarest items. It can be used both as a melee weapon and as a ranged weapon. Tridents have a 15% chance of being dropped by a drowned zombie.

The true power of a trident is unleashed when enchanted with special bonuses. Players can summon lightning, fly when wet, and even recall the trident after it’s been thrown.

Ender Dragon is the final boss of the game, after which players liberate the End Kingdom and can easily move around to find End Cities to loot. Some of these structures will also spawn floating ships. This is where players can find the Ender Dragon’s head attached to the front of the ship. This head can be obtained and used as a helmet or as a decorative piece.

Players can take this rare item as a souvenir after defeating the dragon and completing the game.

Ancient Debris is one of the rarest blocks in Minecraft Bedrock Edition and for good reason too. Netherite can be mined from these blocks, which is a much tougher material for crafting tools, weapons, and armor. To find Ancient Debris Blocks, players must go deep into the Netherrealm and mine for hours to find a few.

These blocks are explosion proof; therefore, some players are using Beds or other explosives to clear massive areas of the Nether to more easily spot Ancient Debris.

Dragon Egg is arguably the rarest item in Minecraft Bedrock Edition when playing survival mode. Players can only obtain one Dragon Egg in a world, although they can respawn the Ender Dragon and battle it again. After the death of the first Ender Dragon, players will receive this egg as a trophy for completing the game.

Unfortunately, the dragon egg does not hatch to spawn another dragon and can only be used as a decorative piece. Since only one dragon egg can be obtained in a world, it is the rarest item.

Note: This article is subjective and reflects the opinion of the author only.

2022-08-20
Previous Post: Minecraft: bedrock textures for llamas, horses and villagers bugged or not loading after v1.19.20 update, known issue
Next Post: How to get and use tropical fish in Minecraft in 2022