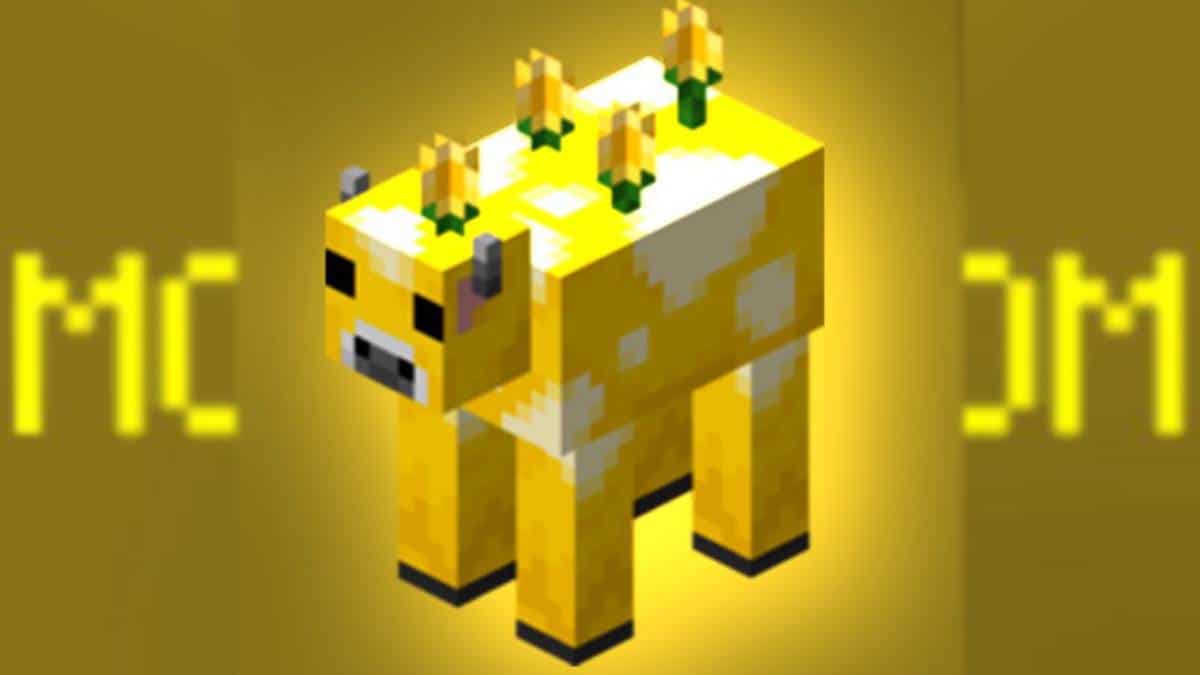 What are Mooblooms in Minecraft?

The Moobloom was a beautiful cow covered in buttercups. This was a variant of Mooshroom that you could only find in the Minecraft: Earth app. Minecraft: Earth was an app available for download on iOS and Android devices on the App Store and Google Play Store. Unfortunately, the app has been discontinued and is no longer accessible.

Fortunately, we have immortalized the Moobloom here. We’ll take a look at what they are specifically, how they performed, and if there’s a chance they’ll be brought back in the future.

What is a Moobloom in Minecraft?

The Mooblooms were a variant of the Mooshroom, a neutral cow-like mob. While Mooshrooms are red and white mobs (or a rare brown variant) that spawn with mushrooms on their backs and are still available in Minecraft, Mooblooms grew buttercups on their backs and were only in the now disappeared Minecraft: Earth. They were wonderful, wholesome creatures, and if you were lucky enough to find one, you could shear them for a buttercup!

The Moobloom’s body was yellow with white spots covering its entire body and head. He had two black eyes and four buttercups sticking out of them, three on his back and one on his head.

Other than those fascinating plant trails, Mooblooms behaved very similarly to regular Mooshrooms and cows. They walked around and browsed the grass. The yellow cow was the rarest cow variant and very hard to find. There was a low 0.6% chance that mobs of cows would spawn a Moobloom, making it a rare drop and an achievement when it spawned.

The Moobloom was actually one of the choices during the annual Minecraft Live mob voting in 2020. During Minecraft Live each year, players have a choice of three or four mobs to vote for, with the winner being added to the game. Moobloom went up against Iceologer from Minecraft Dungeons and Minecraft: Earth’s Glow Squid, sadly losing to the latter, which is a permanent feature in Minecraft as of 1.17, Caves and Cliffs Part I.

Will the Moobloom ever be in Minecraft?

The question remains whether Mooblooms will ever return to Minecraft. The Moobloom had a lot of fans, and still does, so much so that it made its debut in Minecraft Dungeons.

On the dungeon crawler’s second anniversary in May/June 2022, the baby Moobloom was added as a rare pet. You had to complete a special challenge to get the pet, but it’s a great way to show your devotion to the cute crowd.

As for the main game, it’s hard to give a definitive answer as to whether we’ll ever see the Moobloom, as Minecraft is constantly evolving and updating with new animals and mobs being added multiple times throughout the year. . However, for this reason, it’s entirely possible that Mooblooms will be added to Minecraft, but since it lost the Minecraft Live crowd vote, we’d be inclined to say it’s unlikely.