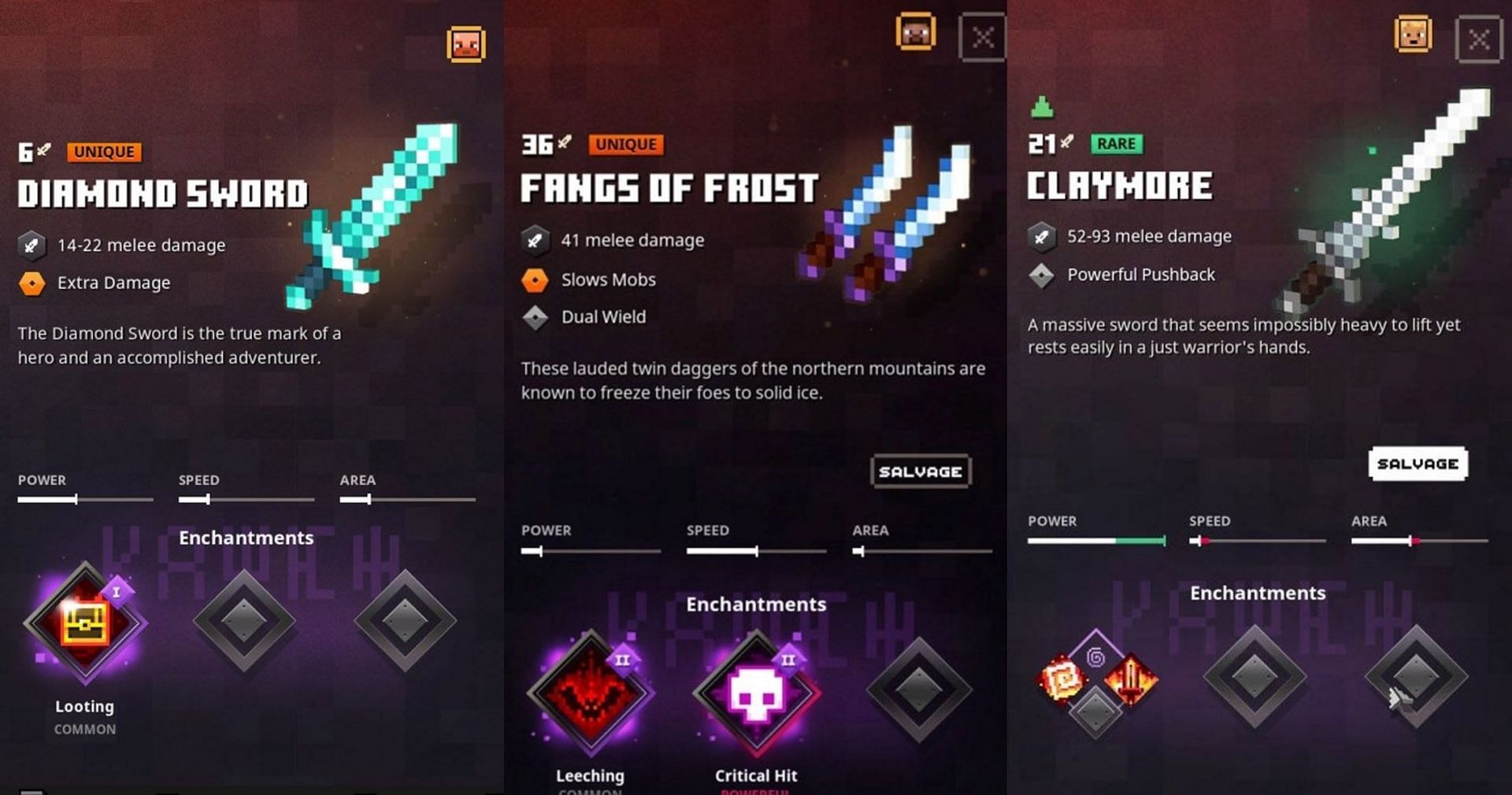 Where to get a Diamond Sword in Minecraft Dungeons

Looking a bit more intimidating than its counterpart in the original Minecraft, the Diamond Sword in Minecraft Dungeons is a unique quality melee weapon.

While far from the best melee weapon a hero can collect in Minecraft Dungeons, Diamond Swords still look great and can work well as an early to mid-game melee weapon. However, once as the difficulty increases dramatically, the heroes are likely better able to find other melee weapons to keep the hordes of enemies at bay. Anyway, for players hoping to find their own Diamond Sword, there are several ways to do so.

Minecraft Dungeons heroes who aim for their own diamond sword have a few options: loot it from certain locations, buy it from a merchant, or receive it from an ancient mob as part of an ancient hunt. All of these methods are quite viable, but some may work better than others or players may prefer some of them over the alternatives.

In Minecraft Dungeons, players can find Diamond Swords as described below.

Players hoping to receive a Diamond Sword in Minecraft Dungeons as loot can turn to four specific locations, which feature it in their loot tables: Creeper Woods, Creepy Crypt, Pumpkin Pastures, and the Nether Wastes.

In addition to looting them from a dungeon, Diamond Swords can also be purchased from Luxury Vendors and Piglin once they’ve been unlocked and spawned in a hero’s camp. The Luxury Merchant charges a lot and the Piglin Merchant needs Gold to trade, but the ever-changing inventories of both Merchants can sometimes provide an opportunity to purchase a Diamond Sword.

In Ancient Hunts in Minecraft Dungeons, players may encounter ancient enemy variants. One in particular, known as the Grim Guardian, is able to drop a diamond sword when defeated. It can spawn if a player offers at least one “A” rune and two “I” runes, and is a variant of the common zombie mob. However, he has an assortment of enchantments and is also protected by six necromancer monsters capable of healing him.