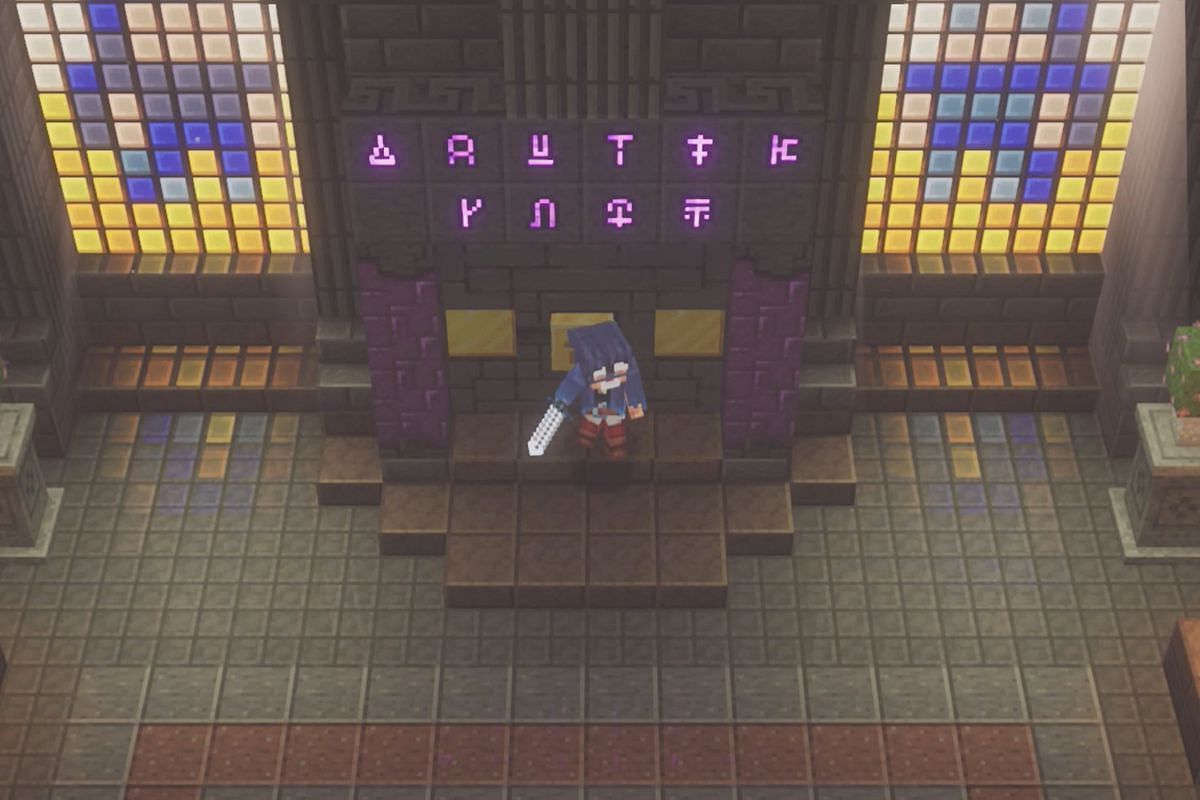 Where to get runes in Minecraft Dungeons

In Minecraft Dungeons there are some secrets hidden throughout the game, including secret levels. One of them is simply titled “???”, for confidentiality purposes, but fans of the game will quickly discover that it is the hidden cow level.

In order to reach this hidden level, there are nine runes that are hidden in levels behind secret doors. All nine must be collected before players can play the secret level. Here’s how to unlock runes in Minecraft Dungeons.

There is a very special caveat to finding these runes. Minecraft Dungeons requires players to complete the game before they can even find a rune. All campaign levels must be completed before embarking on this journey.

Players will have the ability to replay through levels to find the runes. Fortunately, any difficulty will work, so Minecraft Dungeons players can set it to the lowest difficulty and start searching. They also don’t have to complete the level. Just find the rune to advance.

The first level is Creeper Woods. The rune of this level is in the small town occupied by corrupt villages. Nearby there is a stone area. There will be a switch to open a hidden door. Players can enter, interact, and collect the rune that appears.

Freddie and I found all the runes in Minecraft Dungeons and entered the secret cow level! Another Easter egg hunter in the making!

Freddie and I found all the runes in Minecraft Dungeons and entered the secret cow level! Another Easter egg hunter in the making! https://t.co/xZne597yKW

In Cacti Canyon, players will need to collect the level keys. At the bottom left of this area, there is an enclosed section with enemies. When they are dead, approach the palm tree closest to the stone wall and there will be another switch for a rune.

In Soggy Swamp, players must first defeat the boss. After that, there is a large stone pillar around which mushrooms grow. Near this is another button for the third rune.

In Pumpkin Pastures, the rune is very close to the beginning. At the first house that burns, there is a hill with ramparts nearby. After the ramparts, behind some crates is the fourth switch.

In Redstone Mines, Minecraft Dungeons players will have to get to the point to save villages for the second time. The switch will be near the north wall near the crystals that are with a lantern.

In Fiery Forge, the rune is very easy to find. At the first door there are steps down to a prominent switch for the rune.

The Desert Temple holds the seventh rune. When players need the golden key, there is a switch in this room, although it is somewhat difficult to find. He has the next rune.

I’ve been playing Minecraft Dungeons for a while and finally got all the runes!

I’ve been playing Minecraft Dungeons for a while and finally got all the runes! https://t.co/fy0J32zFsp

The penultimate rune can be found in Highblock Hall. Towards the end of the level, there is a small village teeming with zombies. To the right, there will be stairs leading up to a level in the stone wall that bears the rune.

Finally, the last rune can be found in Obsidian Pinnacle. This one is in the library in the middle of the level.